They say you shouldn’t judge a book by its cover.

Equally, you shouldn’t judge a dessert by the fact that it looks like pieces of wall plaster, a point underscored by Opuses restaurant in Tokyo, Japan.

Despite its dull and industrial appearance, the restaurant’s £9 (1,500 Japanese yen) ‘Gray’ pudding has become its most popular dessert, simultaneously creating a stir on social media. The restaurant is revelling in this newfound publicity and told MailOnline Travel that it ‘totally agrees and loves [the] comments’ about the sweet treat resembling DIY detritus.

Above is ‘Gray’ – the signature dessert at Opuses restaurant in Tokyo, Japan, which looks like wall plaster

‘It looks like concrete [but] is actually very delicious,’ remarked Instagram user ‘tatine0319’ after their visit. Diner ‘re_ka_a’ compared the dessert to a ‘piece of cement’, while another patron, ‘_k.a.n.a.s.u.g.a.r’, likened it to ‘wallpaper ice cream’.

And when ‘mimimimimitsu32’ shared a picture of her ‘Gray’ dessert on Twitter, several users jokingly replied with pictures of peeling wall plaster.

What’s inside it? First, there’s a layer of pistachio mousse, dolloped with scoops of berry ice cream. The piece de la resistance is the shards of black sesame meringue that are placed atop the dish. 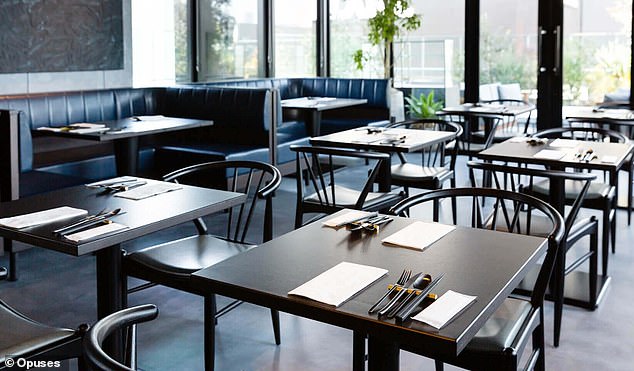 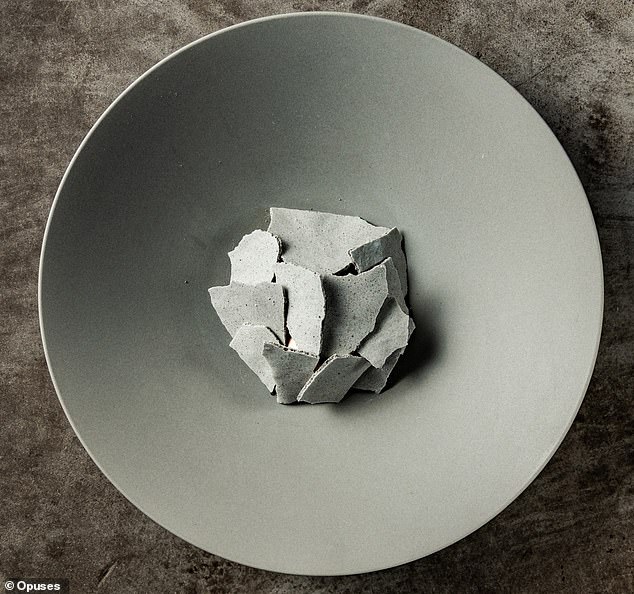 The restaurant, which is part of The Royal Park Canvas – Ginza 8 hotel, recommends savouring the unusual dessert with a glass of Champagne.

According to Opuses, the unlikely dish ‘melts in the mouth’.

You can’t whip up the dessert at home – it’s actually quite technical and time-consuming to create, Opuses reveals. 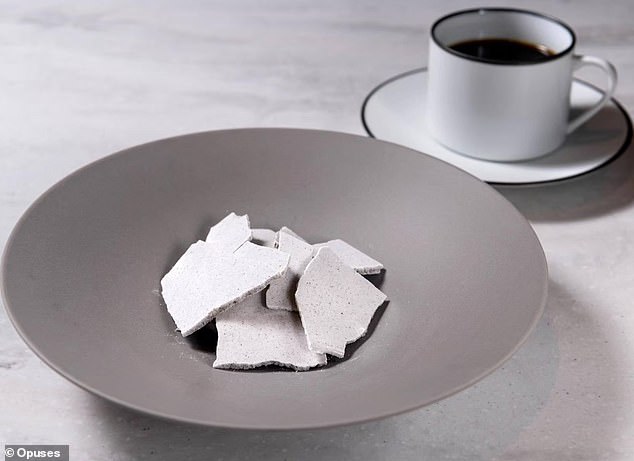 Despite its dull and industrial appearance, the £9 (1,500 Japanese yen) dish has become Opuses’ most popular dessert

Luckily for those hoping to try it, ‘Gray’ is a set menu item – and has even been named as the French-fusion restaurant’s signature dessert.

Its name was inspired by the restaurant’s ‘concept colour’ – grey.

The dessert appears on the restaurant’s afternoon tea menu, alongside more traditional bakes such as carrot and cheese tart and caramel mousse salt meringue. 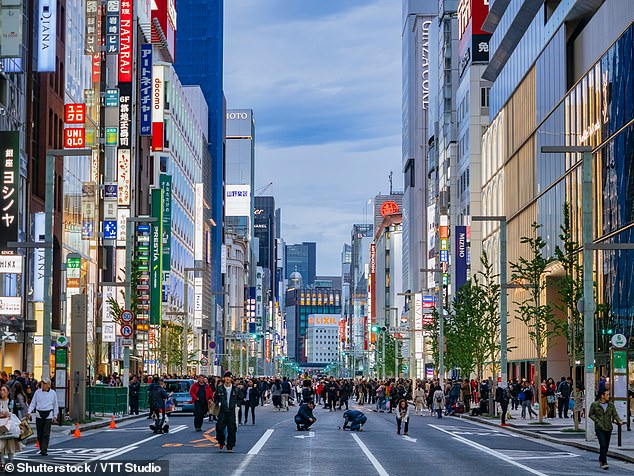 While the ‘Gray’ dessert has attracted a fresh new crowd to Opuses’ tables, the restaurant was already a destination for foodies, as chef Yusuke Ikui – head chef at the Michelin-starred restaurant ‘Ode’ in Tokyo – oversees its menus.

The restaurant is also popular for its rooftop terrace, which offers views across the bright lights of the Ginza shopping district.

Real-life Star Wars: The lunar landscape of Turkey’s Cappadocia will leave you moonstruck

Ex-footballer whose reaction to £1m jackpot became online hit has quit his job to...