World Cup: Lionel Messi admits Argentina’s victory over Mexico is a ‘weight off his shoulders’

Lionel Messi confessed it was a weight off his shoulders to have Argentina’s fate back in his hands after inspiring his team to victory.

Messi scored the crucial opening goal in a 2-0 win against Mexico in the Lusail Stadium and help the South Americans ease the pain of Tuesday’s humbling against Saudi Arabia at the same venue.

‘Given the defeat we didn’t expect the days were very long and we were eager to have the chance to turn it around,’ said Messi. ‘We knew this was a critical game because if didn’t win we were out and if we won we had another chance. 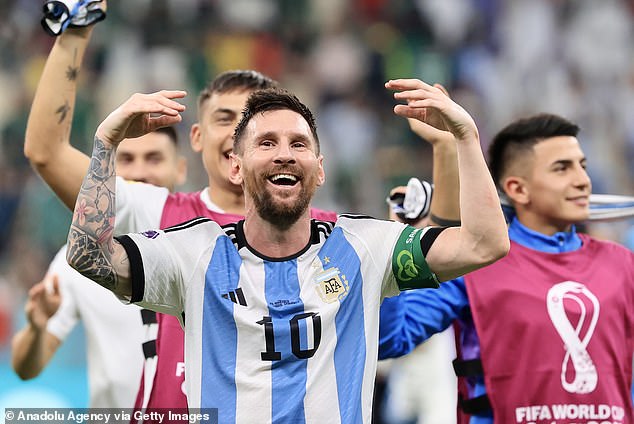 ‘Luckily we won and it is a weight off our shoulders, a reason for joy and peace of mind because it is all down to us again.’

Messi broke the deadlock with a crisp strike in the 64th minute and sub Enzo Fernandez added a second in the closing stages.

‘The first half was difficult, due to the situation and our need to win,’ added Messi. ‘We couldn’t any find spaces, we were not moving the ball but that was normal given the situation.

‘Everything was at stake but in the second half we played our game. We showed what we stand for. Possession, space between the lines, moving the ball closer to the area and then the goal changed the game.

‘We needed to win to bring peace of mind and start again, do again what we stand for. Then to approach the Poland game in a different way.’ 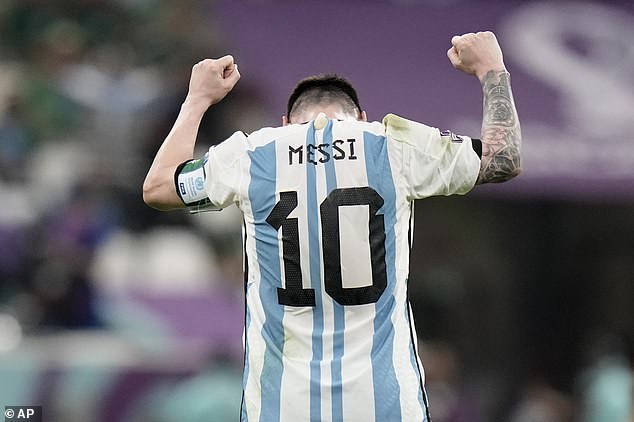 After the match, the Argentine maestro admitted it was a relief to have secured a victory

Argentina boss Lionel Scaloni urged supporters to lighten up, lift the pressure and enjoy the World Cup, enjoy Messi and let the little maestro enjoy himself too.

‘It’s a football game,’ said Scaloni. ‘The feeling you are playing more than a football match is not nice. And I don’t share this opinion. We need to make adjustments. We should have more common sense.

‘We will try to make them feel like this is a football game. Otherwise, every time we face something like this, the feeling we have will be relief. It’s difficult to make people understand tomorrow the sun will shine whether you lose or not. 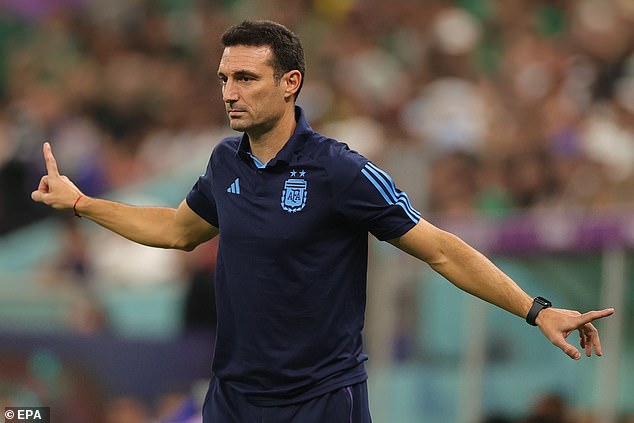 Scaloni hailed the 35-year-old as the best in the world. ‘We know for many years,’ said the Argentina boss. ‘It is thrilling to see them all playing. If you don’t feel identified with this squad it’s because you don’t want to.

‘We’ve been playing well. They leave everything on the pitch and the way they represent their country is the key, what it means to play for these colours, this jersey.

‘They faced a really tough match against a wonderful opponent and with big responsibility on shoulders. I’m very proud of all my players and excited about what they did.’ 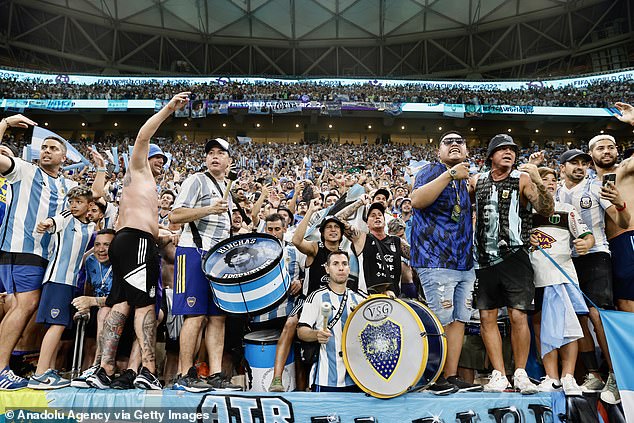 The manager also urged fans to lighten up, lift the pressure and enjoy the World Cup

There is work still to do. Argentina have not qualified but they can win Group C by beating Poland on Wednesday.

‘It will be difficult,’ said Scaloni. ‘All teams play with different styles but every team changes for us and not only because Messi is there but because they fully respect Argentina.

‘This increases the difficulty of the match. We will win this game, that’s what we all want. And if not we will bring our ‘A Game’ as we did today.’