The current chief executive of AFL club Western Bulldogs has described revelations of child sexual abuse at the club’s Western Oval administrative offices during the eighties as ‘devastating’.

An ABC investigation revealed that football fan Adam Kneale was systemically abused at Footscray Football Club over seven years between 1984 and 1990.

Graeme Hobbs was the perpetrator of the horrific crimes during the time he held roles at the club that included chairman of fundraising and Under-19s team room steward. He is now dead.

Hobbs was convicted in 1994 but Kneale claimed the club had not contacted him since then, despite having knowledge of the events that have left him suffering from post-traumatic stress disorder (PTSD) and anxiety.

Western Bulldogs chief executive Ameet Bains responded to the ABC report and acknowledged the abuse that he suffered.

‘We have been shocked and dismayed to learn about the terrible abuse suffered by Adam Kneale in the 1980s, the confronting details of which were set out in today’s ABC article,’ Bains said.

‘What Adam was subjected to as a child — and the impact it has subsequently had on the remainder of his life — is heartbreaking and distressing.

‘Football clubs should be a safe and enjoyable place for all people, especially children, so Adam’s experiences and the fact that elements of this abuse occurred at the hands of a Footscray Football Club volunteer are simply devastating. 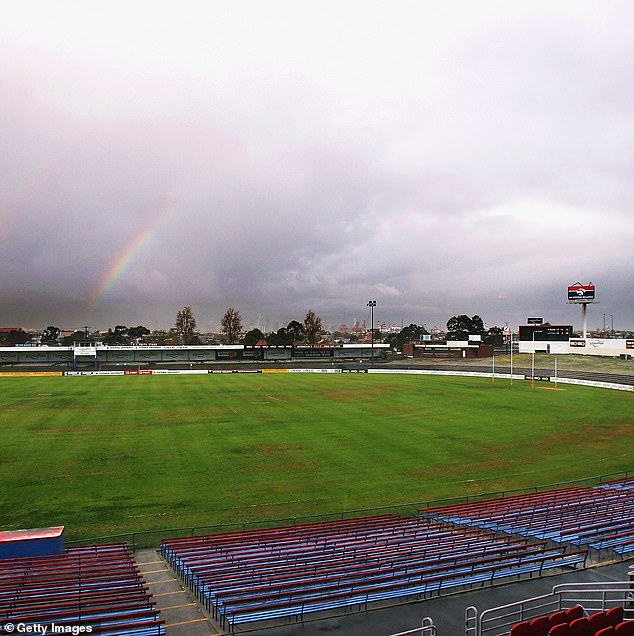 The Bulldogs’ former home ground, Whitten Oval – formerly known as Western Oval – is one of the places Kneale was abused as a child

The Bulldogs released a statement saying that Mr Kneale would be supported by the club moving forward.

‘We applaud Adam’s courage to come forward and share the details of his story and we cannot begin to understand the trauma he and his family have been forced to deal with for more than three decades,” the Bulldogs statement said.

‘While these matters were investigated by Victoria Police and relevant authorities in the early 1990s, resulting in a number of charges being laid, a criminal conviction being sustained, and a subsequent jail sentence being served by the principal offender, we understand and acknowledge that the pain continues to this day for Adam.

‘The club will seek advice from police and expert agencies to ensure Adam and anyone else who may come forward are appropriately supported.’