Wayne Player, son of the legendary Gary Player, has revealed he is banned for life from the Masters for his tacky ambush marketing stunt while a tribute was being paid to Lee Elder at the 2021 Honorary Starters Ceremony.

Acting as a caddie, Wayne Player was on the first tee for the ceremony with his father, Jack Nicklaus and Elder – the first African-American to play in the Masters. During a speech from chairman Fred Ridley in tribute to Elder, Wayne Player, who was stood behind him, held up a packet of golf balls with its brand on show.

Elder’s poor health meant he was unable to play a tee shot, as is tradition in the ceremony, alongside Gary Player and Nicklaus. He died six months later, in November 2021.

Now, speaking to Golf Digest, Wayne Player says he wrote a letter to chairman Ridley and Augusta National to apologise for the gesture but is now banned.

‘It said thanks but no thanks,’ Wayne Player said of Augusta’s reply. ‘It said, you know, we appreciate you reaching out and apologising, we accept your apology, but we are not changing our position, we are not going to allow you back. You ruined a special moment in the history of the game of golf.

‘They say there’s no such thing as bad publicity, I found out that that’s not quite true.’ 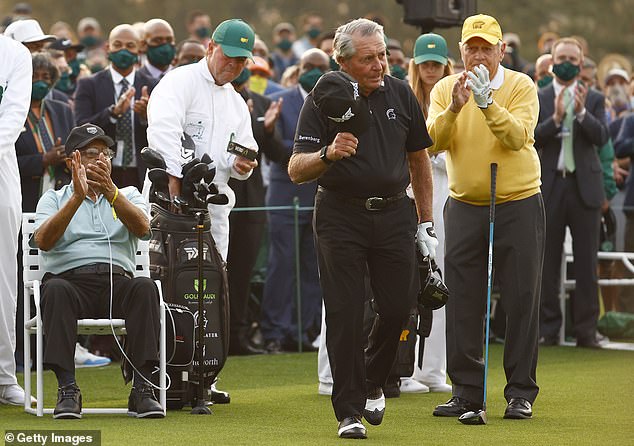 Wayne Player also claimed that he spoke to Elder, who he says held no hard feelings for his stunt during such a poignant moment.

‘I’ve got Lee’s cellphone number. I called and I said, “You know, Lee, I love you guys”. You know, everyone said I was disrespectful for a special moment in time for Elder. I said I was sorry, and I didn’t mean to take up his special time.

‘He said, “Wayne, you know how much I love you. Right?” It didn’t cross his mind. That’s important for people to know,’ Player said.

And speaking of his Augusta ban, he continued: ‘I don’t mind letting people know.

‘To be completely transparent I think it is a cool story because you know, the (Augusta) National never really came out formally and said, “Oh, we’re, you know, not allowing Wayne Player to come back to the Masters.” They never ever said that to the media. That’s just the way they do it. They don’t say much.’

Gary Player was criticised at this year’s Masters event for wearing a Golf Saudi logo during the ceremony.

The nine-time major champion is a Golf Saudi ambassador and launched a defence of Phil Mickelson, who was missed the tournament after backing a proposed breakaway Saudi golf league despite describing them as ‘scary mother*******’ and  saying they ‘have a horrible record on human rights’.

Gary Player, 86, said: ‘I have a special thought on Phil Mickelson. I think we live in a time now when we are such a judgmental society, a litigious society, a critical society, where people get crucified. 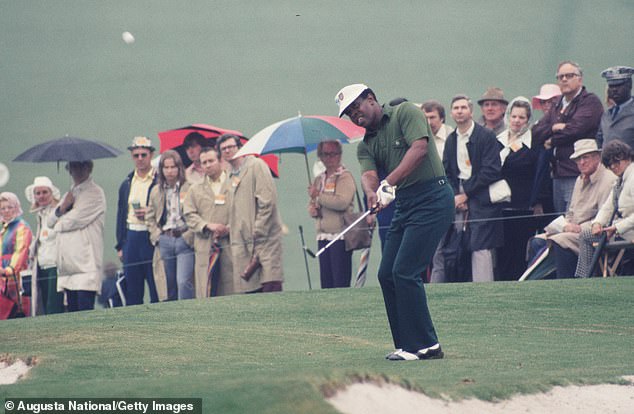 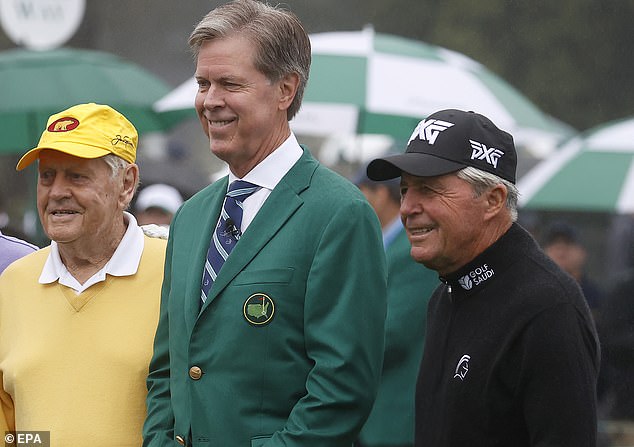 ‘The greatest PR man on the golf Tour in the last five or X amount of years has been Phil Mickelson. He has been the ideal man for a sponsor, for professional golf, for the public, the way he’s handled the public, with dignity and with love.

‘And he makes a mistake, which every one of you in this room have made a damn mistake. We all have. And he said he’s sorry. But even the Lord God will forgive you of your iniquities if you ask for forgiveness.

‘He said terrible things, but we all make mistakes. Hold your head up high. You’ve made a mistake. Everybody makes a mistake. And he should go on with his life.’

Jesse Marsch claims Leeds were on the verge of signing Cody Gakpo in the...