Copyright 2021 - All Right Reserved
Home » US World Cup return vs Wales viewed by 11.7 million Americans – up 5% on 2014 tournament opener
Sports

US World Cup return vs Wales viewed by 11.7 million Americans – up 5% on 2014 tournament opener

US World Cup return vs Wales viewed by 11.7 million Americans – up five percent on 2014 tournament opener against Ghana as Gregg Berhalter’s men surrendered its lead late on in Qatar

The United States´ opening 1-1 draw with Wales at the World Cup was viewed by 11.7 million for its English- and Spanish-language broadcasts, up five percent from the Americans´ 2-1 win over Ghana to start the 2014 tournament.

The game Monday, which kicked off at 2 p.m. EST, was seen by 8,306,000 for Fox´s English-language telecast and 3.4 million for the Spanish-language offering on Telemundo, Telemundo digital and Peacock, part of Comcast Corp.’s NBCUniversal.

Fox said the match was viewed by 563,000 on streams, the network´s group-stage high since taking over U.S. English-language rights for the 2018 tournament. There were 1.0 million streams on Telemundo and Peacock, the most-streamed Spanish-language World Cup match. 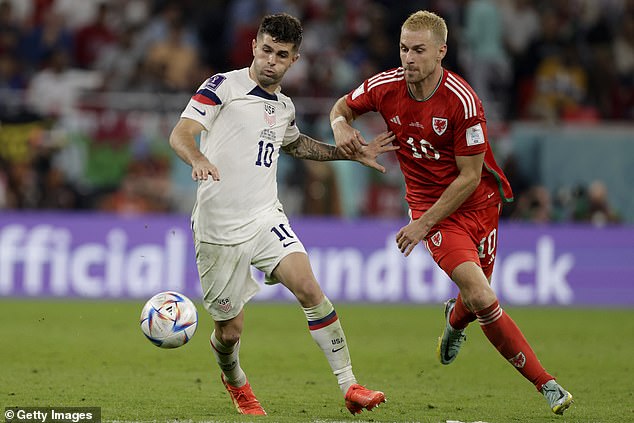 Despite leading for most of the match, the USA gave up a penalty Wales converted to tie it 1-1

That was down from 17.3 million on ABC and Univision for the Americans´ opening 1-1 draw against England in South Africa in 2010, a game that started at 2:30 p.m. EDT on a Saturday in mid-June. 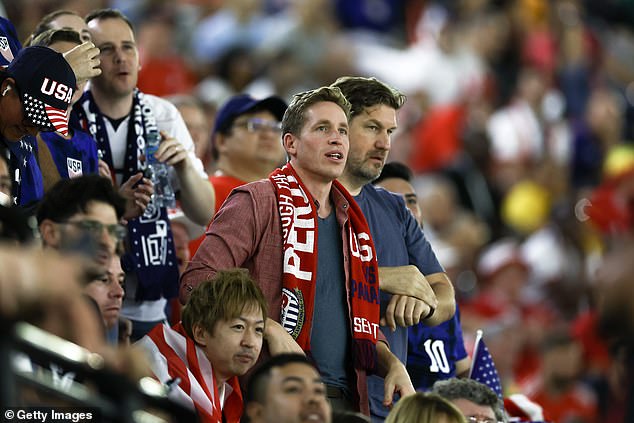 While the viewing numbers were impressive, the results of the game were not as wonderous.

After leading for most of the match, the United States gave up a crucial penalty kick within the final ten minutes of the game – which Wales converted to bring things to 1-1.

Up next for the USMNT is a crucial and highly anticipated matchup against England that is sure to be one of the games to watch at this World Cup.

England put on a dominating performance against Iran in their group stage opener – winning by a score of 6-2.