An international cricket great is the latest to weigh in on the shock retirement of Australian tennis champion Ashleigh Barty.

The women’s world number one stunned the sporting world in March when she announced her sudden retirement at the age of 25, saying she had nothing more to give and wanted to pursue other interests.

Weeks later, the keen golfer confirmed she will line up with and against 28 of the biggest names in world sport at the inaugural Icons Series golfing event in the US.

She will team up with South African cricket legend AB de Villiers, who himself retired from all forms of the game earlier this year.

He and cricket tragic Barty became good friends after they first met three years ago when de Villiers was in Australia playing in the Big Bash League.

Like most sporting stars, de Villiers was floored by Barty’s retirement bombshell.

‘It is a weird one to explain,’ de Villiers told AFP.

‘I think the best answer is that every person has their own way of manoeuvring through their career, some as long as possible.

‘The whole world respects her decision. I would like to think stepping away can be a relief but it is an incredible age to retire at.’

‘I am feeling quite happy I made the right decision even if I miss the game and will be forever grateful to the sport,’ he said.

‘But similar to Ash there is a peace of mind where I am at. 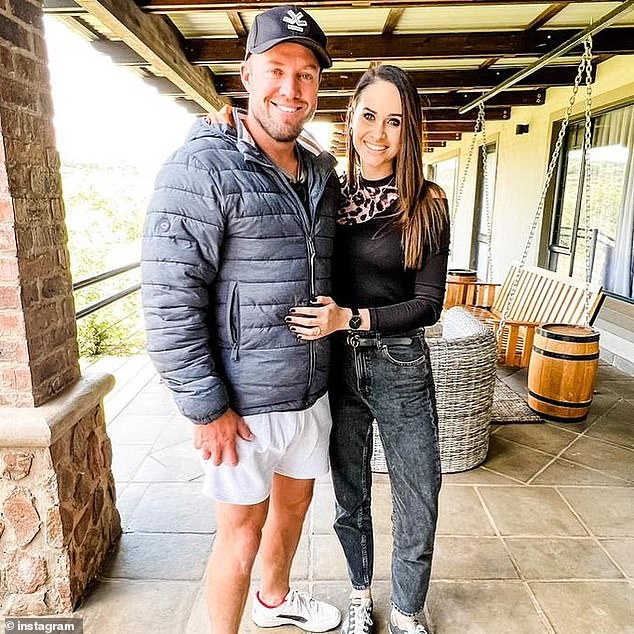 ‘I am really happy to look back on my career with fond memories.

Barty and de Villiers will be part of Ernie Els’s Rest of the World Team at the star-studded tournament in June.

The inaugural Icons Series golf event in Jersey City from June 30 to July 1 and will be televised live in Australia. 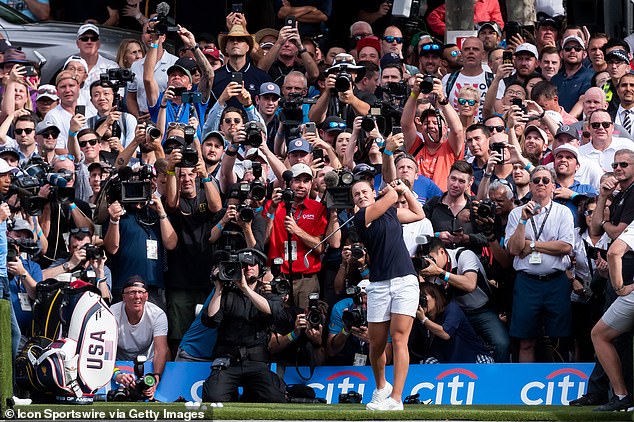 Barty grabbed the world No.1 spot on June 24, 2019 after her maiden grand slam title at the French Open.

She held onto the top ranking until her retirement and ended her career on a high by winning the Australian Open in January, six months after achieving her childhood dream of winning Wimbledon.

Barty fought back tears as she made the bombshell announcement, saying she was physically and emotionally ‘spent’.

‘It’s the first time I’ve said it out loud, so it’s hard to say but I’m so happy and I’m so ready,’ she explained to close friend Casey Dellacqua in March.

‘I know I’ve done this before but in a very different feeling and I’m so grateful of what tennis has given me, all of my dreams plus more but I know the time is right now for me to step away and to put the rackets down.’ 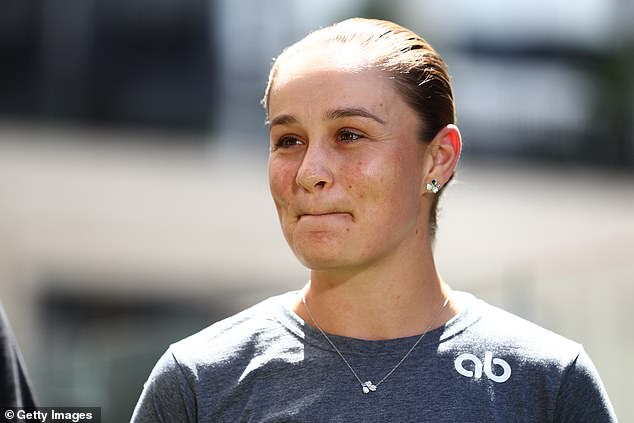