‘I think I’ve earned the right to step back’: Roy Hodgson confirms that he will leave Watford and go back into retirement at the end of the season, as the veteran manager, 74, receives CBE at Buckingham Palace for his services to football

Former England manager Roy Hodgson has confirmed that he will not be staying on as Watford manager next season, with the Hornets all but relegated from the Premier League.

The 74-year-old was appointed Hornets boss in January and was tasked with keeping the club in England’s top flight, but last weekend’s 2-1 defeat at home to relegation rivals Burnley has all but consigned them to the drop.

Watford now sit 12 points behind Burnley and Leeds in 16th and 17th respectively, but have just four matches remaining, meaning they would need maximum points and their rivals to lose every match left to be played this season.

Hodgson told Sky Sports: ‘Obviously, it’s a short-term [deal]. Certainly, I made it clear [to the Watford board] it would need to be a short-term one between now and the end of the season.

‘I took that job on and came out of retirement to do that particular job. Now that job has unfortunately ended.

‘I’ve enjoyed my time doing the job. I don’t think I shall be putting my name forward anymore for further sorties in the world of Premier League football. 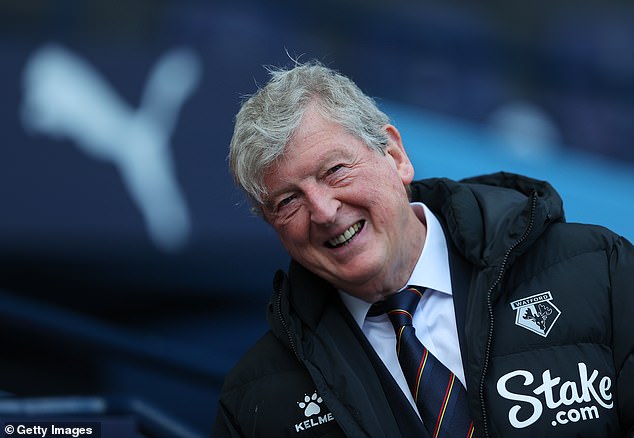 Hodgson, 74, feels he has earnt the right to step back into retirement at the end of the season

‘It’s a very demanding world and I think I’ve earnt the right to step back and enjoy some free time and spend some time with my wife and son.’

Hodgson started coaching in 1976 at Swedish club Halmstads BK and has since held 21 permanent management roles, spanning over eight different countries, including at the likes of Liverpool, Inter Milan, Fulham and Crystal Palace among many others.

Hodgson also received a CBE at Buckingham Palace at the first major investiture to be staged at the Queen’s London residence since the start of the pandemic, more than two years ago. 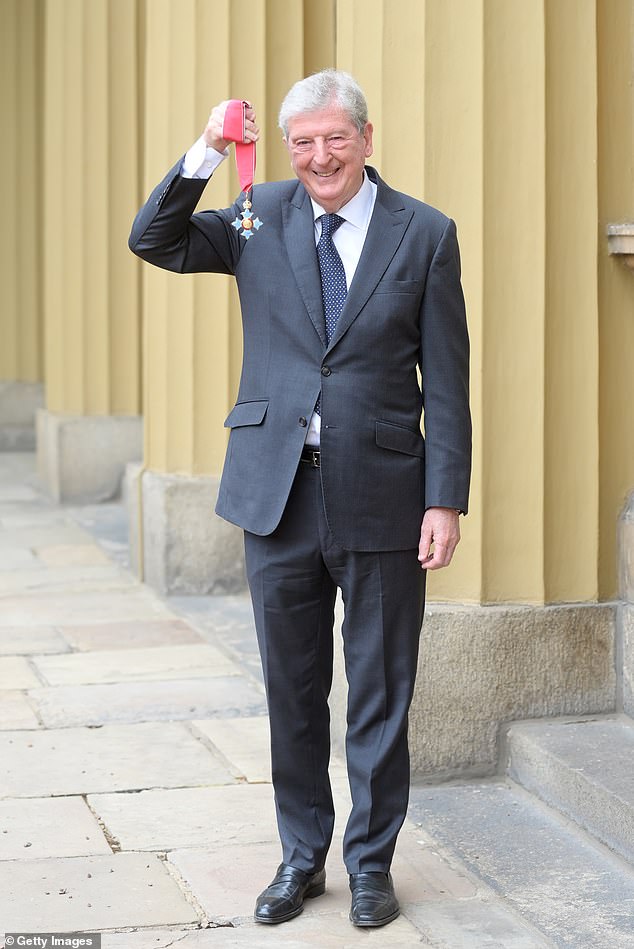 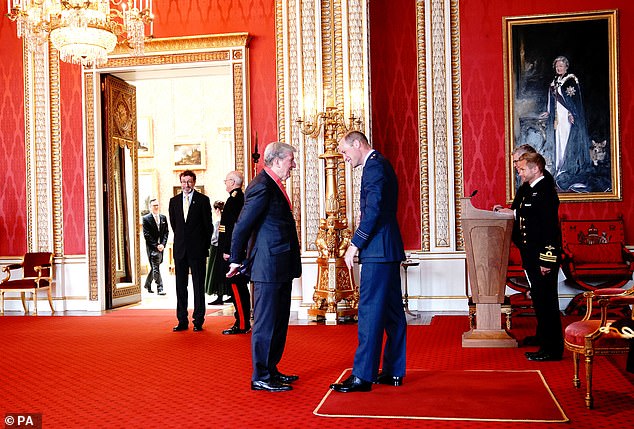 Hodgson, who was England boss during a four-year stint from 2012 to 2016, was made a CBE in the 2021 Queen’s Birthday Honours list for services to football.

The former West Bromwich Albion boss was ‘honoured’ to receive an award for his efforts in the sport.

‘It’s a fantastic honour, there’s no doubt about that and I’m really very proud to have been invited here today to and to receive it from the Duke of Cambridge. It’s been an excellent day.

‘It certainly wasn’t the case of coming in and having a quick word and then being dismissed.

‘I really got the feeling that we had the chance to talk, but most importantly of all it was very nice to receive his congratulations and for him to say that he was pleased to confer the honour on me.’