It was opened during the 2019 World Cup in the heart of east London at the old Leyton County Ground, where Herbert Sutcliffe and Percy Holmes once put on a world record first-class partnership of 555 for Yorkshire against Essex.

Now the Leyton Hub is providing an antidote to the racism storms that have engulfed cricket.

Nasser Hussain, raised in south Essex, went back to his old stamping ground to talk to his friend and former Essex second XI player Arfan Akram, now east London cricket operations manager for Essex cricket, to see whether the Asian and Afro-Caribbean communities really are engaging with the game. It is what Essex, faced with historic claims of racism themselves, did next.

Nasser Hussain: When we were growing up we learnt cricket at my dad’s shed, the Ilford Cricket School. This place looks a bit better! How and why did it come about and how important is it to the local communities?

Arfan Akram: The ECB set up a South Asian strategy and on the back of that came the South Asian Action Plan. One of the aims was to build an urban hub and we were fortunate in that the work of Essex in east London had already started, in 2013. The passion for cricket was obvious here, so we became the ECB pilot scheme. There are others being set up by ECB around the country now.

Hussain: Was it a failing of Essex cricket before all this? Was the nurturing of the Asian communities the missing piece in the jigsaw?

Akram: For the amount of cricket being played in this area, it was not producing enough players for Essex. When I was a young lad I didn’t quite understand what the pathway was but now there are clear opportunities on the simple principle that we don’t want anyone to be missed. 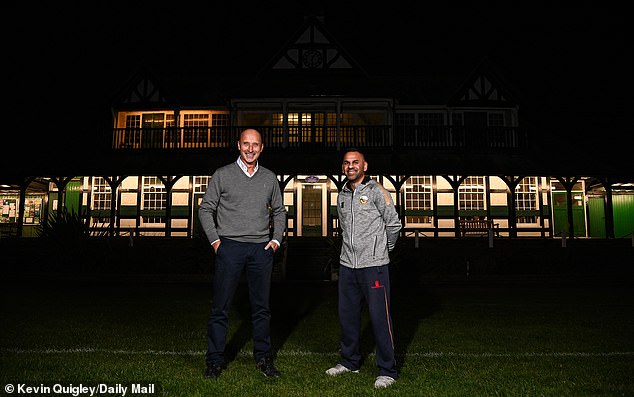 Hussain: When I was growing up there was a feeling you had to be 50 per cent better as a British Asian or from the Afro-Caribbean community to make it ahead of your average white privately educated schoolboy. Is that right and has it changed?

Akram: The evidence would suggest that was right in the 1980s, 90s and into the 2000s. The key for us was whether those communities were neglected or whether we were doing this because it’s the right thing to do. If we want to put our wrongs right we don’t want to do it simply as a box-ticking exercise. We want to do it to change the game.

Hussain: So, what were your thoughts when you saw Azeem Rafiq open up to MPs over what he has been through?

Akram: It was so hard to watch, especially when he said he wouldn’t encourage his child to play the game. I compare his statement to when Michael Holding stood with you at the Ageas Bowl. Cricket is now doing what society is doing. Pausing, reflecting and thinking about what needs to be done. We were already on a journey but that showed there’s a long way to go. 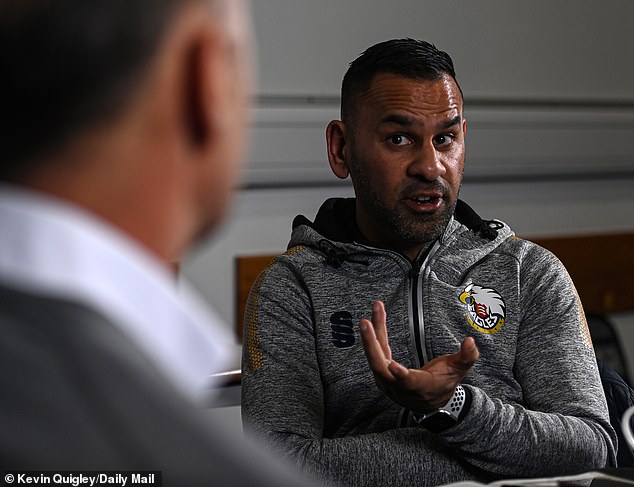 Hussain: What started as a Yorkshire problem quickly became a country-wide problem. And an Essex one. Three former players in Maurice Chambers, Jahid Ahmed and Zoheb Sharif made allegations of racism from their time at the club. Essex faced charges of bringing the game into disrepute by the ECB and we await the Newton Report into the affair. What did you make of all that?

Akram: I know all the lads involved so it hurts. Investigations are ongoing so I don’t want to influence that. What I would say is that the allegations were historic. There’s been a huge culture change. I think a lot has been learned and it goes back to when Chris Silverwood became first-team coach. He was very keen on all the players celebrating each other’s beliefs and being empowered by them. It helped us because it came from the top.

Hussain: Did you ever experience racism as a player coming through at Essex?

Akram: I faced discrimination. There was ignorance. It was a societal thing. It was class as well as race. But it made me stronger. I’m not saying it’s right but it’s how I dealt with it. 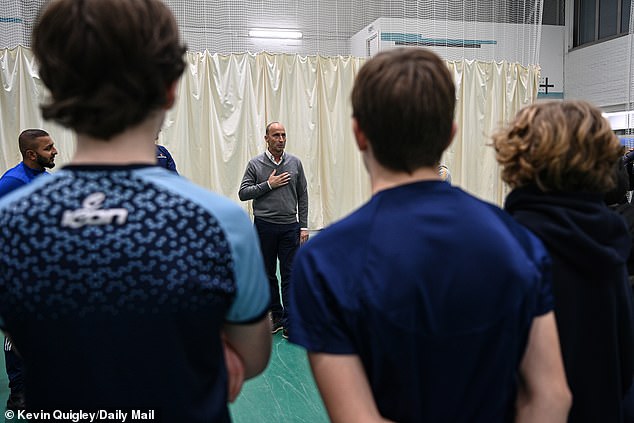 Hussain: There have always been lots of Asian kids in particular at Ilford in my day and now in age-group cricket and academies. But I’m still not seeing them in great numbers in first teams. Is there any reason they dwindle away?

Akram: We were looking at this before Azeem said what he did. In the past, communities wouldn’t engage with us because they just felt we were interested in taking their talent and making them join a traditional league. In the last four or five years they have shaped our thinking.

We have looked at the barriers stopping them from fulfilling their potential. Finance. Giving them access to equipment, facilities like this and coaches with knowledge of the communities. We’re training British Asian coaches who have ambition and aspirations. They know how to get the kids on the right paths. Mikey Holding once said, ‘You can’t be what you can’t see’. We’ve had Ravi Bopara come here to give a T20 masterclass. You’re here now. It’s super powerful.

The pair are joined by a number of coaches, including Asher Roberts, the ACE development officer for Essex cricket

Hussain: Asher, when I played for England my first room-mate was Phil DeFreitas. I also played with Devon Malcolm, Gladstone Small, Dean Headley, Alex Tudor, Mark Butcher. The list goes on. Had the black community disappeared from cricket or, like the Asian one, were they still there and perhaps not making their way through?

Roberts: The West Indian community still love the game immensely. But the ACE programme is doing so much to get as many black people playing cricket as possible and the message is strong. What we have always needed are more role models. Seeing what people such as Jofra Archer and Chris Jordan are doing with England and Ebony Rainford-Brent with ACE is like a light in a dark tunnel.

Hussain: There was more controversy recently when Middlesex chair Mike O’Farrell appeared to suggest the problem is that black kids prefer football to cricket?

Roberts: I can see what he was saying. If you ask any black kid which game they prefer these days, most would say football. It’s quicker, faster, more energetic and not as long. That’s why, when the Hundred came along, we tried to make our sessions shorter, more exciting and fun. Shorter variations have helped with the black community. 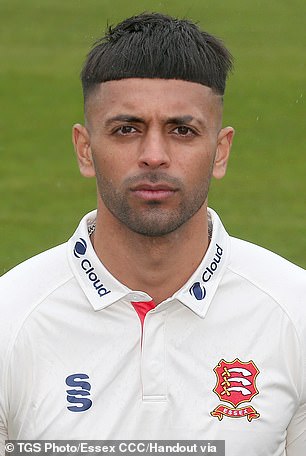 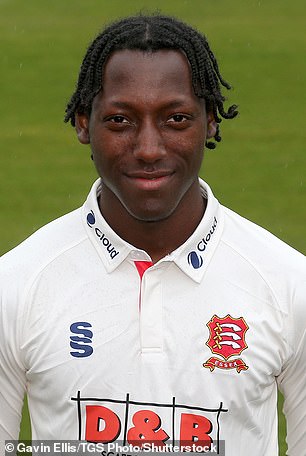 Hussain: How about what O’Farrell said about Asian kids prioritising education, Arfan? You played first-class cricket but also went to Cambridge University.

Akram: That’s the perception we have had to challenge. And, looking at Middlesex, they have done some fantastic work in the last 10 years. And if their chair had talked of all the good things that are being done in his county now it would have painted a truer picture. I think he got it wrong but those discussions do need to be had. I’m hoping if he’s interviewed in 10 years’ time, he won’t be in a position to say the same things.

Hussain: And when will we see more role models in the Essex team?

Akram: It’s been building for nearly 10 years and we are seeing the results. Look out for Feroze Khushi, Robin Das, Eshun Kalley and Jamal Richards, who was the academy player of the year last year and went to the same school near here as Graham Gooch. If we get the culture right we will see more. We started that journey under Chris Silverwood and it is gaining momentum.