‘You’ve never seen a guy more disappointed to kick a goal’: Moment Tom McDonald hangs his head in shame after stealing a goal that belonged to teammate James Harmes

By Ollie Lewis For Mailonline

Tom McDonald will have some explaining to do in the sheds after the Melbourne star stole a certain goal from team-mate James Harmes during his side’s clash with Hawthorn.

The Demons, aiming to extend their perfect record this season with a seventh straight win, overcame a slow first quarter to take a nine-point lead into half time on Saturday afternoon.

However, coach Simon Goodwin may have to deal with a frosty atmosphere after McDonald denied one of the goals of the year from Harmes which left the midfielder raging at the MCG.

Shirking off a challenge inside the forward 50, Harmes found space to attempt an audacious shot with the outside of his right boot. His effort was sailing towards the goals where only McDonald was standing.

Yet instead of letting the kick fly through the posts, McDonald grabbed the footy and the umpires awarded the mark, much to Harmes’ disbelief.

From point blank range, McDonald put the ball in the stands but he barely lifted his gaze from the turf, fully aware that he will have questions to answer from his furious team-mate in the rooms. 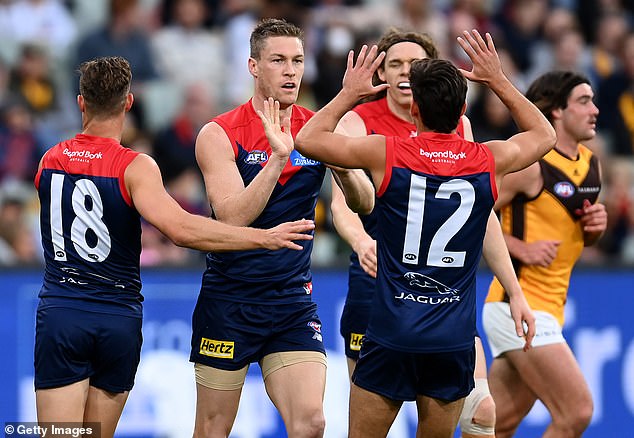 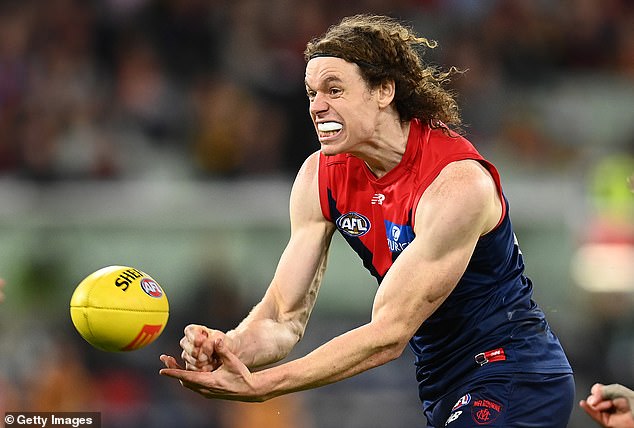 The Demons are unbeaten this season and in every game they have outscored their opposition in the third term, known as the premiership quarter.

They kicked clear again after halftime and it proved crucial, with the Hawks keeping Melbourne goalless in the last term.

Adem Yze stood in for Goodwin and he continued this season’s perfect record of assistant coaches who have taken over because of COVID-19. 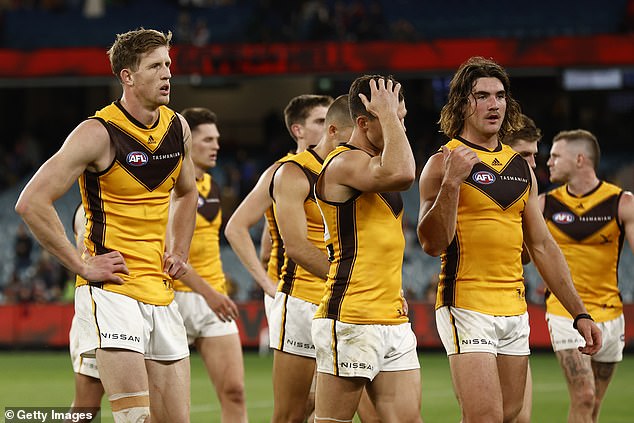 The Hawks were in charge early and kicked three of the first four goals of the game to put Melbourne on the back foot.

The Demons did not hit the front until the first goal of the second term, when returning key forward Tom McDonald took the gloss off teammate James Harmes’ fine work.

Harmes’ shot would have been a candidate for goal of the week but McDonald marked on the goal line.

As late as 12 minutes into the third term, the Hawks only trailed by nine points to keep pace with the highly-fancied Demons. 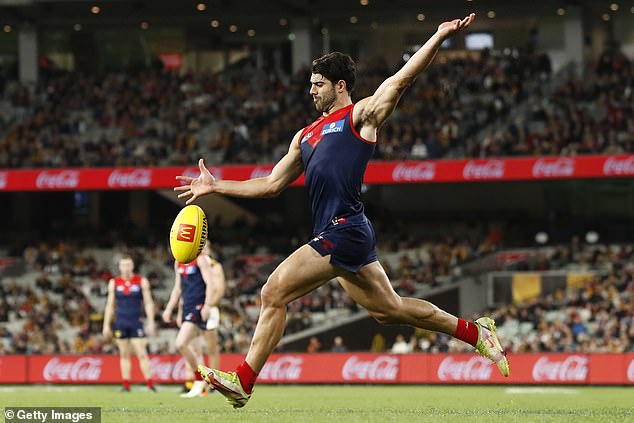 But Melbourne then stepped up a gear, kicking four goals in a row to kill off the match.

They kicked six goals to three for a 28-point lead at the last change.

Ben Brown kicked four goals for the Demons and Jacob Koschitzke had the same return for Hawthorn, while Hawks on-baller Dylan Moore and captain James Sicily were their best.