Gary Neville defends pumping millions into Salford City with Class of ’92 despite huge losses of £91,000-a-week as the Manchester United legend insists they do NOT need promotion to lift financial pressure

Salford City chief Gary Neville has defended the millions he has pumped into the club despite huge losses revealed this month – and says there is no financial pressure on the team to get promoted.

But after three seasons in League Two, it has been announced that Project 92 Limited – the company run by the himself and his fellow United legends – lost more than £4.7m last year, equating to around £91,000 per week. 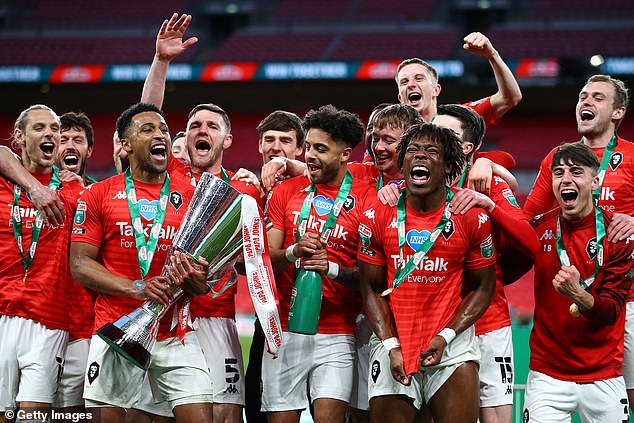 “I’ll probably be more annoyed at Old Trafford later on when I go and do that game!” 😅

Gary Neville assesses Salford City’s season so far ahead of a must-win game in League 2 against Mansfield Town 🔊 pic.twitter.com/tew2icl8T3

Neville was in the stands to watch his Salford side’s must-win game against Mansfield Town – which the team had to win to stay in contention for a League Two play-off place – but they missed out after a 2-2 draw.

He stood by his massive investment and said the owners were all ‘comfortable’ with what they were putting in and have only used the money they have – insisting they still believed in the cause.

‘We’ve invested enormous amounts of money in the last seven or eight years. But it’s all myself, David, Ryan, Paul, Nicky, Phil and Peter. 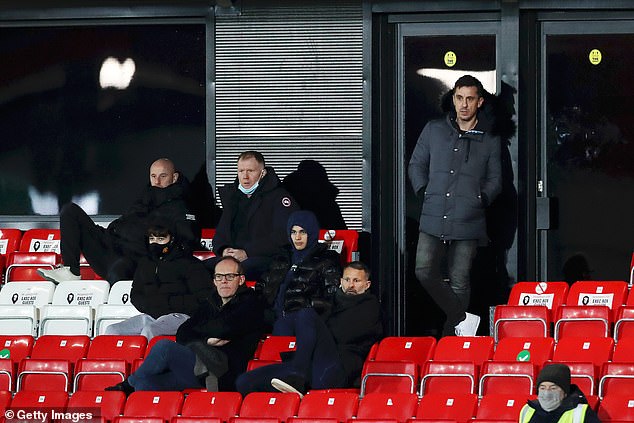 Neville said himself and other United legends – including Nicky Butt, Paul Scholes and Ryan Giggs – were ‘comfortable’ with the money they were putting into the club

‘Peter owns 50 per cent, we own 50 per cent. We’ve put lots of money in ourselves. We’ve chosen to do that. I’m not against owner funding. We put it in at the start of the season. The club is obviously robust in that sense.

‘We only spend the money that we have. It is a lot of money to lose but we’ve come up from step eight and had to spend millions and millions of pounds on this stadium. And we knew that was going to happen at the very beginning. We do one day long for sustainability at the club.

‘But we’re trying to build a fanbase in a city that’s not had a Football League club ever. It’s new to us.’ 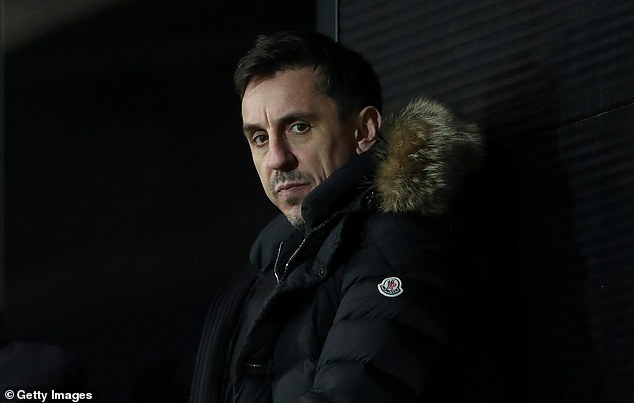 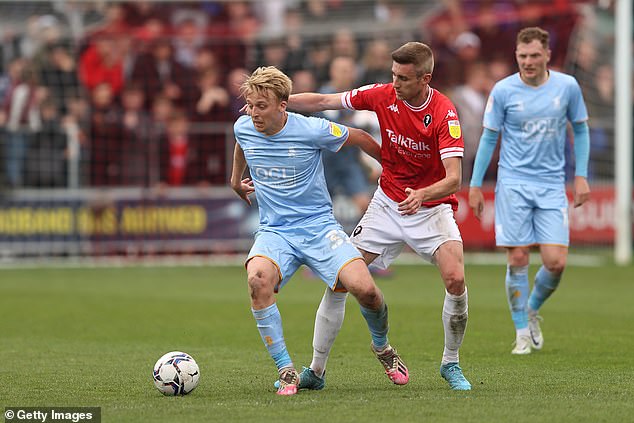 He said the drive of investing in their local football club was something that made their efforts worth it and insisted there was ‘no financial pressure’ to get promoted, saying missing out was just a ‘sporting disappointment’.

‘We could spend our money on other things. If we were driving fancy cars and doing all sorts of things with our money people might complain as well. But we’ve put it into our local football club and it’s significant capital from ourselves, the class of ’92.’

‘The money that we put in is manageable between the seven of us. We’re comfortable with our position. There’s no financial pressure (to get promoted), but there is sporting disappointment.’