France’s injury problems continue to pile up as defender Lucas Hernandez has become the fourth player to be withdrawn from their World Cup squad.

The Bayern Munich defender was forced off just 13 minutes into his World Cup debut in France’s opening 4-1 victory over Australia on Tuesday.

Hernandez, was replaced by his younger brother Theo, was seen clutching his knee for a couple of minutes after he was beaten to the ball by Matthew Leckie – who delivered the cross for Craig Goodwin to give Australia a shock lead. 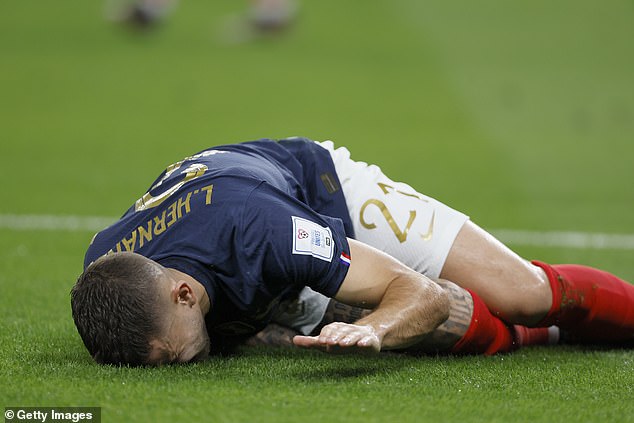 The French Football Federation have now confirmed that the player has suffered an anterior cruciate ligament injury and has been ruled out of the World Cup.

He becomes France’s fourth player to be withdrawn from Didier Deschamps’ side, after Presnel Kimpembe, Christopher Nkunku and Karim Benzema all were ruled out through injury.

In reaction to the news, Deschamps said: ‘Like the whole group, players and staff, I am extremely sorry for Lucas. 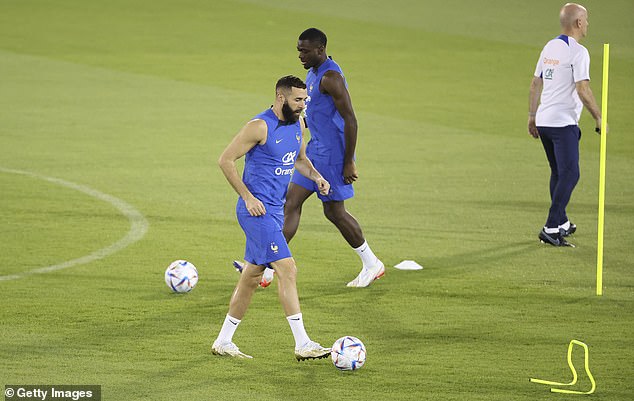 Karim Benzema (pictured), Christopher Nkunku and Presnel Kimpembe have previously been withdrawn from the squad

‘We are losing an important element. Lucas is a warrior and I have no doubt that he will do everything possible to return to the game. first plan.

‘I know him well, courage, he will have it, that’s for sure. On behalf of the group, I wish him the best possible recovery.

It’s a bitter blow for France’s hopes of retaining the World Cup, with Les Bleus already without the likes of Paul Pogba and N’Golo Kante going into the tournament. 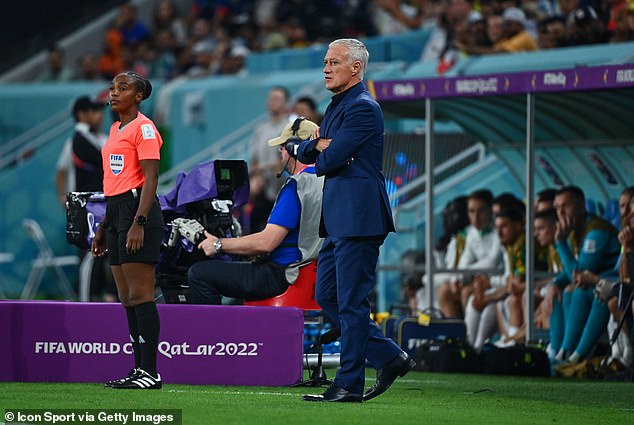 The RB Leipzig striker will face an unspecified spell on the sidelines with a torn knee ligament.

Benzema was then ruled out of the tournament on Saturday after he suffered a thigh injury in his first full training session in the middle-east as he battled to recover from knee and hamstring issues.

The Real Madrid star will be out of action for three weeks which would keep him out until the semi-finals – though France decided to take no risks with his injury.