Liverpool fans have hailed the heroes of last season after reaching the Champions League final with their 5-2 aggregate victory over Villarreal.

The Reds are still in with a shot of an unprecedented quadruple, one year after they suffered a miserable injury-riddled campaign where it looked like they might not even qualify for this season’s Champions League.

With ten games to go, Liverpool were ten points off the top four, with centre-backs Virgil van Dijk, Joel Matip and Joe Gomez all out for the season. 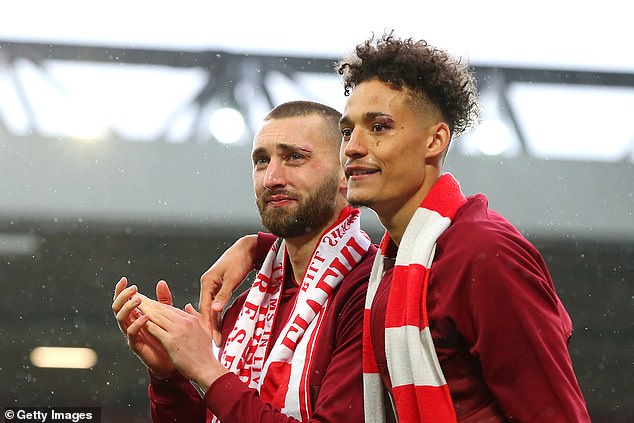 Jurgen Klopp had to look to his youngsters with Nat Phillips, who had spent the year prior in the second tier of German football and Rhys Williams, on the back of a stint with Kidderminster Harriers in the National League North, both called upon.

The pair both produced heroics in the closing weeks of the season as Liverpool took 26 points out of a possible 30 in the final ten games to finish third in the league and qualify for the Champions League.

Liverpool’s biggest moment of the season came away at West Brom, where it looked like they were heading for a 1-1 draw which would have left them three points outside the top four with two games remaining.

That was until goalkeeper Alisson stepped up for a Liverpool corner and sensationally headed home a 95th minute winner. 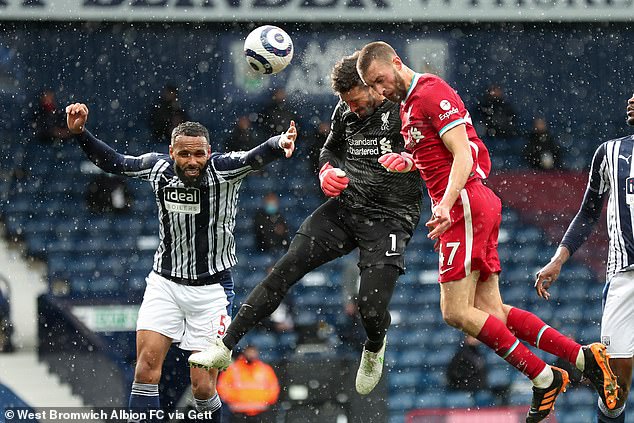 Though Liverpool would still have obtained Champions League qualification as they won their final two matches while Leicester lost their final games, Alisson’s goal was seen as the Reds’ biggest moment of the season.

If it wasn’t for their late season form with an injury-ravaged side, the Reds would not be in the position they are today, looking forward to their third Champions League final in five years.

After the victory over Villarreal, fans have hailed unsung heroes Phillips and Williams, as well as Alisson’s goal at West Brom, as the reasons why they have made the final in Paris on May 28.

Hylton Chilchik wrote: ‘Mind boggling to think that this incredible achievement & all this excitement re the mighty reds being in the Champions League final is down to the monstrous efforts of Rhys Williams, Nat Phillips & a goal scoring header by Alisson.’

Tim Bolton echoed those sentiments as he commented: ‘And just think, without Alisson’s goal at West Brom and without Rhys Williams and Nat Phillips, we wouldn’t even be able to be in this position.’

A famous picture of a battered and bruised looking Phillips and Williams from last season has also gone viral again since the Champions League semi-final win.

On Reddit one hailed the pair as he wrote: ‘These guys put their hearts out on the pitch for us. VVD, Konate, Matip, and Gomez make holding that high line so easy. (Ozan) Kabak, Rhys, and Nat definitely struggled with it, but they kept to the instructions and forced themselves to play in a highly demanding team. We wouldn’t be here celebrating without any of their contributions.’

Another used described the pair as the ‘real reason’ why they are in the Champions League final.

Williams spent the first-half of this season on loan at Swansea before being recalled, while Phillips has spent the second-half of the year at Bournemouth. 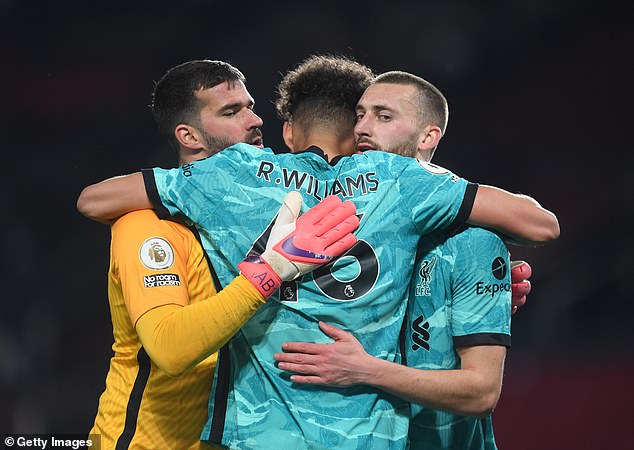 Phillips has played a part for Liverpool during the Champions League campaign, producing an impressive performance in their 2-1 group stage victory over AC Milan at the San Siro.

The 25-year-old started for Bournemouth on Tuesday night as they sealed promotion to the Premier League with a 1-0 victory over Nottingham Forest.

One fan wrote: ‘Nat getting promoted tonight as well. What a cracking night for him.’

If Liverpool are to win the Champion League by beating Real Madrid or Manchester City, Phillips would be in with a chance of earning a medal after his appearance in Milan.

UEFA give 40 medals out for the winning team who would then decide who they’re awarded to.