The Foxes will progress to the first European final in their history if they can win at Roma on Thursday, after a 1-1 draw against Jose Mourinho’s team in last week’s first leg.

Recent history has been memorable for Leicester in domestic football and Schmeichel is focused on emulating those achievements by becoming the first team to lift the Conference League.

‘Every competition you can win is important,’ said the Leicester captain. ‘I don’t play football to finish fourth, fifth or sixth. You do it for the occasions you’re in finals, regardless of which competition it is.

‘It’s about winning trophies. That’s what fans and players look back on, those moments when you got to lift trophies.

‘The infrastructure of the club is in place to be successful. If we were to reach the Final that would represented sustained success over a period of time, in terms of finals reached and trophies won.

‘A club like Leicester is attractive as we have one of best facilities in the world. There is lots of talent in the squad, an amazing manager and owner, and the infrastructure is there that needs to be.’

The winners of the Conference League qualify for next season’s Europa League and this competition represents Leicester’s best route back into Europe as they have only a remote possibility of returning via the Premier League. 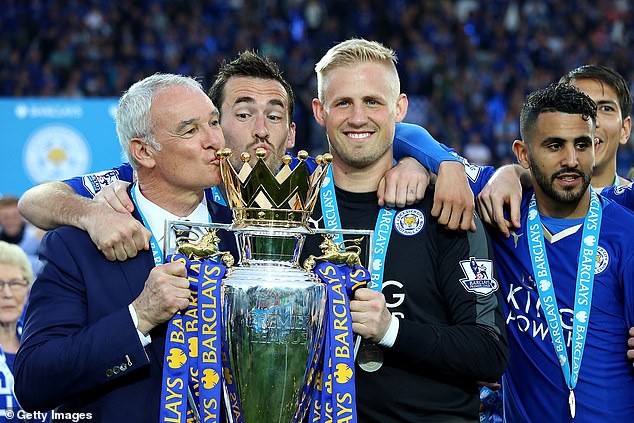