Copyright 2021 - All Right Reserved
Home » If Real Madrid beat Liverpool in Champions League it ‘will be their greatest win’, Steve McManaman
Sports

If Real Madrid beat Liverpool in Champions League it ‘will be their greatest win’, Steve McManaman

If Real Madrid beat Liverpool to win 14th Champions League it ‘will be their greatest victory EVER’ after seeing off PSG, Chelsea and Man City, claims Steve McManaman

Steve McManaman has claimed a 14th Champions League success for Real Madrid could be the ‘greatest victory ever’ after they staged a remarkable fightback to book a final showdown with Liverpool.

Trailing 5-3 on aggregate to Manchester City as the second leg of their semi-final entered the final minute of normal time, they hauled themselves back into the tie through Rodrygo’s last-gasp double before Karim Benzema snatched an unlikely win from the penalty sport in extra time.

McManaman, the former Liverpool winger who won the competition twice during his time at Real Madrid, was co-commentator for BT Sport on a dramatic night at the Bernabeu Stadium, and was already relishing a mouth-watering final in the immediate aftermath. 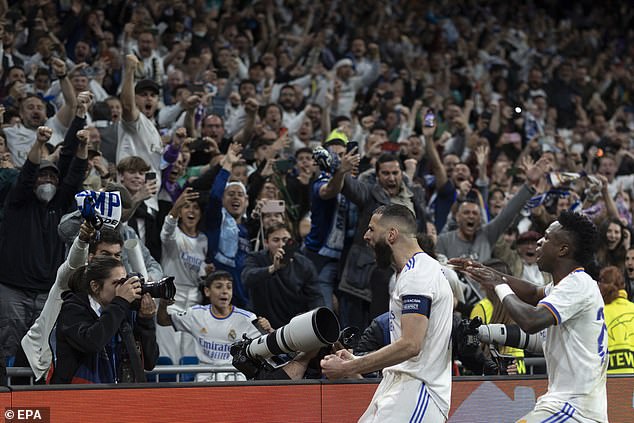 He said: ‘I think this final is a brilliant final, I really do. Real Madrid and the story that’s gone on this year – they haven’t been at their best, yet they’ve made the final and the way they’ve done it, if they do beat Liverpool, arguably it will be the greatest victory ever.

‘To go through PSG, champions, to go through City, Chelsea and Liverpool when we understand how strong the English Premier League is and the English teams, I think it would be the greatest victory ever.

‘I don’t say they will win, but I’ve said that against Chelsea, against Manchester City and against bloody everybody.’

McManaman was still struggling to comprehend what he had seen after City, leading 1-0 in the night through Riyad Mahrez’s second-half strike, had looked to be cruising into the final with Jack Grealish twice going close to extending their advantage.

He said: ‘How do you explain that to a neutral? How has that result happened? Grealish had those two wonderful chances. It looked as if City were just going to go 2-0, 3-0, thank you very much.

‘Even when Madrid scored, you went, ‘Wow! That’s a surprise’. But I didn’t expect them to do it again. 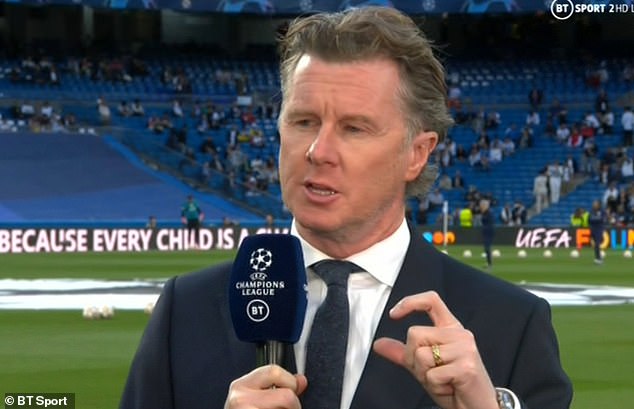 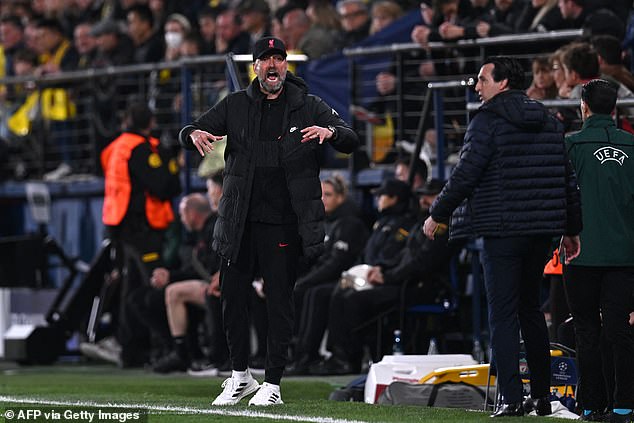 ‘I never once when I was sitting up there thought, ‘Madrid are going to get back into this game’. I didn’t once. I just thought, ‘Right, run the clock down, let’s get out of here, City v Liverpool in the final’.’

BT Sport pundit Rio Ferdinand paid tribute to the resilience which got Carlo Ancelotti’s men over the line against the odds.

‘They’ve been here, they’ve seen this so many times. The fact that they’ve got many, many players here who have won multiple Champions League trophies.

‘At no point in this tournament did they ever panic when they went behind.’

The final whistle left Pep Guardiola and his players wondering what might have been after seeing their European dream shattered once again. 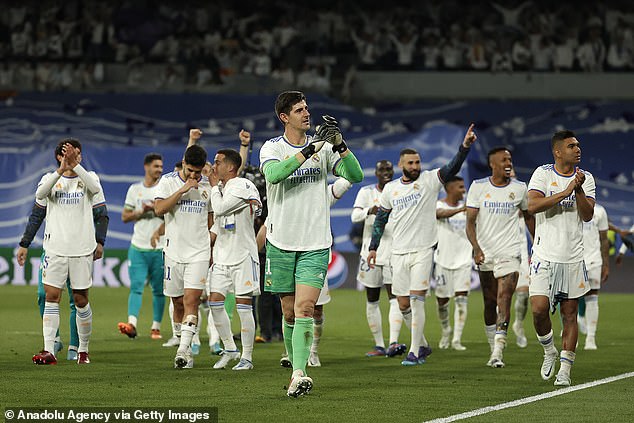 However, former City defender Joleon Lescott insisted they cannot afford to lick their wounds as they attempt to consolidate their narrow lead at the top of the Premier League when they face Newcastle on Sunday.

Asked what Guardiola needs to end his wait for another Champions League win, Lescott said: ‘Listen, you have to be a little bit lucky.

‘We’ve seen him in the past fall at this hurdle due to little moments of luck and unfortunate mistakes. Two penalties in semi-finals, it’s not great.

‘But listen, there’s still a lot to play for, the opportunity to win three Premier Leagues in a row, a remarkable achievement if they can do that.

‘It’s been an exceptional season and it’s not over.’