Eels, Warriors and Maroons star PJ Marsh claims he was ABANDONED by the NRL after his neck broke in a horror tackle: ‘I hated football … I didn’t want my kids to play’

It was the day his life changed forever – and when he began resenting rugby league.

Turning out for the Warriors against Parramatta, a seemingly routine tackle turned Marsh’s life upside down.

‘I heard a couple of cracking noises,’ Marsh recalled. ‘As I tried to get up to play the ball, I had this ridiculous pain through my whole body.

‘You try to wiggle your toes and move your fingers. It’s shocking fear. They (medical staff) put me in a brace. Then an ambulance. Then hospital.’

Subsequent x-rays revealed the hooker had a fracture in his neck following a tackle from Eels enforcer Darren Tracey. 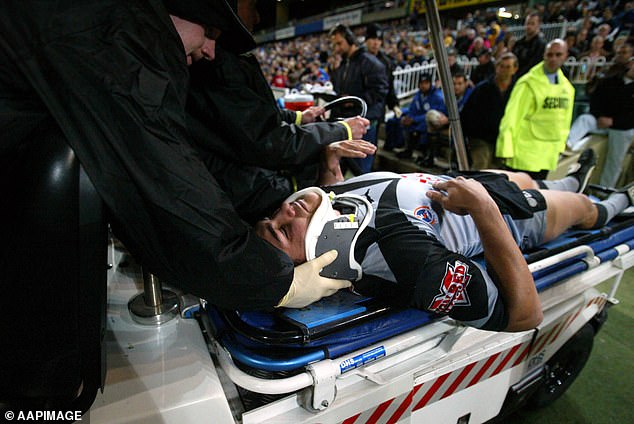 Marsh was then sidelined until 2005 and faced an uncertain future.

With football his all-consuming passion, Marsh didn’t cope with his unexpected setback.

He ‘escaped’ to Middlemount, a small country town about 250km south-west of Mackay in Queensland, and freely admits he battled mental health issues.

‘At my lowest points I felt pretty damn ordinary,’ he told the Daily Telegraph.

‘I hated football, I hated everything. I didn’t watch it, I didn’t want my kids to play. I gave all my jerseys away. My Warriors grand final jersey. I didn’t want anything to remind me of the sh** I’d been through.’

Marsh eventually returned to the NRL, rejoining the Eels before another injury saw his career finish at the Broncos in 2010. 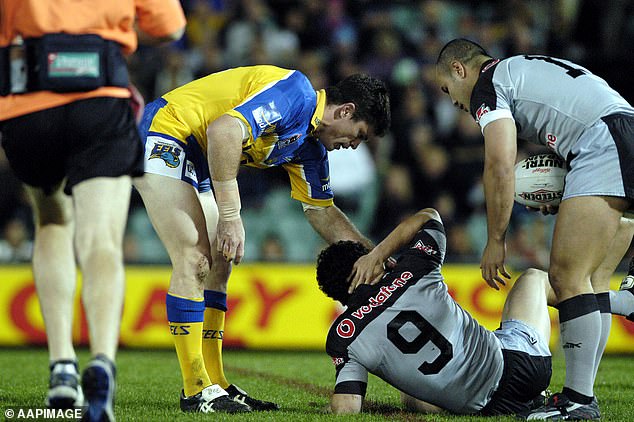 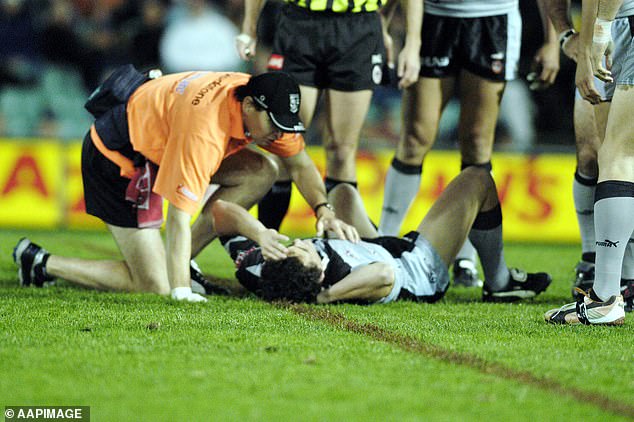 He is speaking out in the hope the NRL will enforce much tougher penalties for crusher tackles.

Not $1000 fines for players on monster contracts, like the penalty handed to Melbourne’s Felise Kaufusi after round six – but multiple-game bans.

Now aged 42, Marsh – who also chalked up four Origin appearances for Queensland – still suffers from pain in his neck and back, but has ‘learnt to deal with it.’

He is adamant ‘not speaking out’ about his personal struggles was to his detriment.

Marsh also said he received no welfare call or assistance from the NRL when it came to his medical bills.

These days he works on drill rigs in coalmines and life is good – but he knows it could have been a lot worse.

HELP IS JUST A PHONE CALL AWAY:

If you or someone you know needs assistance with mental health:

World Cup 2022 LIVE: England gear up for showdown with Wales in final group...