Manchester City fans couldn’t quite believe what they witnessed at the Bernabeu on Wednesday evening and took to social media to vent their frustrations.

City led 4-3 after first leg at the Etihad but ended up crashing out of the Champions League after self destructing in Madrid.

The Premier League giants scored first in the away fixture but ended up losing 6-5 on aggregate after Rodrygo came to turn Wednesday’s fixture on its head. 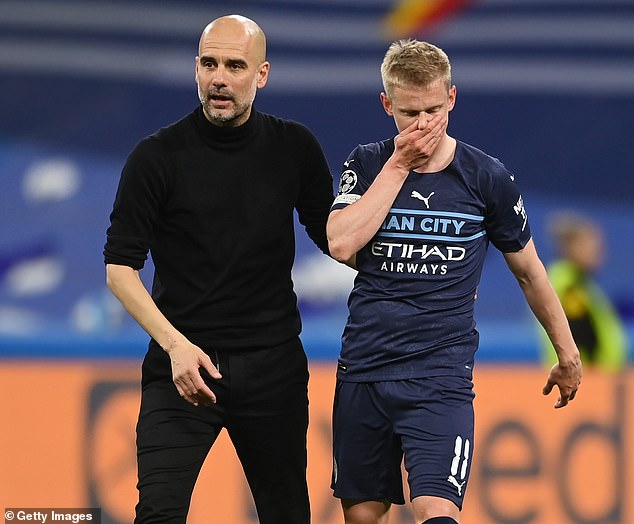 Riyad Mahrez opened the scoring on Wednesday night by finding the back of the net in the 73rd minute. Man City held the lead until the 90th minute of the game when Rodrygo scored a stunning equaliser.

Rodrygo then put the LaLiga giants ahead and level on aggregate by scoring his second goal of the night just one minute later.

As a result, the game went to extra time and City were given 30 minutes to keep their Champions League dream alive. 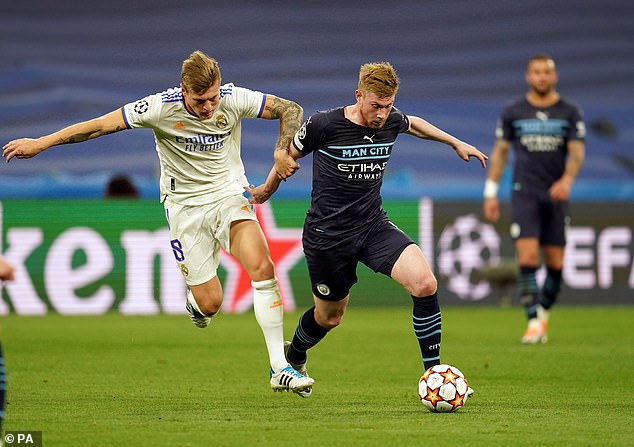 The Manchester City fans subsequently took to social media to vent their frustration over the result and highlight the downfalls within the Premier League side.

One fan wrote: ‘Another wasted season in the Champions League, how did we even lose that after 2 goals up! Very disappointing!’.

Another added: ‘Some of these players have been class all season. but today had awful performance. I don’t blame pep. truly everybody is letting down him and KDB’.

While one said: ‘@ManCity just threw this game away. @RealMadrid had no shots on target for 90mins. Then 2 goals in 2 mins. @ManCity completely lacked game management ability….6 mins to go and you concede 2.’

Another fan wrote: ‘Man City have dropped a stinker here. A huge bottle job, they had this in their hands and threw it away. Now only the league left and Liverpool breathing down their necks’.

Before another added: ‘Only terrible subs were Sterling and Grealish. But we shouldn’t even get to that point when we had a 2 nil lead at 89mins… Poor performance from the defense switching off there’.

Whereas others decided to credit Real Madrid by saying: ‘Kudos to Madrid. They nailed their chances after Man City wasted two in quick succession to force extra time and put the game away.’

Some even called out Kevin de Bruyne for ‘hiding’ during their Champions League semi-final. They wrote: ‘City threw that away… De Bruyne continues to go missing in big games …’.

Another added: ‘De bruyne was awful..Gundugan changed the game for us. Poor defending cost us simply’. 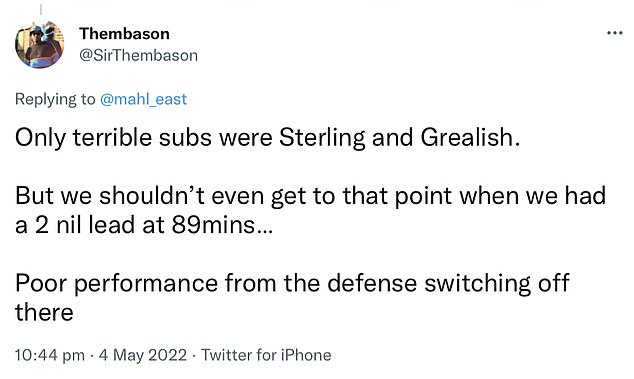