‘Liverpool are another level’: Bruno Guimaraes concedes that Newcastle ‘didn’t deserve to win’ against Jurgen Klopp’s side… but the Brazilian insists the Magpies ‘want to be big’

Bruno Guimaraes concedes that Liverpool are another level to Newcastle United in every department right now.

The Brazil midfielder told Sportsmail ahead of Saturday’s game that he believes his new club can bridge the gap in the coming years.

But after a 1-0 defeat in which the score line flattered Newcastle, Bruno – speaking in English – said: ‘What I can say to you is that Liverpool are another level, in all things. 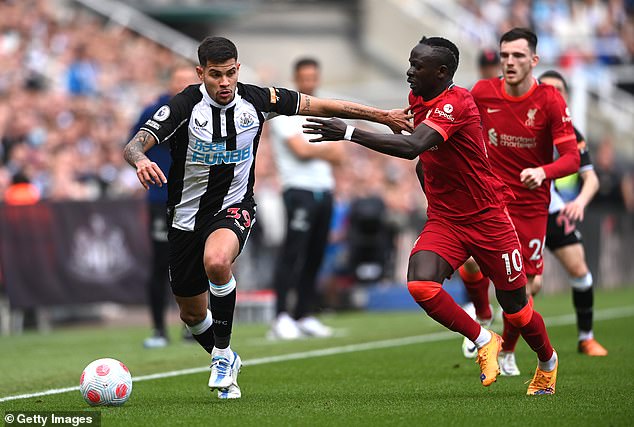 ‘It is clear to me we did not deserve to win. We have to work to get to that level. We need to play with more of the ball. In my opinion, we expected a lot more.

‘But we want to be big. We need to play the same level as City, Liverpool and Chelsea.’

Head coach Eddie Howe felt some of his better players did not reach the standards of late, bringing closure on a run of six straight home victories. 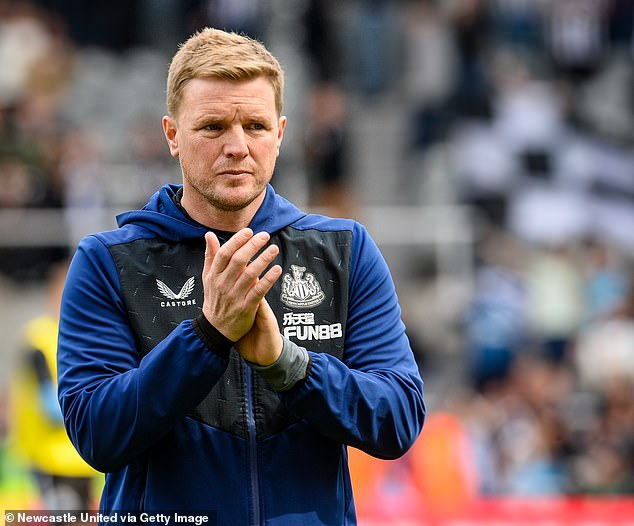 Forward Allan Saint-Maximin endured a frustrating afternoon, and Howe said: ‘As an attacking force, we probably weren’t at our best. Allan is obviously focal to that.

‘But then again, we found it difficult to get the ball to them in dangerous areas. Maxi thrives off getting the early ball to him, trying to get full-backs or centre-backs in one-v-one duels.

‘Maxi gave his best for the team but as an attacking force, we weren’t quite there.’