Barcelona have NOT met with Bayern Munich Robert Lewandowski about a summer move, insists club chief

Barcelona have NOT held a meeting with Robert Lewandowski about a summer move, insists sporting director Mateu Alemany after the Polish striker ‘held crunch talks’ with Bayern Munich over his future

Barcelona have not held talks with Robert Lewandowski about a possible transfer to the club this summer, insists sporting director Mateu Alemany, as the Bayern Munich star’s future continues to hang in the balance.

Lewandowski – widely considered the best out-and-out striker in world football – has smashed records once again in the Bundesliga after netting the most away goals in the division with 18 against Mainz this weekend, and the Polish star has been tipped for an exit as he continues to dazzle.

The 33-year-old’s contract at the Bavarian expires next summer and he is reportedly unsettled in Munich after eight seasons and could be ready for a new challenge. The player is said to have held ‘crunch talks’ with Bayern over his future this weekend, according to Bild. 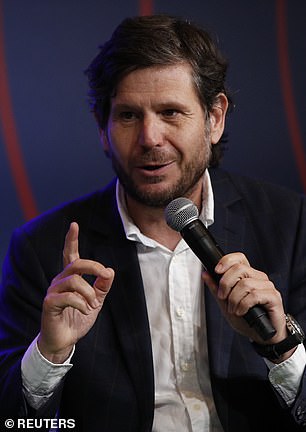 But despite heavy speculation that Barcelona are ready to pounce on the uncertainty, Alemany said the club were respectful not to discuss details around negotiations when a player does not belong to them – but confirmed they had not held a meeting with Lewandowski.

‘We don’t talk about meetings, nor do I like to discuss negotiation processes’, he said, via Diario AS.

‘The only thing I can say is that a meeting (with Jorge Mendes or Lewandowski) did not take place.

‘We don’t talk about players with a contract. If there is ever any interest in a player, we talk directly to the club.’ 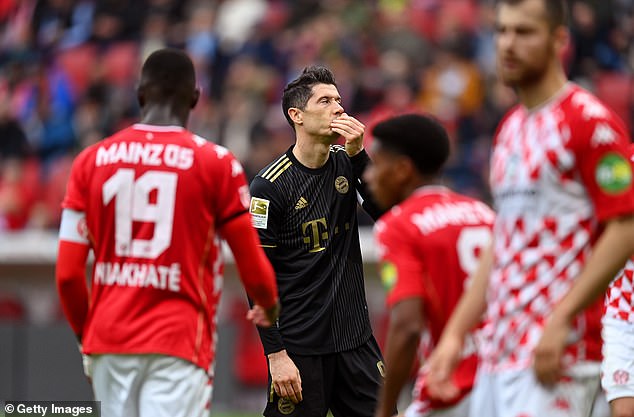 The club chief did reveal some developments on their own side, however, claiming that both Ousmane Dembele and youngster Gavi were keen to sign contract extensions with the club.

He stressed, however, that the club have to be ‘strict’ on their wage budget given their dire financial situation in the last two years.

‘Both of them have shown their will to continue.

‘However, we have limits and we have to be strict on salary issues.

‘Everyone knows how FFP impacts us is. We have to adapt to reality and sometimes is not easy.’