While playing abroad, the Arizona Cardinals made a personnel decision that was not anticipated or expected.

Kingsbury said the firing came after an incident occurred in Mexico City – but would not specify what happened. 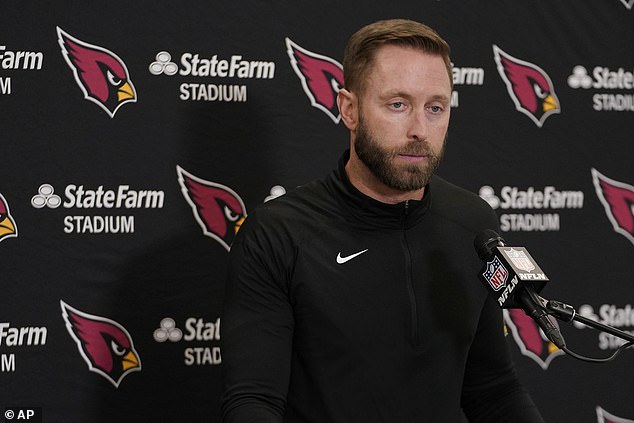 ‘We relieved him of his duties, and he was sent home Monday morning prior to the game,’ Kingsbury said.

‘It’s challenging anytime you make a staff change in that type of manner.’

Arizona was in Mexico City to play the San Francisco 49ers on Monday Night Football in a game they would go on to lose.

No one on the team has addressed the incident specifically or gave an exact reason as to why Kugler was fired. 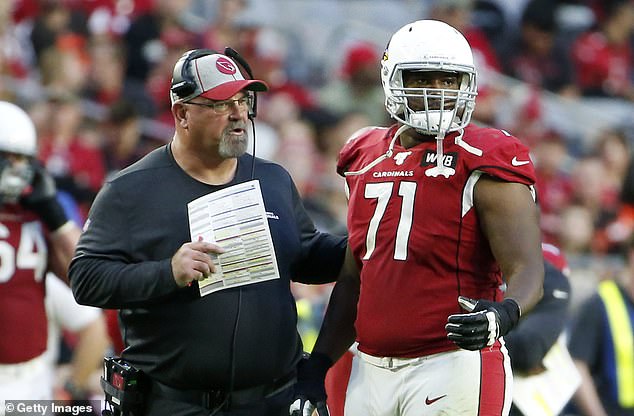 He is not listed on the team’s website and a link to his page comes up with an error message.

According to the team, the o-line is now the responsibility of assistant coach Brian Natkin as well as tight ends coach Steve Heiden.

Kugler had been on the staff of the Cardinals since 2019 after similar stops in Denver, Pittsburgh, Buffalo, and Detroit. He also worked at the college level.