A Washington Post journalist called out the White House for misleading reporters about who was allowed to cover the wedding of President Joe Biden’s granddaughter.

Ashley Parker said the White House’s characterization about who in the press would be granted access to the White House wedding of Naomi Biden was akin to lies she heard the Trump administration tell during her coverage.

Parker, a political correspondent for the Washington Post, said lies from Trump were ‘shameless,’ while those from Biden were ‘too cute by half.’

She and other reporters complained they were told by White House press secretary Karine Jeanne-Pierre that the wedding would be a closed, private affair, only to see Vogue publish a story of exclusive photos of the wedding party.

As the journalists’ ire rained down across Twitter, it was revealed that Vogue photographers did not attend the actual wedding, but instead staged a photo shoot days beforehand.

Parker doubled down on her complaints, saying that the wedding flub was far from the Biden administration’s only lie, and said they had lied about attendees at presidential meetings, and the presidents plans for a recent trip to Egypt. 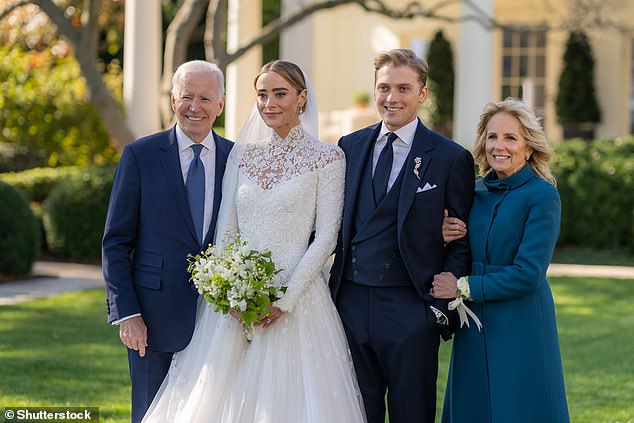 Naomi, Joe Biden’s eldest granddaughter and the son of his son Hunter, married her fiance Peter Neal last Saturday at the White House.

Nowhere in sight at the ceremony were members of the White House press corps, who had been told by Jeanne-Pierre that they could not attend.

But on Tuesday when Vogue released an article full of photos of the lovers in wedding attire seemingly at the wedding itself, those reporters lashed out at the White House.

‘I had reporting in Oct about Vogue being tapped to cover this and I was waved off. Official explanation is that Vogue wasn’t there the day of,’ wrote New York Times White House correspondent Katie Rogers.’

‘Loophole = the family staged a ‘wedding at the WH’ shoot beforehand. 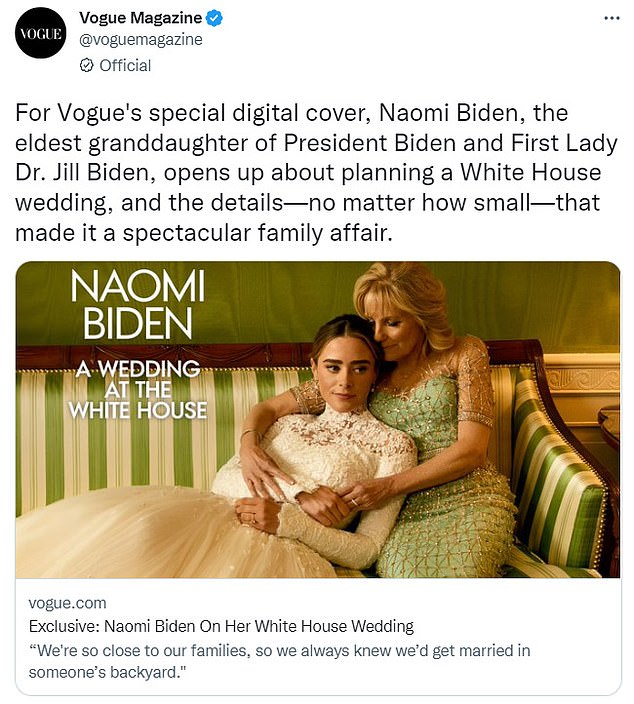 ‘I spent four years covering the Trump WH and two years covering the Biden WH,’ she tweeted on Tuesday morning. ‘What’s fascinating is that they both lie, albeit in v different ways. Trump team was shameless, whereas Biden team is too cute by half.’

As commenters began voicing their confusion and outrage at her conflation of the two administrations’ behaviors, Parker tried to clarify her statement while also standing by it.

‘TO BE CLEAR: Not all lies are created equal and the magnitude, frequency and audacity is certainly different. But the Biden WH, for ex, has also waived us off correct reporting about Biden’s SCOTUS pick, his Egypt trip, attendees in private meetings, etc.’

Aside from the Biden wedding, it is unclear exactly what other instances Parker was alluding to. After she posted her tweet, White House assistant press secretary Abdullah Hasan seemed to reference a miscommunication about Biden’s plans to attend the COP27 summit in Egypt.

‘To be clear, the Washington Post reported a trip was confirmed before it was. We told you on the record that it was not confirmed. We even offered WaPo the exclusive if and when confirmed,’ Hasan wrote.

‘We’d never put our credibility on the line, especially not over something like scheduling.’ 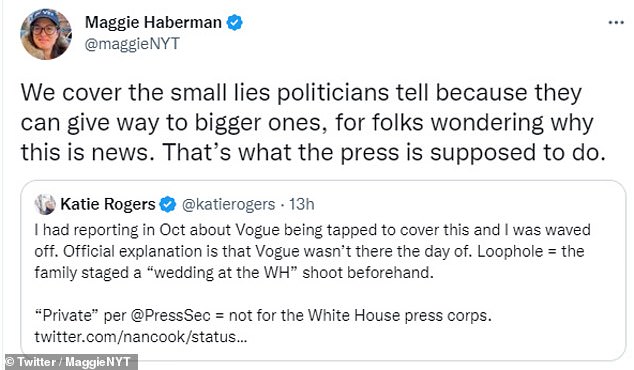 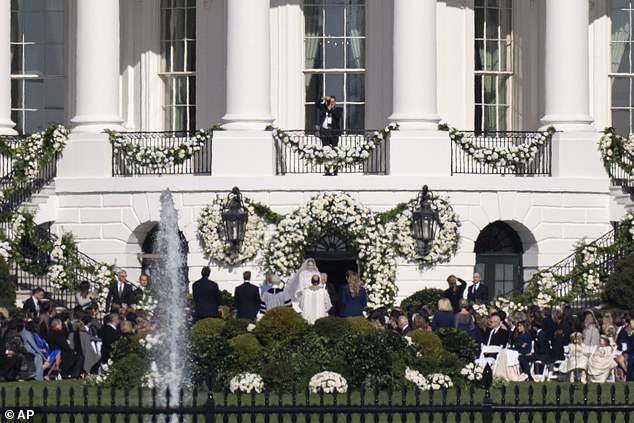 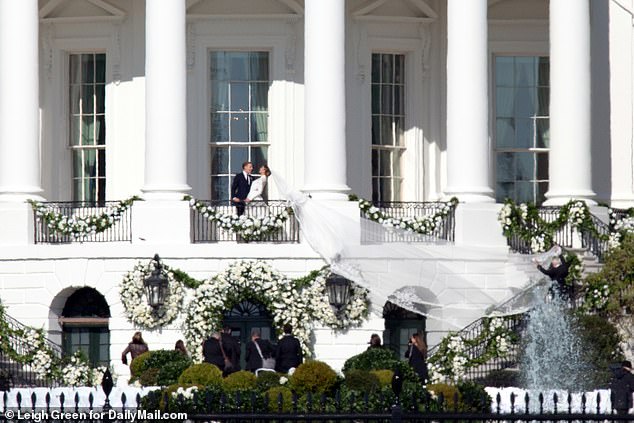 Naomi Biden’s wedding on Saturday. The press was not allowed to join the wedding

A number of other reporters then joined the pile on.

Nancy Cook, White House correspondent for Bloomberg News, tweeted out a quote from Jeanne-Pierre in which she clarified that reporters could not cover the wedding.

‘White House press secretary Karine Jeanne-Pierre on Nov. 18: “They have decided to make this wedding private. It is a family event. It is — and we are going to respect Naomi and Peter’s wishes.”‘ she wrote.

Niels Lesniewski, a correspondent for Roll Call, said the arrangement with Vogue should have bene made very clear.

‘I think we all sort of knew this would happen, but if they wouldn’t let the pool photographers in because the rights were sold, we should have known.’

‘We cover the small lies politicians tell because they can give way to bigger ones, for folks wondering why this is news. That’s what the press is supposed to do.’