Unvaccinated grandparents are interrogated for 10 HOURS, locked in a hotel and will be deported within hours after flying to Australia to meet their new granddaughter – without an exemption

The grandparents of an Australian family are being deported after arriving to the country unvaccinated against Covid and without a travel exemption.

After a 19 hour flight from Ireland, Anne and Audie Ryan-Murphy touched down in Perth and were immediately greeted by Border Force officials.

The pair were questioned for 10 hours after their flight on Monday night and have since been detained at the Hyatt Hotel in Perth’s CBD awaiting deportation.

While travellers no longer need to take a Covid test to fly Down Under, they do need to be vaccinated or have an exemption.

Anne (left) and Audie (right) Ryan-Murphy were stopped by border force officials after their 19-hour flight from Ireland. Officials said the unvaccinated pair travelled without an exemption and are being held for deportation

Mr and Ms Ryan-Murphy made the long journey after strict travel restrictions separated them from their family for three years.

The grandparents were set to meet their granddaughter for the first time and believed they had the right approvals for the long-awaited reunion.

‘They were honest about their vaccination status from the very beginning,’ their son Karl said.

‘Under the guidance of a travel agent at home they did everything they were asked to do: weeks worth of paperwork and waiting on approvals.’

He explained the couple were expecting to enter hotel quarantine because of their vaccination status.

Unvaccinated Australians returning home are required in some states, including Western Australia, to enter hotel quarantine for seven days – but the same is not allowed for tourists, who must instead have a special exemption. 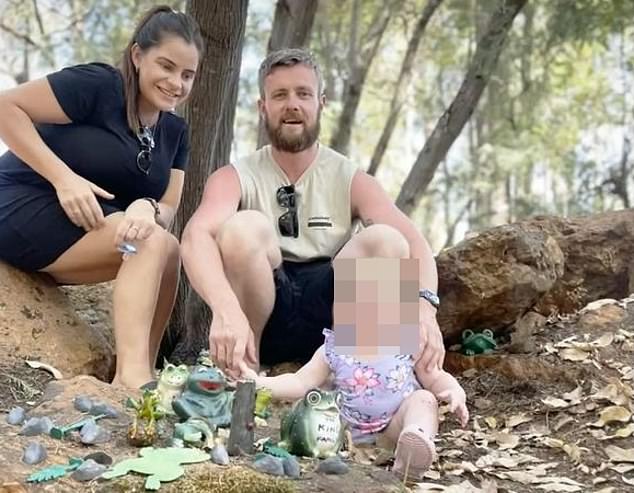 The pair made the long journey to Perth to see family (pictured) and meet their 20-month-old granddaughter for the first time. The Irish couple timed their trip to help their son and his  heavily pregnant wife who are preparing for their second child

The Irish couple timed their arrival to help their son and his heavily pregnant wife who are preparing to welcome the arrival of their second child.

‘We are expecting our 2nd baby to be born any day now with an induction booked for 4th of May, if she doesn’t arrive before,’ Karl said.

‘I know that many of us have been in this terrible situation since Covid, but knowing they are just down the road and we can’t be reunited is beyond heart-breaking.

‘They had planned on being here for two months to help us find our feet, with very little support here in Perth.’

Recent rule changes have seen the end of Covid restrictions and mandates across the country but unvaccinated overseas travellers still have to get an exemption before entering the country.

Western Australia has recently dropped a number of its strict Covid requirements and after a two year hiatus opened its borders to arrivals last month.

Ms Ryan-Murphy said her and her husband believed they had done their due-diligence in the months leading up to their arrival. 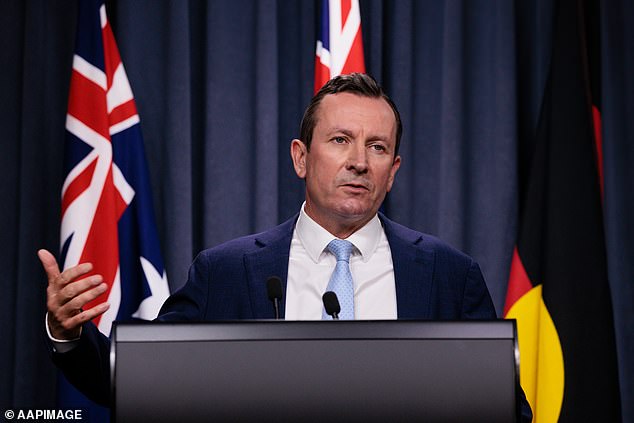 ‘Have we slipped through a net here? Why were we allowed on (the plane)?

‘We told on all the forms that we were unvaxed.’

Border Force officials allegedly told the couple that they should have never been allowed on the flight.

Mr and Ms Ryan-Murphy are being held at the Hyatt Hotel and are booked to be deported on a flight on Tuesday night.

Their family are pleading with the government to grant them an exemption on compassionate grounds.

WHAT ARE THE RULES FOR ENTERING AUSTRALIA?

International travellers to Australia (including Australians overseas) must declare their COVID-19 vaccination status to enter Australia and must be able to provide appropriate supporting evidence. Travellers may need to present this at check-in for their travel to Australia.

If you are vaccinated, you must present your COVID-19 vaccination certificate to the airline or vessel staff when checking-in for your travel and may also be requested to present it to border officials upon arrival in Australia.

Travellers vaccinated in other countries should present certificates in formats that meet the following criteria: