Three gang members have been charged with murder after a shootout on a busy Sacramento street left six people dead, including three women who were in the area.

Brothers Smiley, 27, and Dandrae Martin, 26, are accused of shooting four of the people who died in the gun battle in the early hours of Sunday, April 3.

Rival gangbanger Mtula Payton was part of a group that killed the remaining two victims, prosecutors say. He fled the scene in a white Chevrolet Equinox and is still on the run.

More than 100 rounds were fired during the minute-long shooting as terrified late-night revelers fled the scene.

One of the men killed was a friend of Smiley Martin. Hours before the shooting, the two had filmed a video at an apartment complex in rival territory in which they ‘discussed going to downtown Sacramento while armed to loiter outside nightclubs,’ prosecutors say.

The shooting was allegedly part of a rivalry between the Garden Blocc Crips gang, which the Martins belong to, and G-Mobb, which Payton is part of.

Three gang members were killed, but the murder charges don’t account for their deaths as California law states all parties in a gun battle are responsible for the death of bystanders.

The massacre remains this year’s deadliest mass shooting in the US, the Los Angeles Times reports.

The Martin brothers and Payton face allegations of ‘special circumstances’ that could make them eligible for the death penalty, though the practice is basically illegal in the state after years of court challenges ended with Gov. Gavin Newsom issuing an executive order halting the death penalty in 2019.

Brothers Smiley, 27, and Dandrae Martin, 26, were seen gathering in a Sacramento corner as they prepared for a gun battle between members of the Garden Blocc Crips and G-Mobb 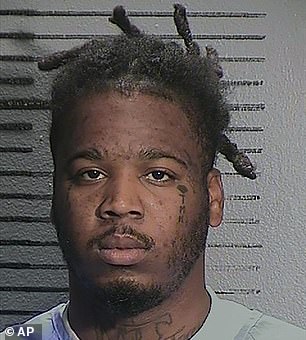 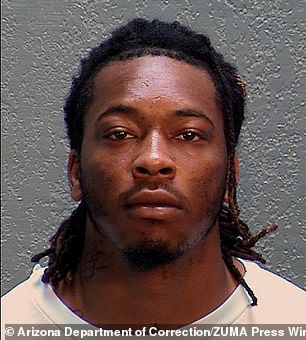 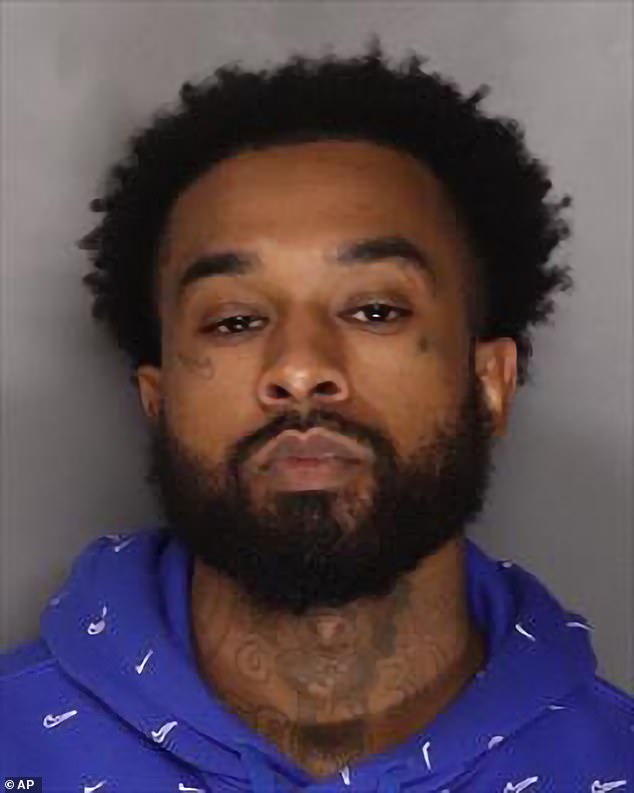 Mtula Payton was also charged with murder. He fled the scene and is still on the run 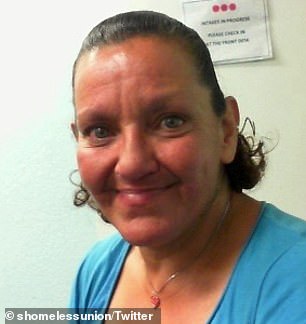 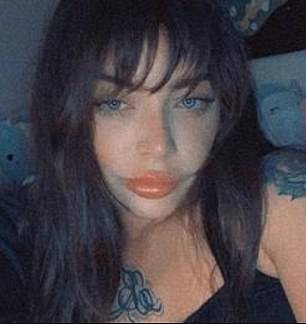 Melinda Davis, 57, (left) and Yamile Martinez-Andrade (right), 21, were killed in the mass shooting, which is the deadliest in the US this year 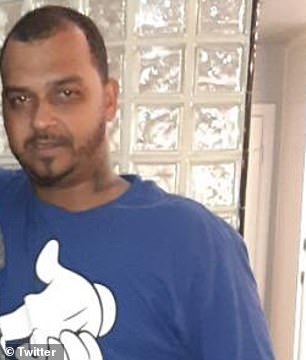 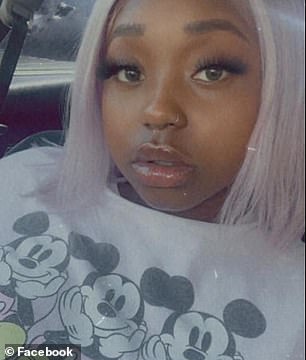 Sunday, April 3 at 1.57am: Seventy to 80 people gathered on the northeast corner of 10th and K streets, a block away from state capitol building

The two rival groups approach each other and Mtula Payton reveals a gun in his waistband.

1.57.28am: A man is recorded raising his right arm parallel to the ground and pointing north toward the rival group

1.58.43am: Victim and gang member Sergio Harris walks to a position just south of the Martin brothers

2am: Member of Harris and Devazia Turner’s group walks over to stand directly in front of Martins and Joshua Hoye

2.00.21am: Witness says that Smiley Martin pulled out a black handgun and held it against his left leg before shooting broke out

2.00.31am: Smiley Martin pulls a female individual back from standing in between the two groups

2.00.47am: Mtula Payton – who is still on the run – begins running and firing his gun toward the intersection of the shooting

2.04.54am: Sacramento police officers find the Martin brothers after Smiley collapsed on the ground

Davis was homeless. She was found in a tent camp about a block away.

It all started at around 1.57am when 70 to 80 people gathered on the northeast corner of 10th and K streets, a mere block from the state capitol building.

The Martin brothers and Lucchesi were standing on the corner. A witness said Smiley Martin made a reference to his gang.

One of them raised his right arm parallel to the ground and pointing north, prosecutors said based on surveillance video that was described in a 46-page arrest warrant filed in Sacramento Superior Court on Tuesday.

A group of men, including third murder suspect Mtula Payton, began walking slowly toward the Martins and Lucchesi.

A witness aid Payton pulled up his sweatshirt to reveal a handgun in his waistband.

The crowd started running away. A hot dog vendor abandoned his car on the street, according to the Los Angeles Times.

A minute later, Sergio Harris joined Turner and Payton as the groups prepared to attack.

A witness said Smiley Martin confronted him. ‘Everybody’s coming out of District 30 going towards London. Walking down the street. Dude, was like, “What’s you staring at? Is there a problem?'”

‘The only thing I heard is MOB this and MOB that and everybody was scattering.’

Less than 20 seconds after that, Smiley Martin turned to face the group. He was recorded holding a handgun with an extended magazine by his leg.

The shooting broke out 15 seconds later. More than 100 shots were fired, prosecutors say.

The shooting itself appears to have lasted just one minute. 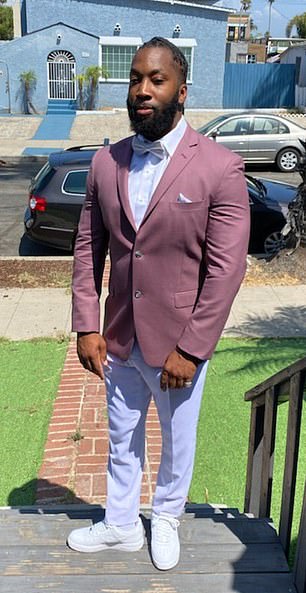 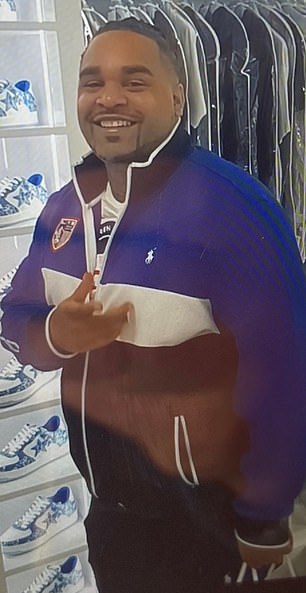 Sergio Harris, (left), and DeVazia Turner, (right), have been named as two of the six people killed during a mass shooting outside a Sacramento bar in the early hours of Sunday 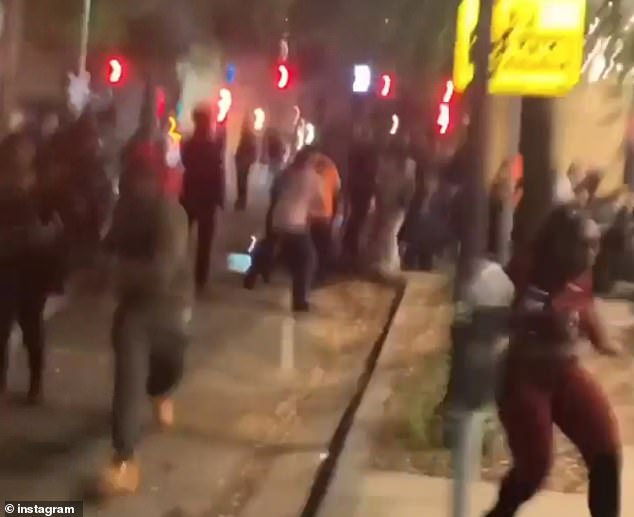 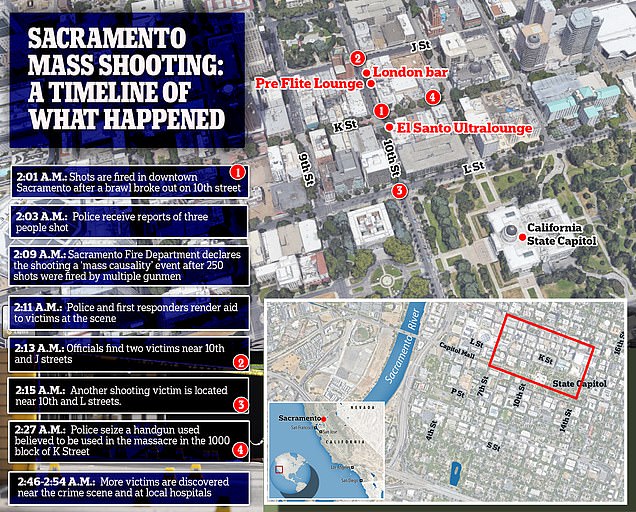 The shooting broke out at around 2am in downtown Sacramento, about a block from the California state capitol

Prosecutors say Smiley Martin fired about 28 rounds. He and his brother are accused of shooting four of the people who died.

The Martins fled. Smiley Martin got rid of his gun moments before officers caught up with him, but police later found it.

It was a Glock 19 with an extended 30-round magazine, a tactical laser sight and a full automatic switch. It had blood on it.

As Harris and Turner lay dead, their fellow gang member Payton kept firing his gun while running away at around 2.01am. Police found 18 shell casings matching his trajectory.

Just hours before the shooting, Lucchesi and Smiley Martin filmed a video at an apartment complex in rival territory, prosecutors say.

In the video, they flashed gang signs, showed off their weapons and ‘discussed going to downtown Sacramento while armed to loiter outside nightclubs,’ prosecutors say. 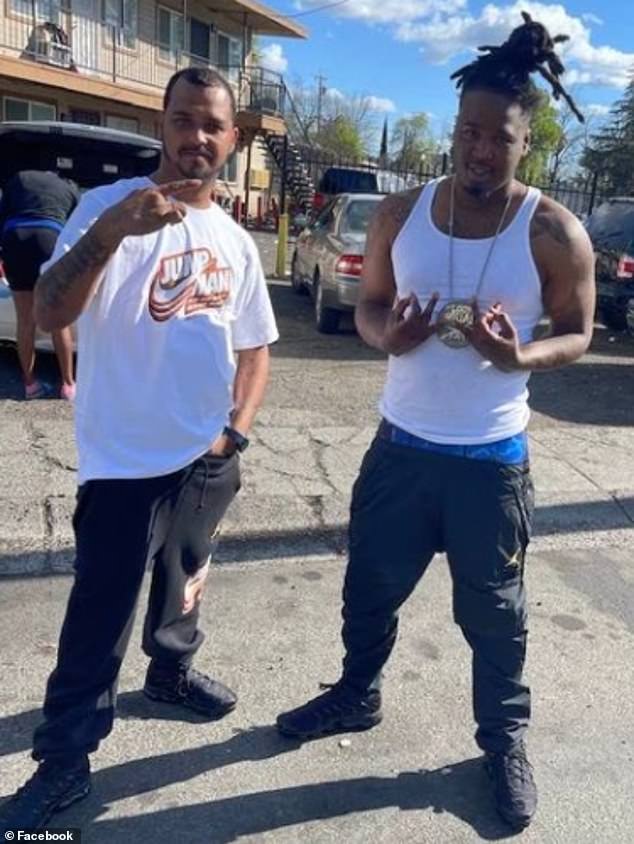 Joshua Hoye-Lucchesi, 32, (left) was one of six shot dead. Last month, he appeared in a social media photo alongside Smiley Martin (right) who has now been charged with murder. The photo was captioned ‘tmk_smiley bulletprove love’

In March, Lucchesi appeared in a social media photo alongside Martin.

The picture, which was posted on Martin’s Facebook page on March 4, shows the two men posing together in the parking lot of a rundown apartment block.

Hoye-Lucchesi, who went by the name Jay Cee online, also posted the photo to his own page – adding the caption: ‘tmk_smiley bulletproof love’.

Smiley Martin is a career criminal who was released from prison in February just four years into a 10-year sentence for felony gun and robbery convictions.

‘Every crime has a victim and these victims are racking up… If we don’t change the way California and the rest of this nation treats criminals, then this is only going to be a continuing trend,’ the sheriff said. 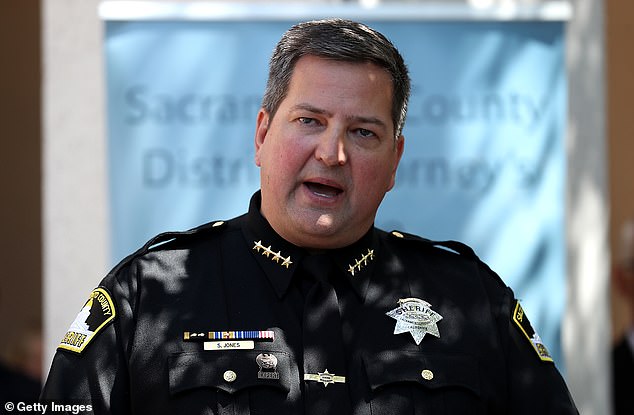 Sacramento sheriff Scott Jones hit out at California state laws, alleging they ‘treat criminals like victims’ in the wake of the mass shooting on April 3 which claimed the lives of six people

‘The best predictor of future behavior is past conduct, and violent people, they’re going to be violent when they get out, and that’s what we’ve seen here.’

Martin was incarcerated in 2017 for punching and whipping his girlfriend with a belt while she was hiding in her closet, but was granted his freedom despite the Sacramento County District Attorney’s Office warning he ‘should not be released as he poses a significant, unreasonable risk of safety to the community.’

The 27-year-old was also arrested as a teenager in 2013 for being in possession of an assault rifle and two magazines that he tried to discard when police made contact with him, and later received a two-year stretch in connection with a series of robberies prior to his arrest and incarceration for assaulting his partner.

‘As we start treating criminals like victims and victims like criminals, it’s entirely predictable what is going to happen, and we’re seeing it play out,’ Jones declared.

Progressives including Sacramento Mayor Darrell Steinberg said the shooting – which left six dead and 12 injured – proved the city needed to spend even more money on crime prevention and community services. 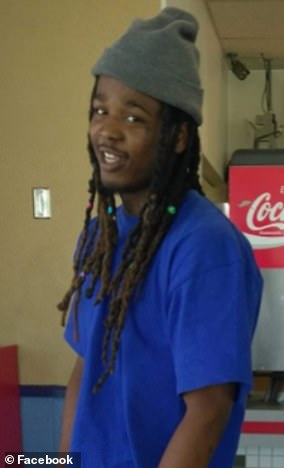 Smiley Martin is a career criminal who was released from prison in February just four years into a 10-year sentence for felony gun and robbery convictions.

The decision, made by California’s Department of Corrections, was even made over the strenuous objections of the Sacramento County District Attorney’s Office, which submitted a letter saying that the man ‘displayed a pattern of criminal behavior’ and posed a ‘significant’ danger to the community.

A letter from the Sacramento County District Attorney’s Office to the Board of Parole Hearings on April 29, 2021, asked for the state DOC to deny Smiley’s request for early release from prison ‘as he poses a significant, unreasonable risk of safety to the community.’

In the letter, Danielle Abildgaard, the deputy district attorney, states that Smiley ‘clearly has little regard for human life and the law,’ and has displayed a pattern of criminal behavior his entire adult life as he has committed several felony violations.

The letter from the DA’s office says Smiley had prior felony convictions of robbery and possession of a firearm. He also had a prior misdemeanor conviction of providing false information to police.

‘Inmate Martin has demonstrated repeatedly that he cannot follow the laws, or conditions the court places on him,’ the letter states.

‘His history indicates that he will pursue his own personal agenda regardless of the consequences and regulatory restraints placed upon him.

‘If he is released early, he will continue to break the law.’

‘Prior to reaching a CDCR facility, Martin had already received 508 days of pre-sentencing credits, and received a variety of additional post-sentencing credits,’ the spokesperson wrote in an email. ‘He was released to Sacramento County probation in February 2022.’