Copyright 2021 - All Right Reserved
Home » ‘Terrifying’ brawl erupts between rapper Headie One, 28, and a rival at Sony Music HQ in London
News

‘Terrifying’ brawl erupts between rapper Headie One, 28, and a rival at Sony Music HQ in London

‘Terrifying’ brawl erupts between rapper Headie One, 28, and a rival at Sony Music HQ in London: Staff run for cover as blood is spilled on floor of canteen before fight ‘spills onto street’

By Katie Hind Consultant Editor Showbusiness For The Mail On Sunday

Staff at Sony Music’s headquarters were left terrified after a bloody fight broke out between one of the label’s biggest stars and a rival artist in the canteen.

Police were called to their state-of-the-art new London office after plates were thrown amid a clash between Top 10-selling rapper Headie One and another musician visiting the building for a meeting.

Some employees were forced to hide under tables, but nobody was hurt.

It is now feared that the brawl may be linked to a long-running gangland dispute between groups from the Tottenham and Wood Green areas of the capital that has left at least three people dead and others seriously injured.

Violent confrontations between the two sides have occurred over the past four years. One staff member told The Mail on Sunday: ‘It was one of the most frightening experiences of my life.

Headie One is popular in the UK rap scene, with a string of Top 10 hits including UK No. 2 single Ain’t It Different 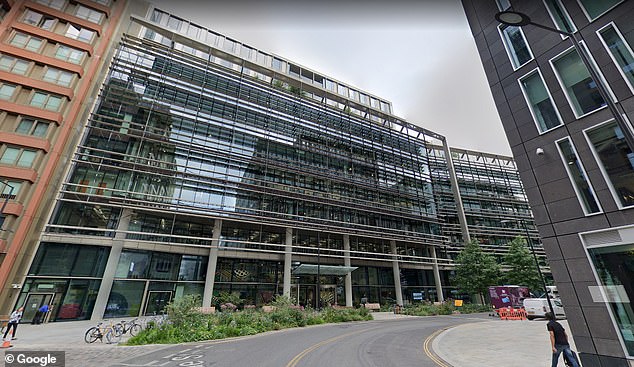 ‘You don’t expect to go to work and to be dragged into something like this.

‘When it all kicked off in the canteen, some people ran, and others hid.

‘There was blood on the floor. These two people clearly hate one another but for it to take place while you’re eating your lunch was shocking. There was food everywhere, as well as blood. It was terrifying.’

Both parties were removed by security after the brawl broke out just before midday on Wednesday. It is understood that it spilled out on to the street and police are investigating the matter.

Sony Music’s CEO Jason Iley, who was in the building at the time, was left furious at the row. The label’s bosses have described it as a ‘chance meeting’ between Headie One – real name Irving Ampofo Adjei –and another rapper. The organisation has confirmed it is reviewing security protocols at its offices next to King’s Cross Station.

A Sony Music spokesman told The Mail on Sunday: ‘Sony Music takes the safety of its staff very seriously. This is now a police matter so we cannot comment further.’

Headie One, 28, has enjoyed a string of Top 10 chart hits, including 18hunna, which peaked at No 6. His hit Only You Freestyle reached No 5 on the UK Singles Chart, and Ain’t It Different peaked at No 2.

However, the Tottenham-born rapper’s drill music has also repeatedly been linked to rising knife crime in London.

In January 2018, he was attacked by rivals at the University of Bedfordshire. A video of the assault was posted on Snapchat and then YouTube, resulting in ‘all-out gang war’.