My first hope when I heard that Neil Parish, 65, the MP for Tiverton and Honiton, had been accused of watching pornography in the Chamber of the House of Commons was that it would turn out to be an unfortunate accident.

I occasionally get sent obscene images by ill-wishers (it’s a common tactic with the more tenacious variety of troll), and it’s not always immediately clear what’s in the messages.

Perfectly plausible, then, that he might have accidentally clicked on some malicious content. Sadly, it doesn’t appear as though this were the case.

He stands accused by female colleagues of doing it at least twice in the chamber, and possibly also during a committee hearing. Once might be understandable; anything more is suspect. He has now admitted to being a ‘f***ing idiot’ and told reporters,

My first hope when I heard that Neil Parish, 65, the MP for Tiverton and Honiton, had been accused of watching pornography in the Chamber of the House of Commons was that it would turn out to be an unfortunate accident

‘I have to apologise to my wife more than anybody for putting her through all of this.’ Yesterday, facing mounting pressure, he resigned as an MP.

More specifically, about how years of hardcore, explicit content available free and uncensored online has not only shaped popular culture and corrupted an entire generation, but also infected those charged with upholding standards in public life.

MPs are only human. Although we expect them, rightly, to behave to a higher standard, they are not immune to lapses of judgment. But to see such a flagrant disregard towards the norms of acceptable behaviour – to think that viewing explicit images in the Commons would in any way be acceptable – that marks a new low.

On the bus, on the Tube, in the playground, at parties: more and more people are reporting porn being viewed openly. Wherever there’s an internet connection and a suitable device (basically everywhere) anyone can have free and direct access to scenes that, were they broadcast after the 9 o’clock watershed on the BBC, would cause national outrage. What is the point of having any sort of censorship at all – either in films or TV – if it’s all just there at the touch of a button? If the very people who should be setting an example think it’s a normal way to while away the hours during, say, a tedious Commons debate? 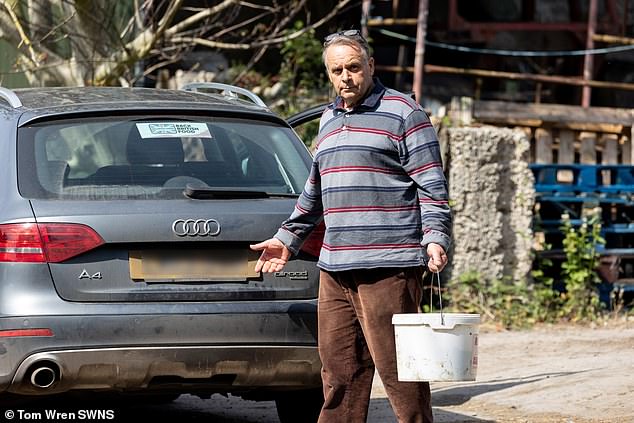 Perfectly plausible, then, that he might have accidentally clicked on some malicious content. Sadly, it doesn’t appear as though this were the case. He stands accused by female colleagues of doing it at least twice in the chamber, and possibly also during a committee hearing

Having never viewed porn, I was totally unprepared for the level of depravity that Johnson showed me. Angry men, pumped up on steroids, thrusting, slapping; girls choking and vomiting in shock and pain, tears running down their cheeks, their eyes bulging, their skin red and raw. In one video I witnessed just under an hour of total subjugation of a woman by five men. By the end of it, she was barely conscious and had to have her head held up by her hair for the parting shot. This video alone had clocked up half a million viewers, 86 per cent of whom had clicked ‘like’. Those images are forever seared on my brain.

Men such as Wayne Couzens, who murdered Sarah Everard, are openly influenced by hardcore porn, and by the way women are portrayed as willing participants in depraved male fantasies of violence and abuse. All of this would be bad enough on its own; but what makes it a true tragedy for humanity is that we, as a society, have so far done nothing – absolutely nothing – to shield our children and the vulnerable. No barriers, no censorship, nothing. Given a smartphone and an internet connection, it is as easy for a child to watch some poor girl being gang raped as it is to watch Tom Hardy reading a bedtime story on CBeebies.

That, I’m afraid, is the truth. And to my mind it is absolutely shameful. That successive Parliaments have kicked this issue repeatedly into the long grass – claiming that it’s impossible to police the internet, that there is no international jurisdiction and coming up with every lily-livered excuse under the sun – is, quite honestly, pathetic.