Copyright 2021 - All Right Reserved
Home » Relief as mother of two, 31, found safe after going missing in Kempton in Tasmania
News

Relief as mother of two, 31, found safe after going missing in Kempton in Tasmania

Relief as mother of two, 31, is discovered just 400m from police base after going missing in freezing conditions overnight

By Brett Lackey and Max Aldred For Daily Mail Australia

A young mother-of-two who went missing after wandering from her home late at night in freezing conditions has been found alive.

Tanaha Jane Direen, 31, was found by search and rescue teams just before 11am on Thursday at the Station Park Roadside Stopover in the main street of Kempton – a village an hour north of Hobart in Tasmania.

She had gone missing from her house in the village on Wednesday night but was found just 400m from where police had established their search base.

Ms Direen was treated by paramedics before being transported to hospital as the dozen search and rescue workers in hi-vis gear cheered and hugged.

Tanaha Direen (pictured) left her home late last night on foot in nothing but her pyjamas and a hoody, with locals concerned for her welfare after a night of near freezing temperatures

‘We will continue to look at the circumstances to what has led to this event,’ Mr Klug told reporters.

‘We would like to thank members of the public and everyone who has greatly assisted today which has led to this great outcome.’

Police had been ramping up their efforts to find the woman before forecast wild weather, including rain and strong winds, set in on Thursday afternoon.

Mr Direen left her home on foot about 9pm on Wednesday night.

Her worried family contacted police who had a number of uniformed officers and 10 search and recue personnel out looking by sunrise.

They had also urged motorists along the Midland Highway and those in the area to look out for the woman.

They had also been looking into whether the woman had used her phone or social media. 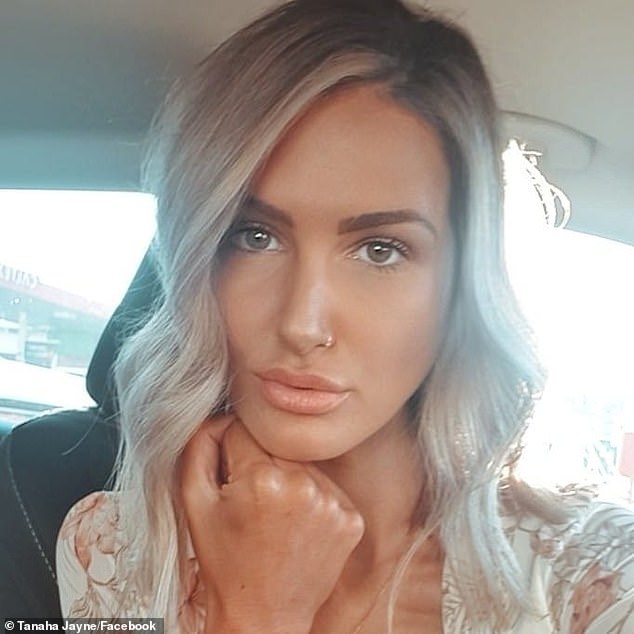 The small town has a population of around 400 and is situated in the lower pastoral area of Tasmania, around 40km north-west of Hobart.

Locals thanked the Kempton police for their quick response and overnight efforts but had also expressed their fears for the woman.

‘Went missing so late in the evening, I’m very surprised that the police acted so fast and used their technology too! Its a very small town, shocking they didn’t find her,’ one local wrote online.

‘Thinking of all her family, hope she is found safe & home with her loved ones,’ said another concerned local on Facebook.

‘I hope you are okay Tanaha, thinking of you and your family and hoping you are found safe beautiful,’ wrote a friend.

Kempton village locals had also been concerned about the frigid overnight temperatures in the area.

‘I hope she’s found, it was a very cold night!’

‘Hope she is found safe, it was a cold one at Kempton last night.’ 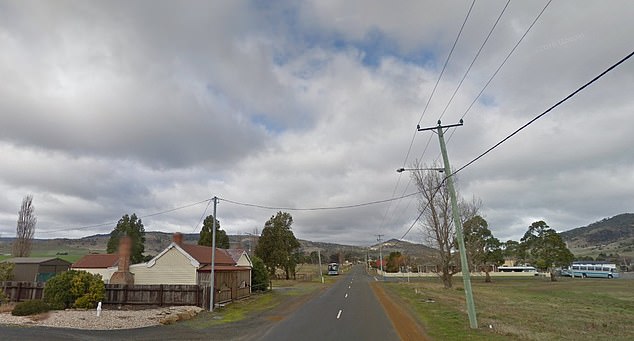 Temperatures dropped as low as two degrees overnight in the area.

As the town is situated between open pastures and hills on all sides, some had speculated she couldn’t have gone far solely on foot.

The town is beside the Midland Highway and otherwise only has one other paved road leading out of the town to the south-west.

Family member Monique Direen had appealed for locals to call the police,

‘Please can everyone one please keep their eyes out for Nay. If you see her please stay with her and call the police. Nay if you see this we love you and we want you home,’ she wrote.