More than 7,000 migrants have crossed the Channel so far this year – treble last year’s rate for the same period of time – as the Bank Holiday weekend saw a surge in journeys feared to have been caused by delays to Priti Patel’s controversial Rwanda plan.

The Ministry of Defence said that it had intercepted more than 300 migrants in two days – 254 on Sunday and as many as 100 yesterday – following an 11-day break in crossings.

Critics said the Home Secretary’s Rwanda policy, under which illegal cross-Channel migrants will be sent to the east African nation, would not act as a deterrent to those seeking to make the trip. They said the 11-day break had simply been due to the weather.

Border Force officials have now warned that the Channel crisis could ‘get worse before it gets better’, and suggested that delays to the Rwanda scheme will only deter crossings once flights start and migrants realise they will be sent 4,000 miles away.

Tony Smith, a former director-general of the Border Force, said: ‘If you can show people will fly from Manston [the Kent RAF base where they will be held] directly to Rwanda, that will hit the smuggling gangs and that will hit the migrants. At the moment, it seems a bit of a game of bluff. No one has been sent to Rwanda yet.’

Last night, France claimed the policy had actually created a window of opportunity that people-smugglers were exploiting.

Calais MP Pierre-Henri Dumont said there was evidence that criminals were encouraging migrants to attempt the crossing, adding: ‘From what I heard from the migrants, it seems that the news of the new legislation in the UK with Rwanda gives the smugglers the availability of new commercial arguments [to] the migrants to urge them to cross quickly for them not to be sent away because of this new legislation.’

Prime Minister Boris Johnson is said to have wanted the first flights of migrants on a one-way ticket to Rwanda to leave at the end of this month.

But government sources admitted last night that they were likely to be delayed by legal challenges being mounted by three different groups, with one senior source telling The Telegraph: ‘Everyone is pushing as hard as they can to get it ready, but we have said that it’s not going to be quick. We want to make sure it is done properly and right.’

Border Force are seen as they brought Migrants in to Dover docks, May 2, 2022 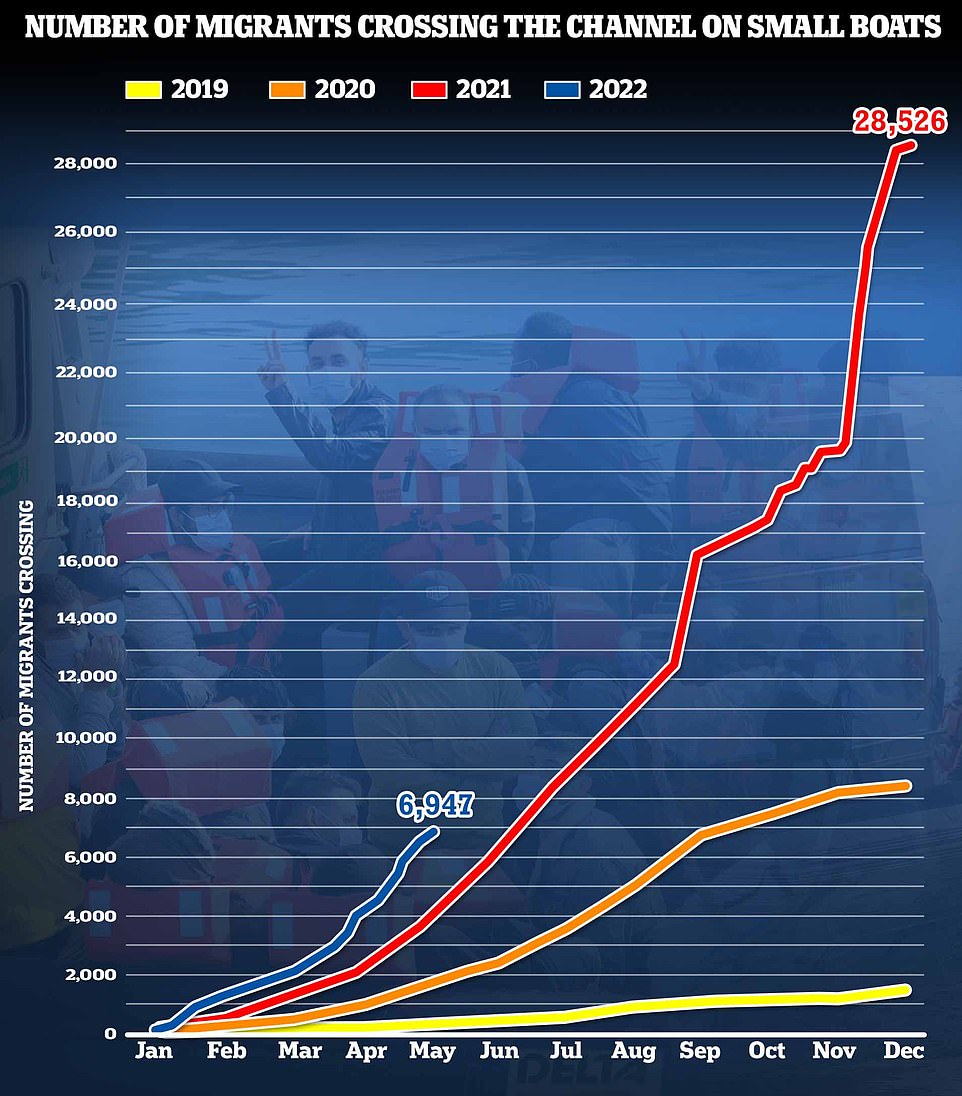 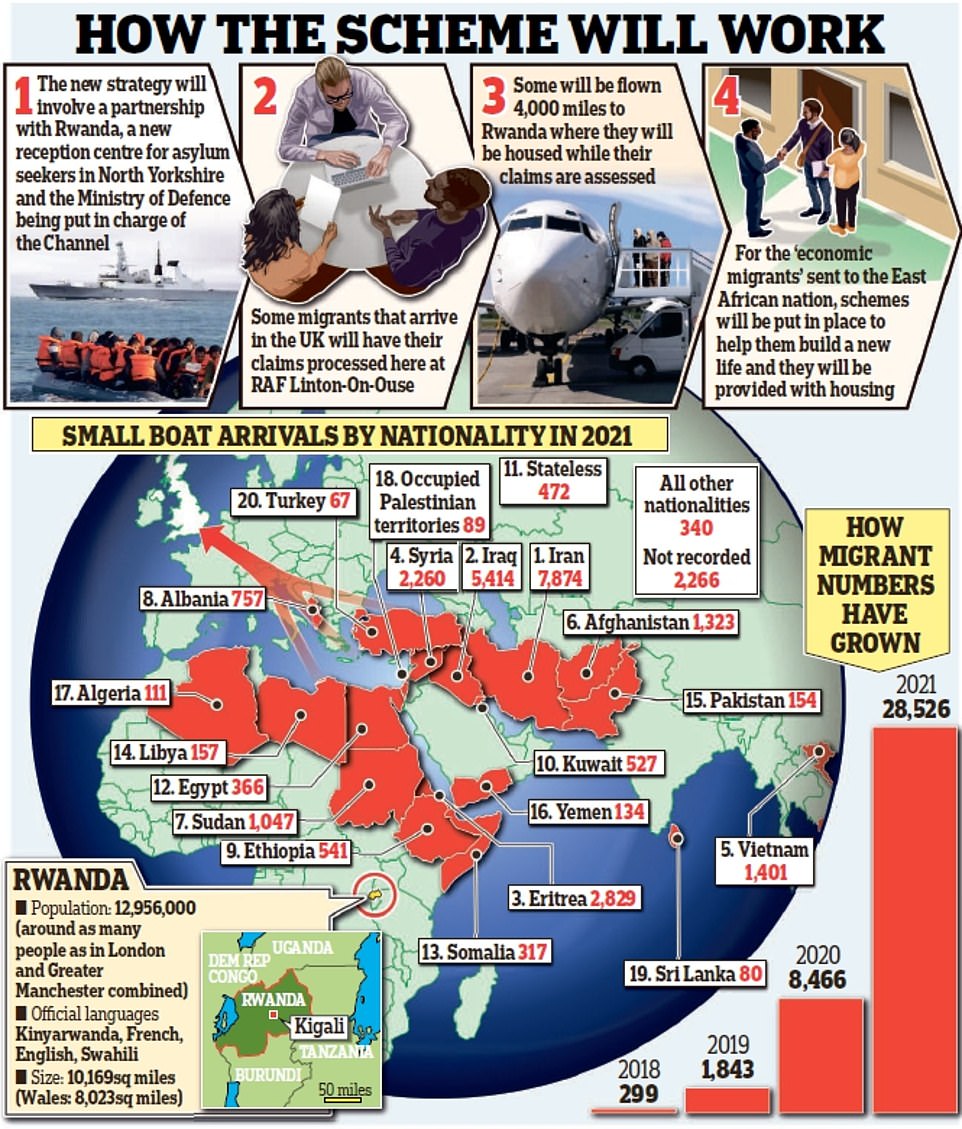 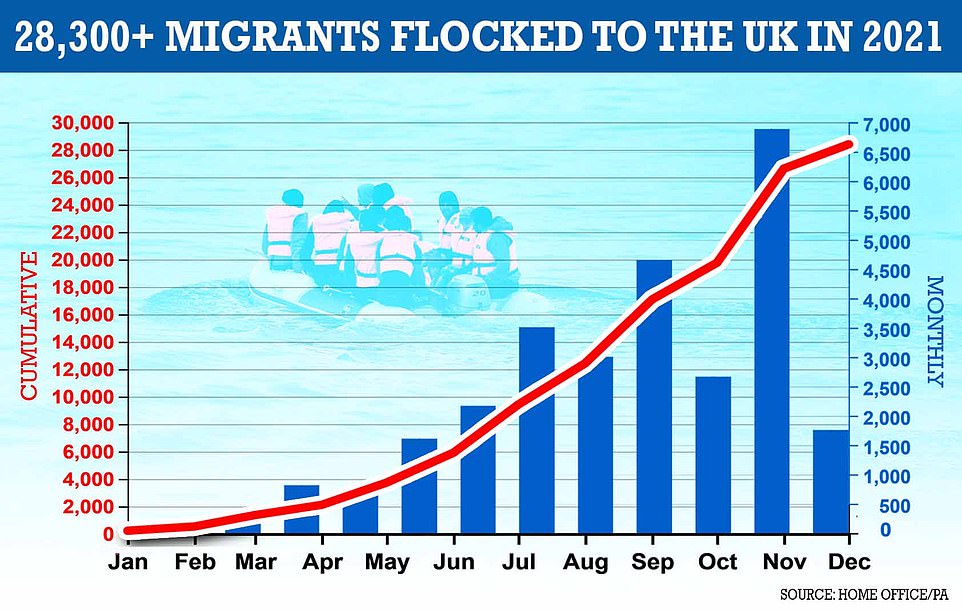 A record 28,395 migrants reached the UK illegally last year in small boats over the Channel, a 200 per cent increase on 2020 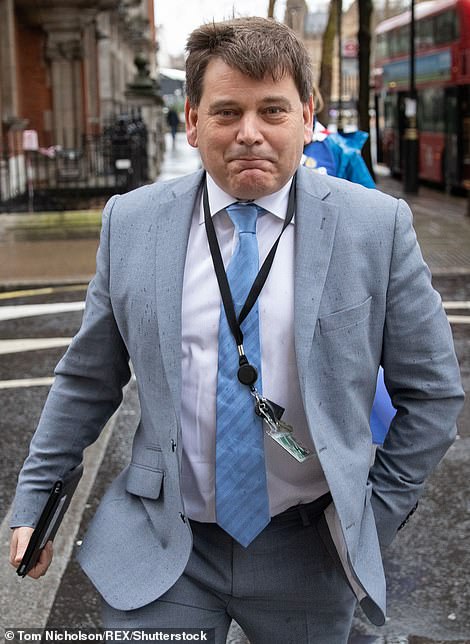 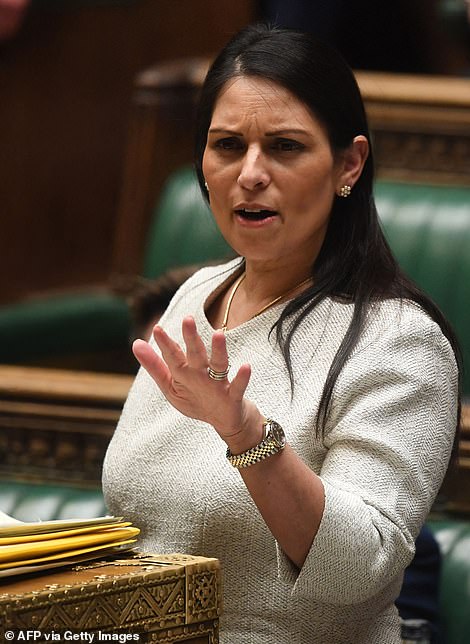 Calais MP Pierre-Henri Dumont has admitted that the more than £80million that Britain has given France to stop Channel migrant crossings the past two years is a waste of money.

He said no amount of funding or manpower would stop migrants crossing the Channel and that the money being sent from the UK to France was only ‘making both sides of the Channel angry’.

In an interview with The Times in Calais, Mr Dumont said: ‘I strongly believe that we need to exit the relationship that we have right now with the UK, which is basically the UK is giving us money to do the job, because it makes both sides of the Channel angry.

‘The UK taxpayer because they say, ‘We’re giving money to the French, what are they doing, we still have crossings?’ But we are not your b***h.

He said there was no prospect of France agreeing to take back migrants who had crossed the Channel.

Conservative MPs urged the Government to press ahead with the flights regardless. Tim Loughton told Radio 4’s The World At One: ‘It may seem a very robust, extreme scheme, but it is the first thing that has actually been put forward that would actually practically do something about this problem.

‘People in the South and up and down the country are just sick and tired of these people smugglers making a fortune out of human trafficking, this misery coming across the Channel.

‘The Rwanda scheme is an attempt to do something practical about it. But is very early days – it was only announced three weeks ago and it hasn’t started yet.’

Fellow Tory MP Andrew Bridgen added: ‘The sooner people realise that it’s not a hollow threat, the sooner the crossings will be reduced.

‘The sooner flights start removing illegal entrants to Rwanda the sooner these economic migrants will stop placing themselves in the hands of the ruthless people traffickers and the sooner their exploitation will stop.’

The MoD said Sunday’s crossings were made in seven small boats. Those brought ashore yesterday were put on coaches to be taken to the immigration processing centre at the former Manston airport near Ramsgate.

Pictures showed large groups of mostly working-age men in life jackets and blankets. Several women and young children were with them. Channel migrants are still processed in the same was as before the Rwanda deal was announced, with most placed in hotels while their claims are processed.

The MoD took over control of migrant operations in April, when the Government also announced controversial plans to send some of those making the cross-Channel journey to Rwanda.

The Government’s Nationality and Borders Bill – dubbed the anti-refugee Bill by campaigners as it makes it a criminal offence to knowingly arrive in the UK illegally and includes powers to process asylum seekers overseas – became law on Thursday.

Mr Johnson has said tens of thousands could be sent to Africa under the £120million deal, which will let them apply for asylum there.

But refugee organisations said the Bill does ‘nothing to address the reasons people come’, with one charity saying the majority of migrants it spoke to said the plan will not put them off crossing to the UK.

The Care4Calais charity said a survey of 64 migrants found 87 per cent had heard of the plan and 75 per cent said ‘it won’t put them off crossing to the UK’. A spokesman added: ‘They have no choice: they’ve fled danger made long, dangerous journeys’.

The charity branded the Rwanda deal – which Miss Patel has described as a ‘world-first’ agreement – as ‘just another in a long line of deterrence policies announced by this Government over the last few years’.

Care4Calais said: ‘Refugees have escaped from the worst horrors in this world. When you’re risking your life, what else do you have to lose? When someone explains ‘even death wouldn’t stop me’ trying to get to the UK, it’s clear that even the threat of Rwanda won’t change anything.’

Enver Solomon, chief executive of Refugee Council, said the resumption of crossings at the weekend showed that ‘draconian policies enshrined in the Nationality and Borders Bill and their (the Government’s) Rwanda deal are doing little to deter desperate people jumping on boats because they do nothing to address the reasons people come’. 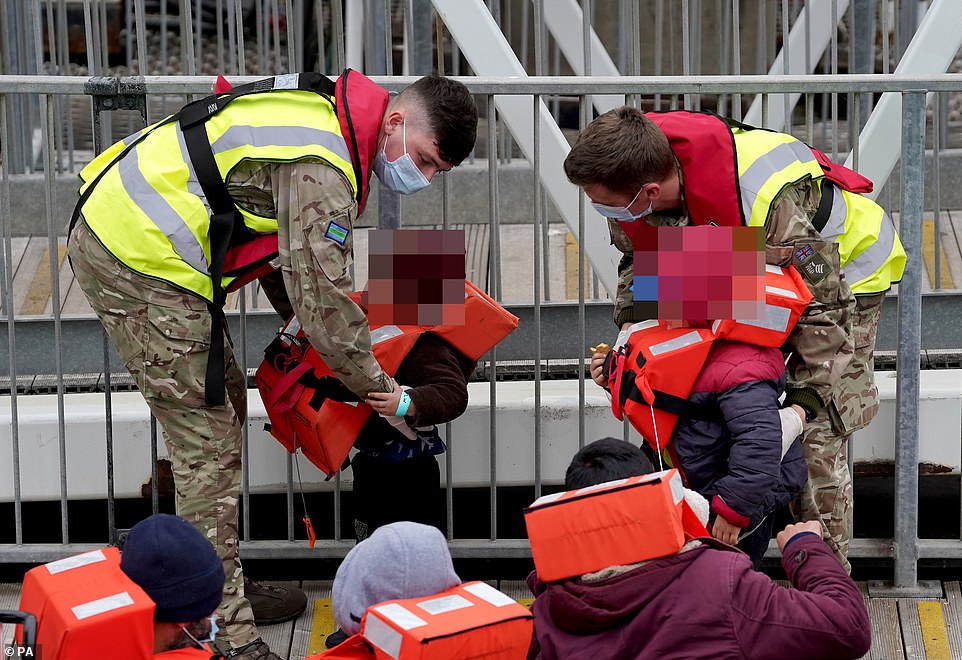 Young children are helped by military personnel amongst a group of people thought to be migrants as they are brought in to Dover, Kent, Monday May 2, 2022 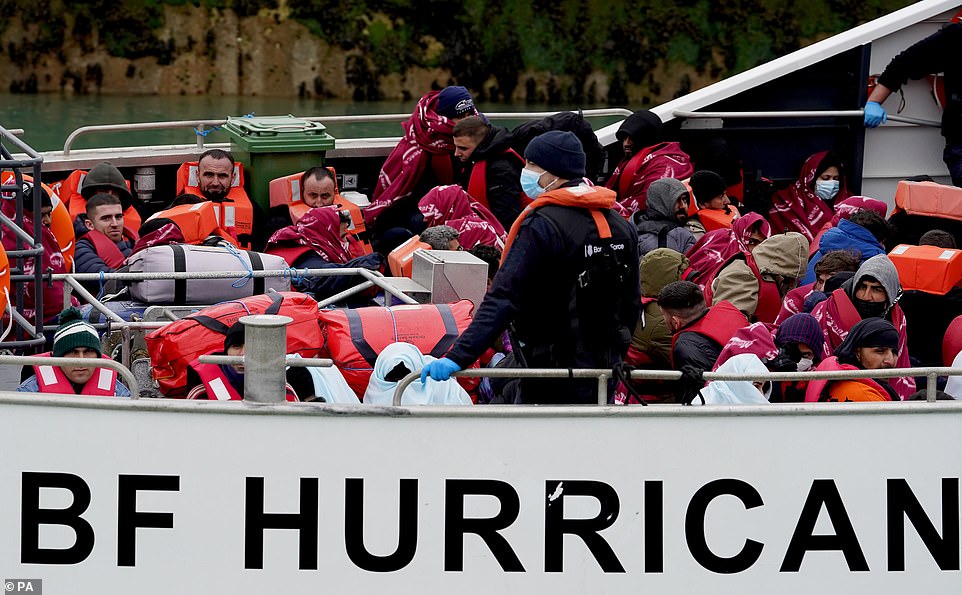 A group of people thought to be migrants are brought in to Dover, Kent, onboard a Border Force vessel, Monday May 2, 2022 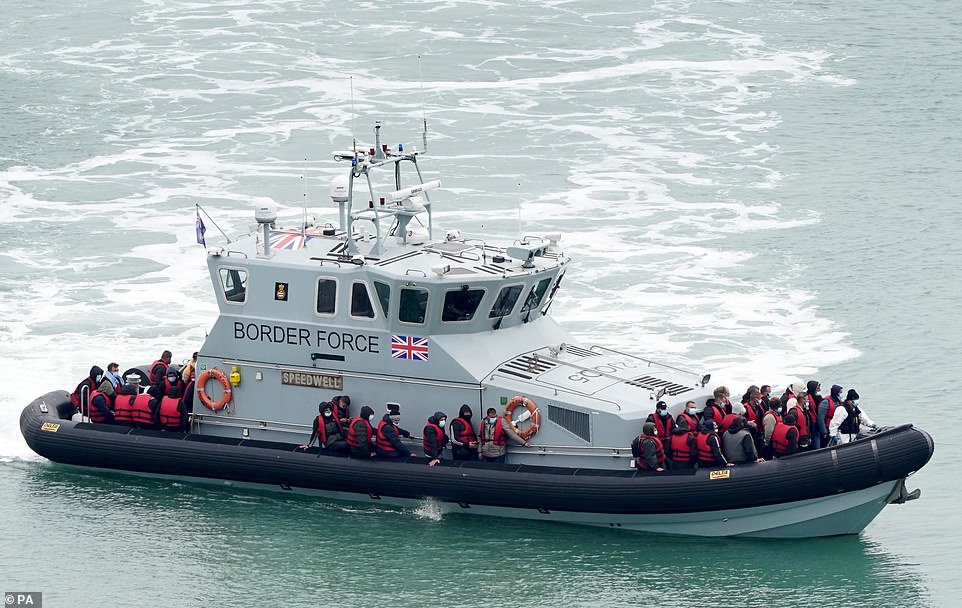 A group of people thought to be migrants are brought in to Dover, Kent, onboard a Border Force vessel, Monday May 2, 2022

He called on the UK to have a ‘grown-up conversation with France and the EU about sharing responsibility’.

He said: ‘We need a fair and humane asylum system, with means well thought-out, long-term solutions that address why people are forced from their homes, and provides them with safe routes to the UK.’

Sunday’s figures mean at least 6,947 people have reached the UK since the start of the year after navigating busy shipping lanes from France in small boats, according to data compiled by the PA news agency.

Typically there can be periods of several days or weeks without migrant crossings, often depending on weather conditions. Two longer gaps of 16 and 13 days without crossings were recorded earlier this year, before the Rwanda deal was announced.

The longest period without any crossings so far in 2022 was 16 days, between January 27 and February 11, PA analysis of Government figures shows.

Labour leader Sir Keir Starmer said there needs to be ‘an international co-ordinated criminal response’ to tackle the ‘criminal gangs’ that he said are driving the migrant crisis.

Speaking on the campaign trail in Worthing, West Sussex, he said: ‘I know what can be done if you’ve got teams working together across Europe all the way along those routes, absolutely bearing down on these criminal gangs, and working very closely with the French authorities as well.’