Qantas profits to soar after bosses sacked workers, took money from taxpayers and pocketed huge bonuses for themselves

Qantas’ profit expectations have soared by $150million for the first half of 2022-23 after a tumultuous year plagued by staff sackings, service delays and being dubbed one of Australia’s worst companies.

The ‘Flying Kangaroo’ cited strong post-Covid-19 travel demand from passengers when its latest market update was released on Wednesday.

Qantas now forecasts an underlying before tax profit of $1.35-$1.45billion for the current half-year ending December 31.

That’s a $150million increase since the last profit forecast in October, despite record high fuel prices and recent extreme weather as a fourth Covid wave looms.

Airline boss Alan Joyce has copped recent backlash after it was revealed he’ll pocket $4m in shares on top of his $2m-plus salary, despite travellers’ outrage at service failures.

Meanwhile the airline received more than $2.35 billion from taxpayers to help keep the business afloat after lockdowns and border closures grounded most of its fleet.

The airline is desperate to overhaul its public image after it was recently awarded a ‘Shonky’ gong by consumer watchdog Choice.

‘Consumers continue to put a high priority on travel ahead of other spending categories and there are signs that limits on international capacity are driving more domestic leisure demand, benefiting Australian tourism,’ the airline said.

Fuel costs are expected to reach $5 billion this financial year which would be a record high for the Qantas group, despite international capacity still a third below pre-Covid levels.

The airline’s net debt is expected to plunge between $2.3-$2.5 billion by New Year’s Eve, $900 million better than forecasted last month.

Staff are on track to reap the benefits of post-pandemic recovery with up to $11,000 in bonuses for non-executive employees, the airline added.

Around 20,000 non-executive employees are set to receive a $5000 bonus and up to 1000 Qantas shares, subject to meeting key conditions. 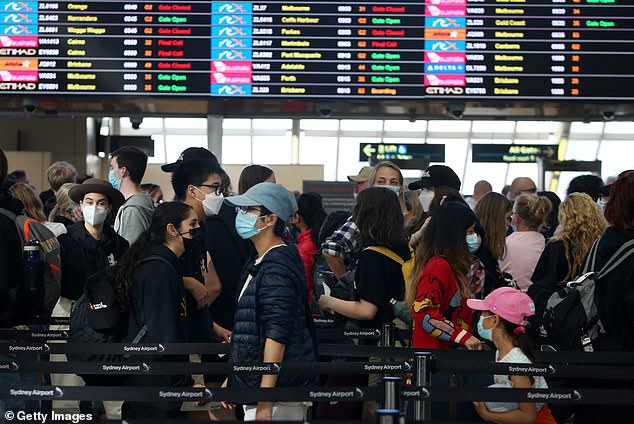 Qantas’ profit expectations have soared by $150million since October due to demand from travellers (pictured, passenger queues at Sydney Airport) 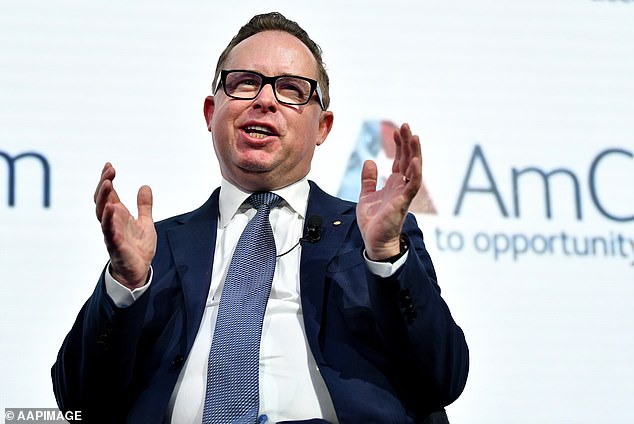 Its cancellation rate of flights dropped to 1.2 per cent last month, compared to rivals Virgin Australia, which binned 3.6 per cent.

Qantas has also been plagued by industrial action undertaken by flight cabin staff over a new agreement.

The aviation giant is confident of maintaining top spot over the peak travel season during Christmas after a $200million investment provided stability.

‘The investment in rostering additional staff, continued recruitment and reserve aircraft will help maintain these levels during the latest wave of Covid infections in the community and into the busy Christmas period, as well as limiting the impact of extreme weather (especially wind) in November,’ Qantas added.

Qantas shares were up 6.1 per cent to $6.225 following Wednesday’s announcement, their highest level since February 2020 when the pandemic first hit Australia’s shores.

Mr Joyce recently revealed Qantas was weeks away from going broke as Australia’s borders slammed shut and the nation was plunged into lockdown. 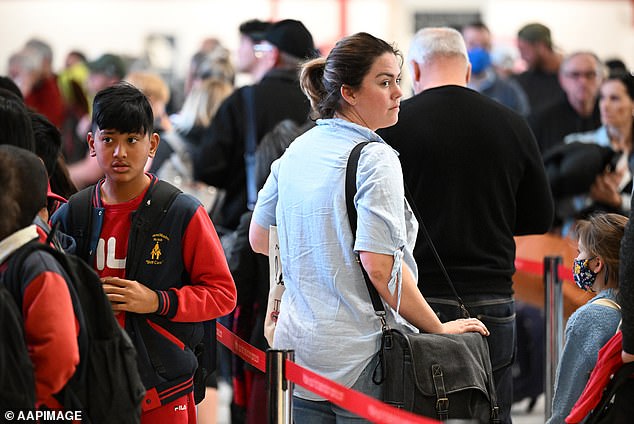 Qantas has poured $200million into rostering and recruitment additional staff and reserve aircraft ahead of the busy Christmas period (pictured, passengers at Sydney Airport) 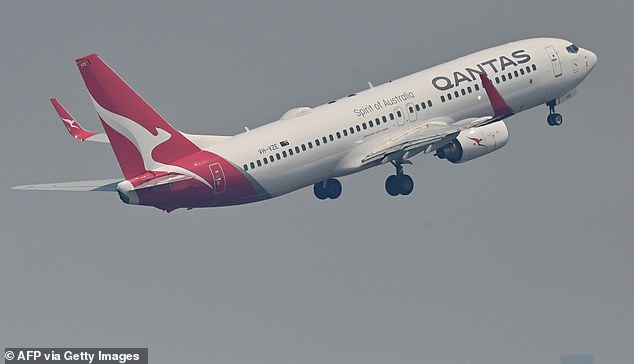