Paraglider father-of-three plunged to his death after his glider ran into high winds, inquest hears

An experienced paraglider pilot plummeted to his death in a ‘desperately unfortunate’ accident after his glider’s wing collapsed when it hit high winds, an inquest heard.

Christopher Sparham was in the air above Barton on Sea, in Hampshire, when strong winds of up to 21mph caused him to lose control of his glider in August last year.

He had been attempting to land on a cliff edge and was seen suddenly plunging 30ft to the ground ‘as if he had been shot’.

The father-of-three was rushed to hospital but died of his injuries – which included internal bleeding and spinal fractures – three weeks later.

Experts suggested the ‘fun loving’ 62-year-old, who had taken up paragliding after retiring a decade ago, may have been ‘rusty’ during the flight having not flown as much due to the pandemic.

The inquest, at Winchester Coroner’s Court, also heard Mr Sparham may have been able to recover if he were flying higher – but there was ‘no way’ he could have made a recovery at such a low height.

Since taking up the sport, Mr Sparham had logged dozens of hours and even travelled to Italy, Spain and Morocco on paragliding holidays.

The active sportsman, from the market town of Romsey, Hants, also travelled to Turkey in 2015 to undergo an SIV (Simulated Incident in Flight) course.

David Thompson, Senior Technician at the British Hang Gliding & Paragliding Association (BHPA), explained: ‘Paragliding is a sport you need to have proper training for; it is potentially very dangerous.

‘Chris would have had well in excess of 30 hours flying logged, and would have been a reasonably experienced pilot.

‘His equipment was in good nick, and he was pilot rated.

‘You do get rusty when you haven’t flown in a while, and it is possible Chris was not as sharp as he would have been (before the pandemic). 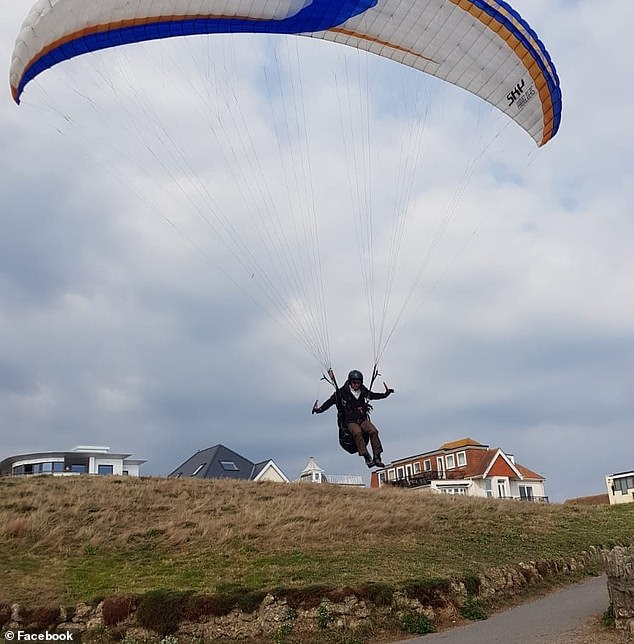 Mr Sparham was an experience glider, having logged dozens of hours in the air and going on paragliding trips to Italy, Spain and Morocco

‘He was familiar with the Barton on Sea site. If you don’t treat it with respect it is potentially a very dangerous site.

‘It can be extremely turbulent on the top of the cliff and you have to get it exactly right.’

Mr Thompson predicted the wind on August 10 last year, when Mr Sparham’s accident occurred, to have been between 17 and 21mph.

He told the court the left wing of his Sky Argos C-rated glider ‘collapsed’ under the strong winds, causing him to lose control and plunge to the ground.

Had he been flying at 100ft instead of just 30ft, Mr Sparham probably would have been able to recover, he said.

‘There is nothing you can do to recover from a collapse at 30ft – you could be a World Champion paraglider… there’s no way,’ he added.

‘You would need probably 100ft to 150ft… especially in the C-rated glider, as they take more time to recover.

‘An A-rated glider (for less experienced pilots) may not have collapsed in the first place.

‘He was also quite light on the day, at the bottom end of the weight range.’

One eyewitness, who was 200ft away and saw the crash from the balcony of her home, said it looked as though Mr Sparham had been ‘shot’ because of the way he fell.

Levina Monahan said: ‘He looked as though he was turning his paraglider to make a landing.

‘Then he started acting strange… I would describe it as though he had just been shot: he plummeted to the ground.

‘Once he hit the floor, he didn’t move.’

One of Mr Sparham’s three daughters, Stacey, said her father was semi-retired after being made redundant from a Ford Motor Assembly Plant in 2009, and also worked part-time at a dockyard. 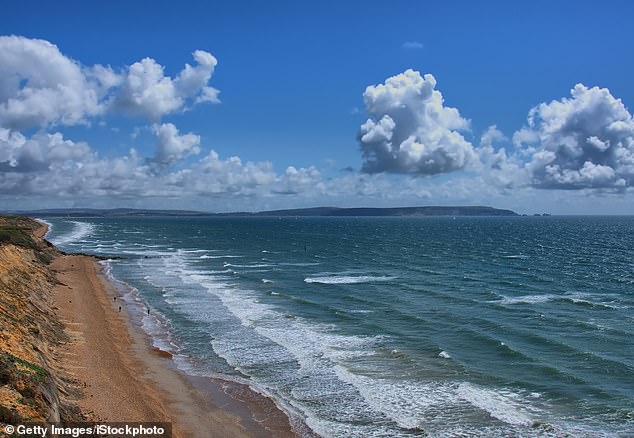 She added: ‘He was just brilliant: fun loving, had lots of friends, loved going out and socialising.

‘He had given up his full-time job 12 years prior when he took up paragliding, which became his passion.

‘He would go out flying as much as he could, and had gone away on paragliding holidays as well.’

Recording a verdict of accidental death, Area Coroner Jason Pegg said: ‘Chris had conducted many hours flying a paraglider, not only in the UK but also in Morocco, Spain and Turkey.

‘It is unclear, because of the pandemic, when he had last flown. It seems to me this was a desperately unfortunate accident.

‘It is more likely than not that the turbulence caused the left side of the wing to collapse and there was no prospect of Chris recovering it that low.

‘He lost control of his paraglider and spiralled into the ground. He had attempted to roll but couldn’t do so.

‘His injuries were very serious, and he sadly died a number of days after at Southampton General Hospital on August 31.’