When Kim, 41, and Pete, 28, arrived at the dinner, they were informed Stewart, 80, was sitting at the DailyMail.com table. Kim said she would be delighted to catch up with Martha, and the lifestyle legend made her way over to the reality star and the Saturday Night Live comedian to cheers from the audience.

Stewart held hands with Pete as they posed with Kim. The pair had moments earlier made their red carpet debut together.

‘This truly was one of the highlights of the dinner. It showed the glitz and glamor had returned to Washington DC,’ a guest told DailyMail.com. 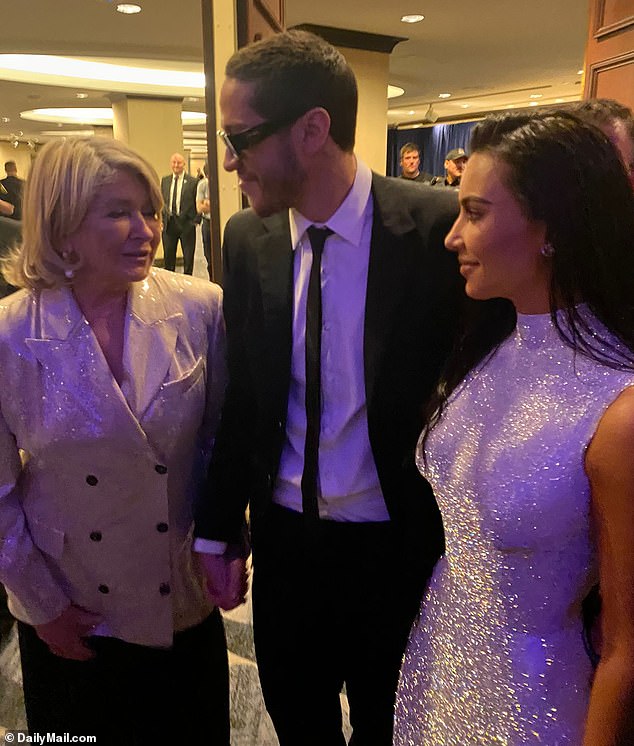 The trio were among the biggest celebrities at the star-studded event, which resumed this year after being canceled in 2020 and 2021 due to COVID 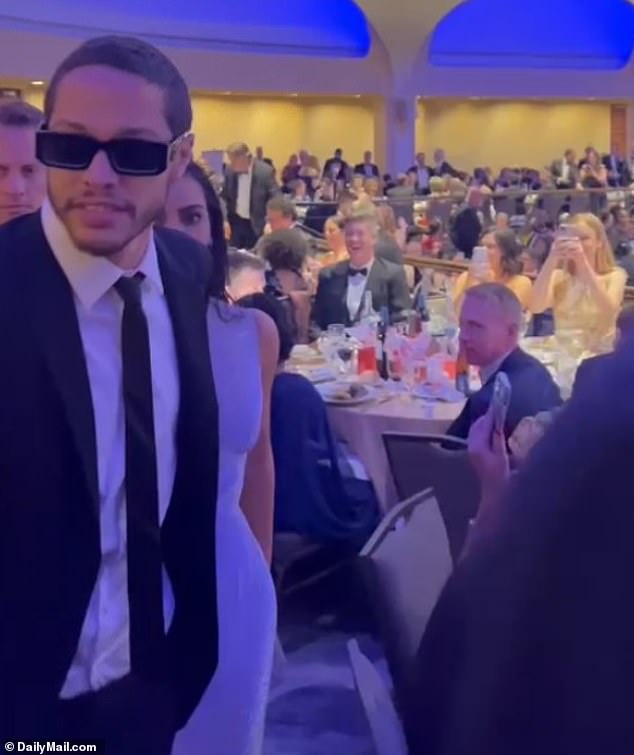 Kim and Pete, who started dating late last year, are sitting with ABC at the dinner as Kardashian’s new reality show is now streaming on the Disney-owned platform Hulu.

Martha, Kim and Pete were all guests at ABC News’ glitzy invite-only pre-party where they were all seen posing with guests who wanted selfies.

Stewart, whose own ABC show – The Great American Tag Sale with Martha Stewart – is set to premier in May, is attending the dinner as a guest of DailyMail.com.

Moments after meeting Kim and Pete, Stewart wrote on Instagram:  ‘We are at the Washington Correspondents’ Dinner. Kim and Pete and I said our hellos while we await the President of the United States!

‘President Biden is due shortly to address about 2,600 journalists and Trevor Noah is the master of ceremonies. I am a guest of DailyMail.com.’

The White House Correspondents’ Association Dinner serves as a celebration that brings together journalists, celebrities and politicians and often includes jabs and roasts at the otherwise serious Capitol.

For years, a comedian has poked fun at political leaders and journalists alike at the Correspondents’ dinner. Previous hosts have included Conan O’Brien, Jimmy Kimmel and Seth Meyers.

The Daily Show’s Tevor Noah will become the first comedian to headline the event since Michelle Wolf in 2018, when she sparked controversy with jokes about the Trump administration.

Noah is expected to deliver his own roast against the Biden administration, and will most likely take a few jabs at Kim, the biggest celebrity attending the event.

Kim, who attended as a guest of ABC, worse a dazzling silver dress, while the comedian Davidson sported a black suit with sneakers and dark sunglasses 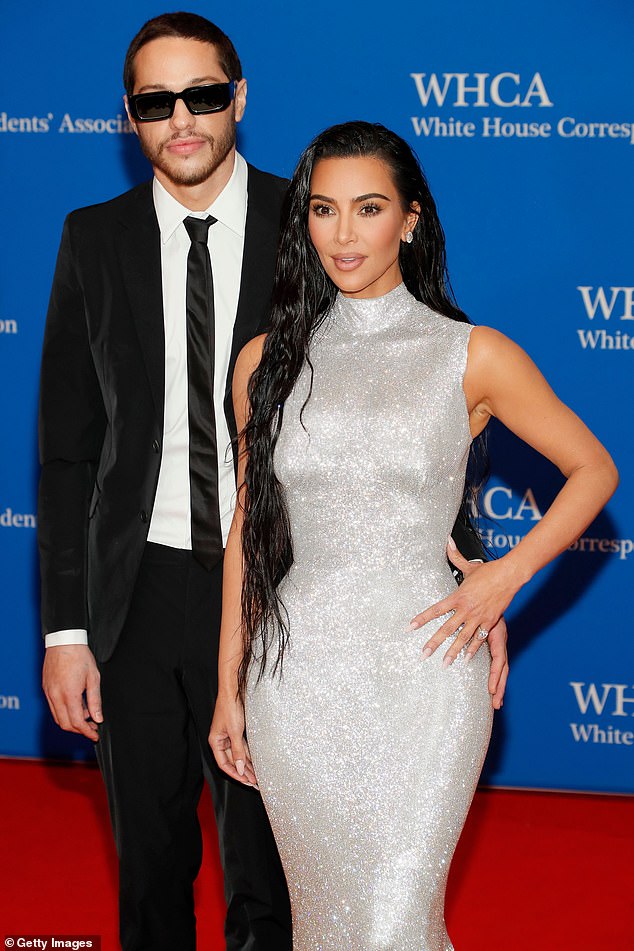 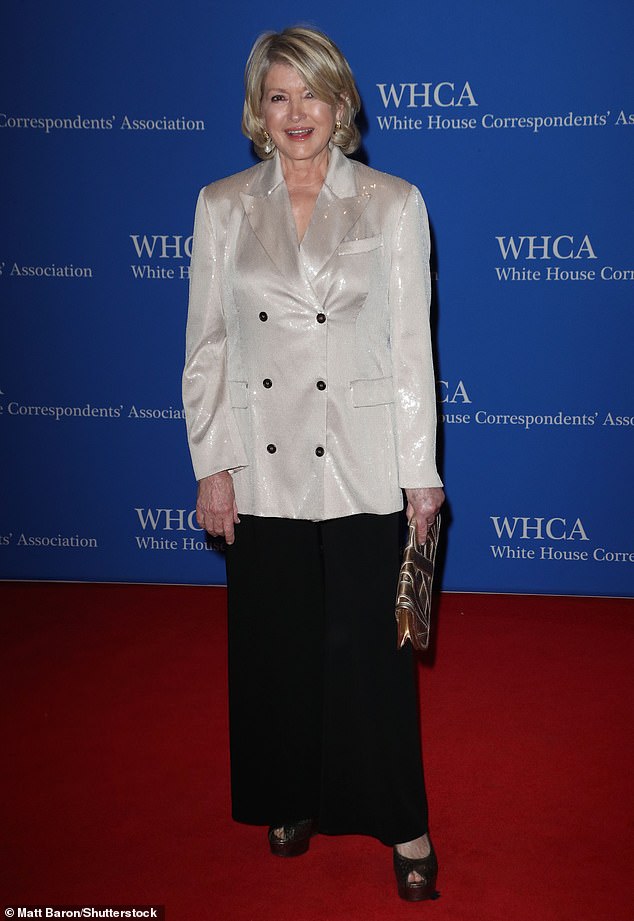 Stewart wore a shining, white coat over a pitch-bark skirt while on the red carpet. She was invited as a guest of DailyMail.com

The Bidens’ presence at the event will also be a return to form after former President Donald Trump snubbed the dinner while he was in office.

Every president since Calvin Coolidge had attended the WHCA’s annual dinner with the exception of Trump.

The White House Correspondents’ Association previously said that the dinner will offer ‘the first opportunity since 2016 for the press and the president to share a few laughs for a good cause.’

Proceeds from the event support the White House press corps’ work, scholarships for aspiring journalists and awards for those in the profession.

After the dinner, Comcast and NBC News will host their famous after-party at the Kennedy Center with DJ Jaime Ferreira. Invitations to this party are harder to come by than seats at the dinner.