A large piling rig from a neighbouring building site has slammed into the roof of Frankston Hospital in Melbourne’s south causing dozens of staff and patients to flee.

The collapse of the rig, which is used to create foundation columns, occurred about 10am Wednesday causing significant damage to the building – but as yet no injuries have been reported.

About 50 people including the hospital’s psychiatric ward have reportedly been evacuated. 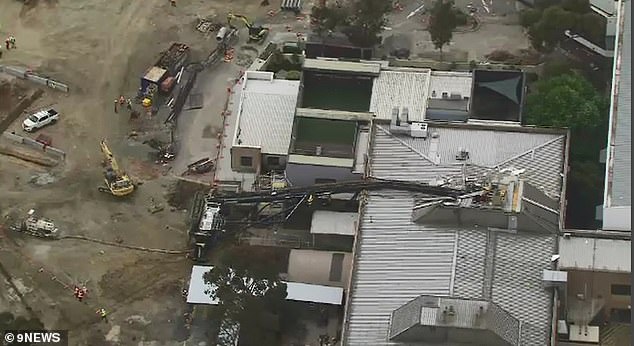 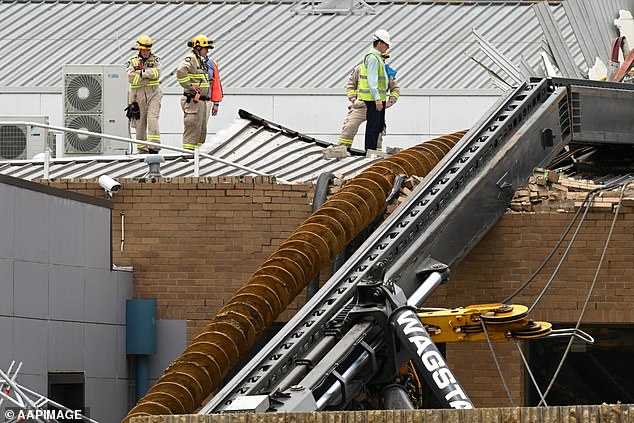 Firefighters were on the scene within five minutes as some patients using walkers and wheelchairs made their way out of the hospital to be temporarily housed in a nearby building.

Aerial pictures show the rig – positioned on a site that looks to have been flattened in preparation for construction – toppled over.

The extended arm metal arm has smashed into what appears to be an equipment plant and access room on the roof, destroying it.

The hospital is undergoing a $562million redevelopment to include an 11-storey tower to house another 120 beds along with specialty services including new mental health facilities. 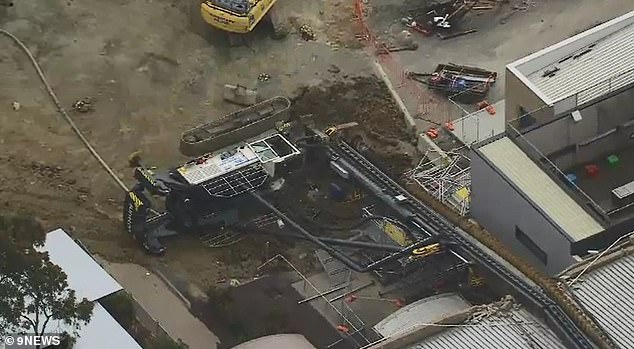 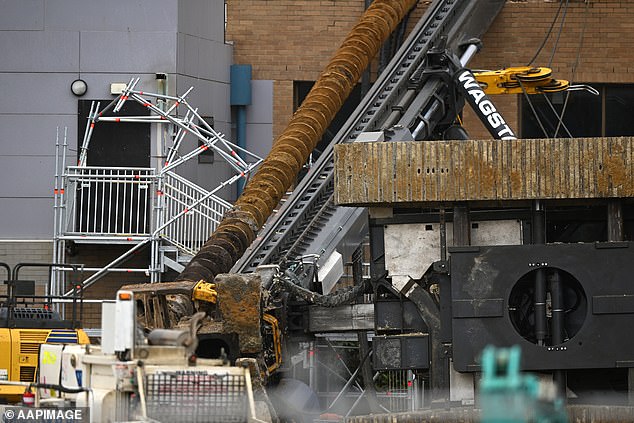 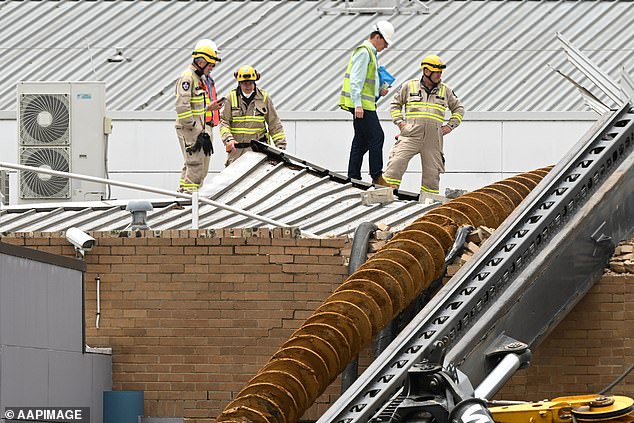 WorkSafe Victoria is investigating how the rig collapsed (pictured: fire crews and investigators at the scene)