It’s the sanger mantrap which has butchered careers at home and abroad – and Labor leader Anthony Albanese diced with political death on Saturday when he awkwardly tackled a sausage sandwich on camera.

On the campaign trail in Perth, the image of the Opposition Leader tucking into the snag roll sparked flashbacks to his predecessor, Bill Shorten.

On the day of the 2016 federal election, Mr Shorten horrified a nation when he launched into a roll and sausage from the side, instead of the traditional end first approach.

The image, from Strathfield North Public School in Sydney’s inner-west, quickly went viral on social media, with many saying it helped Labor lose that election.

But Mr Shorten wasn’t the first politician to have their eating style critiqued. 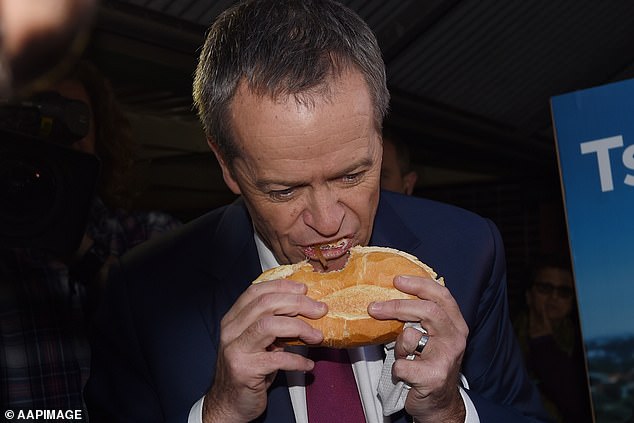 In the UK, then Labour leader Ed Miliband was photographed in 2014 devouring a bacon sandwich when out buying flowers for his wife.

The image became legendary after it appeared on the front page of a national UK newspaper, destroying his credibility among the British public. 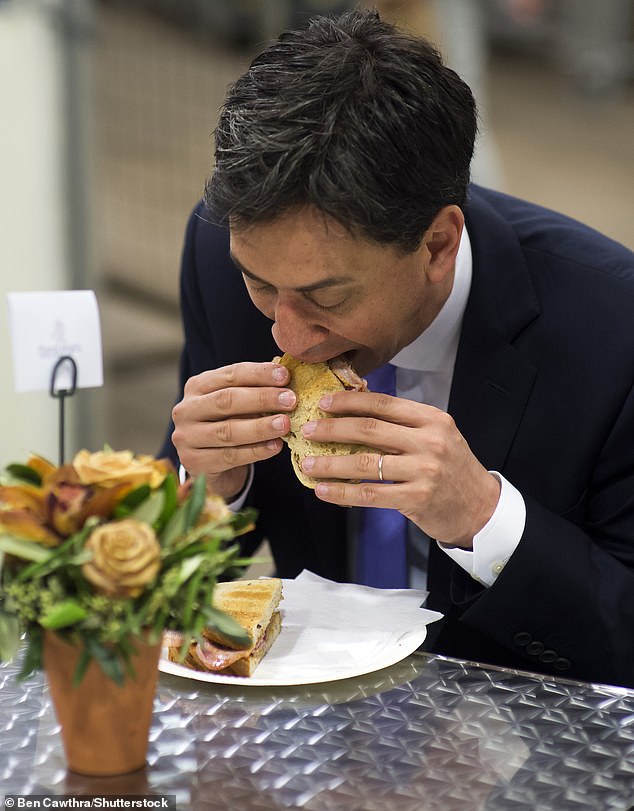 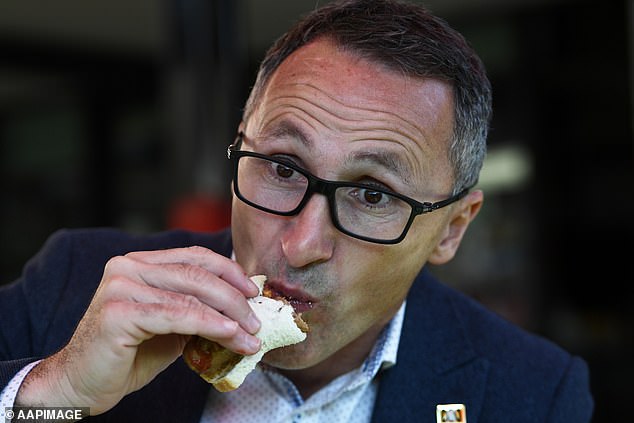 ‘As soon as anybody famous starts to eat in front of you, as a photographer you start switching on immediately,’ he told the Huff Post. ‘It’s obvious that it’s not your glamour shot.’

In 2019, the then-Greens leader Richard Di Natale was photographed ‘attacking’ a sausage with gusto – complete with toppings including mustard, onions and tomato sauce.

The image, from federal election day in Melbourne at St Kilda, became a hit online due to Di Natale’s clear enthusiasm for the snag – but he still lost his leadership role the following year.

Albanese will be hoping he doesn’t suffer a similar fate to the previous political sandwich-lovers of the past at the Australian federal election on May 21.