A Ukrainian woman posing as a member of the Rothschild banking dynasty successfully infiltrated Mar-a-Lago and former President Donald Trump’s inner circle and is now being investigated by the FBI and Canadian authorities.

The Pittsburgh Post-Gazette and the Organized Crime and Corruption Reporting Project were out with a report Friday on 33-year-old Inna Yashchyshyn, who told Florida socialites she was heiress Anna de Rothschild, and was ‘fawned all over’ by guests at Trump’s private club.

The story comes out as intrigue continues to swirl around the August 8 raid of Mar-a-Lago over the presence of classified documents at the ex-president’s home and private club – and highlights whether those materials were secure if a fraudster was able to infiltrate Trump’s social circle. 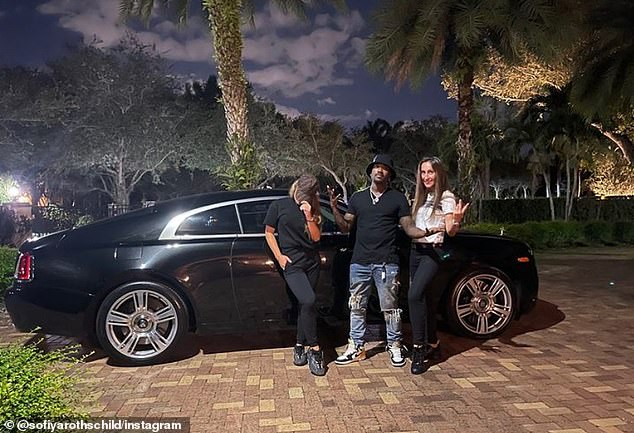 The FBI has photographs of Inna Yashchyshyn (right) and former President Donald Trump, Sen. Lindsey Graham and Kimberly Guilfoyle, a report from the Pittsburgh Post-Gazette and the Organized Crime and Corruption Reporting Project said 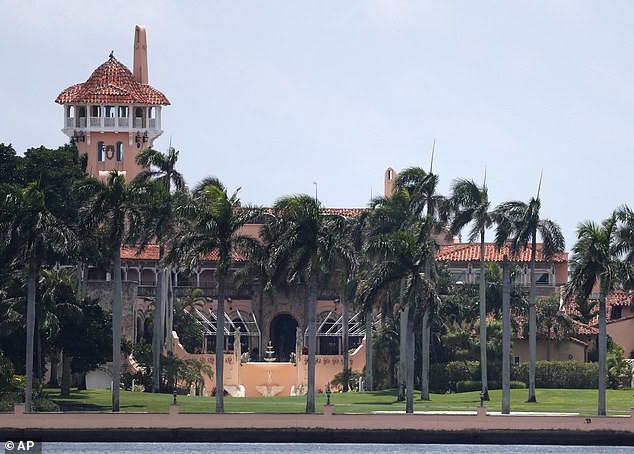 Yashchyshyn started showing up at Mar-a-Lago in May of last year where ‘she talked about vineyards and family estates and growing up in Monaco,’ on prominent guest said 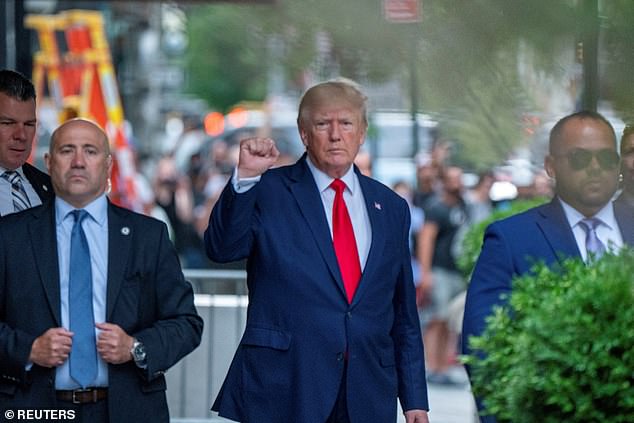 The Secret Service wouldn’t comment on whether they were investigating Yashchyshyn, nor would the FBI – but several sources said they had been questioned by FBI officials about Yashchyshyn’s behavior.

Canadian law enforcement confirmed Yashchyshyn has been the subject of a major crimes unit investigation in Quebec since February, the Post-Gazette reported.

Yashchyshyn started showing up at Mar-a-Lago last spring, with guest John LeFevre, a former investment banker, recalling meeting her by the club’s pool on May 1, 2021 after she arrived driving a Mercedes-Benz SUV.

‘It wasn’t just dropping the family name. She talked about vineyards and family estates and growing up in Monaco,’ recalled LeFevre. ‘It was a near-perfect ruse and she played the part.’

He added that ‘everyone was eating it up’ and Mar-a-Lago members ‘fawned all over her and because of the Rothschild mystique, they never probed and instead tiptoed around her with kid gloves .’

By the next day, Yashchyshyn was rubbing shoulders with Trump and Sen. Lindsey Graham at the president’s nearby West Palm Beach golf club.

The report included photographs of Yashchyshyn, Trump and Graham, as well as her in a group shot with Donald Trump Jr.’s fiancee Kimberly Guilfoyle.

The Post-Gazette also shared images of Yashchyshyn’s various IDS – passports from the U.S. and Canada, along with a Florida driver’s license, in which she uses the Rothschild name – as well as Ukrainian and Russian passports where she goes by Inna Yashchyshyn and Anna Anisimova, respectively.

Video from the day she met with Trump proves the ruse was in play, as a man notes, ‘Anna, you’re a Rothschild.’

‘You can afford a million dollars for a picture with you and Trump. I’ll tell you want. If you make the next shot, and you hit that cart all the way down there on the left, I’ll give it to you for half a million,’ he says while she hits golf balls.

When speaking to the Post-Gazette, however, she said, ‘I think there is some misunderstanding.’

Yashchyshyn said any passports or driver’s licenses using the Rothschild name had been fabricated by her former business partner, 44-year-old Valeriy Tarasenko.

‘That’s all fake, and nothing happened,’ Yashchyshyn said.

The various IDs have been turned over to the FBI, the Post-Gazette said.

Yashchyshyn also said she was speaking to the FBI on August 19.

The Florida driver’s license shows an address for a mansion where Yashchyshyn never resided.

Adding another layer of complexity, she and Tarasenko are in a legal dispute, with him accusing her of being a grifter who took advantage of older men and was abusive toward his daughter – a claim she denies.

She claimed in court that Tarasenko was a violent criminal who previously held her hostage.

Both had connections to a fraudulent charity, the paper found.

Their legal battle is shedding more light on any investigation into Yashchyshyn.

Tarasenko told the Post-Gazette he’s met twice with the FBI to discuss Yashchyshyn’s trips to Mar-a-Lago.

In court documents Tarasenko said that Yashchyshyn used ‘her fake identity as Anna de Rothschild to gain access to and build relationships with U.S. politician[s], including but not limited to Donald Trump, Lindsey Graham, and Eric Greitens.’

Greitens held a fundraiser at a mansion nearby Mar-a-Lago, owned by Trump, where Yashchyshyn was also invited, the Post-Gazette said.

LeFevre also recalled Yashchyshyn hanging out with Giulfoyle and several other Trump donors after driving people back to Mar-a-Lago from the golf fundraiser where she met Trump and Graham.

‘We hung out at the pool, like, three or four hours, just drinking rosé and having a great time,’ LeFevre said.

He said he wed Yashchyshyn in 2011 so she could obtain U.S. residency, and subsequently divorced in 2016.

He told the Post-Gazette that the agents were looking for her in connection with something ‘illegal – cheating people and stealing money,’ Golubev alleged.

Eventually members of Trump’s inner circle were informed Yashchyshyn was a fraud by Dean Lawrence, a Florida-based music creative director, when he was visiting Mar-a-Lago.

He had met Yashchyshyn in her role as president of the Rothschild Media Label, which was promoting her business partner Tarasenko’s teenage daughter whose stage name is ‘Sofiya Rothschild.’

‘I want to clear something up with you. I want you to know that she has nothing to do with the Rothschilds. Don’t get involved in any kind of business with her,’ he told the Post-Gazette he informed Trump campaign donor Richard Kofoed and Trump campaign official Caroline Wren.

Lawrence said of Kofoed ‘his eyes were wide open.’

‘He said to me, “That’s exactly who I met. She came to my house,”‘ Lawrence recalled.

Wren ‘created a group chat’ to warn others about the imposter.

‘What I’m trying to understand is how did they allow this?’ Lawrence said. ‘How could someone keep coming back – at that level? This is Mar-a-Lago.’