Columbia University Irving Medical Center appears to have quietly scrubbed any evidence of its longtime relationship with Dr. Mehmet Oz just as his Pennsylvania senate run heats up.

Oz., 61, is a trained heart surgeon who has been a professor at the Columbia University Vagelos College of Physicians and Surgeons since 2001.

In January 2022, Oz’s title with the school was changed to professor emeritus – ostensibly meaning he was retired but still affiliated with the school, the Huffington Post reported.

But around the same time, the school also scrubbed its website of all personal pages affiliated with Oz, the Daily Beast reported for the first time on Friday. Currently, there is no mention of Dr. Oz on the medical center’s website – save for a dated faculty listing for the celebrity doctor which lists him as a ‘special lecturer.’

The message on the listed phone number even directs callers to ticket sales for his now-defunct TV show, the publication reported.

Efforts to reach both the medical center and Oz were unsuccessful – and his current status with Columbia University is unclear.

But the news comes amid renewed criticism of Oz from the medical establishment after the Trump-endorsed candidate spent the past year touting the benefits of hydroxychloroquine in treating COVID-19 – despite little evidence of its effectiveness.

During his career with the Columbia University Medical Center, Oz held titles such as Vice Chair of Surgery and Director of Integrated Medicine

The first calls for Oz to be fired from his position with Columbia came in April 2015 after he was accused of pushing highly debatable medical advice on his syndicated TV show.

Those calls came in the form of a letter that was signed more than 1,300 physicians.

The letter accused Oz of ‘disdain for science and for evidence-based medicine.’ At that time, Columbia stood by the doctor.

During his career with Columbia, Oz held titles such as Vice Chair of Surgery and Director of Integrated Medicine.

Summers told The Daily Beast, ‘Their handling of his status there is a massive blot on their reputation. What a chickens**t thing to do.’ 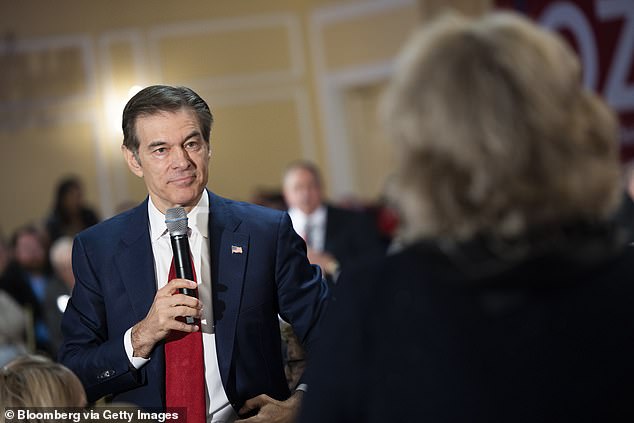 Recent polls show that despite Donald Trump’s endorsement, Dr. Oz is trailing the race of the GOP’s nomination in Pennsylvania

Oz, who has for years been accused of spreading medical misinformation – including claims that there was arsenic in apple juice and pushing green coffee extract as a miracle weight loss drug – appeared before a Senate committee hearing in 2015 over some his claims.

Medical ethics expert Dr. Arthur Caplan told The Guardian, ‘[Oz has] been a huge danger to public health in the US and around the world for a long time with respect to quack cures for Covid and touting quackery to treat diseases.’

A 2014 British Medical Journal study of Oz’s endorsements found that around half of his claims were not supported by facts.

Following the outbreak of Covid-19, Oz also appeared regularly on Fox News to promote the use of hydroxychloroquine as prevention drug against the virus. That viewpoint was later promoted by then-President Donald Trump. 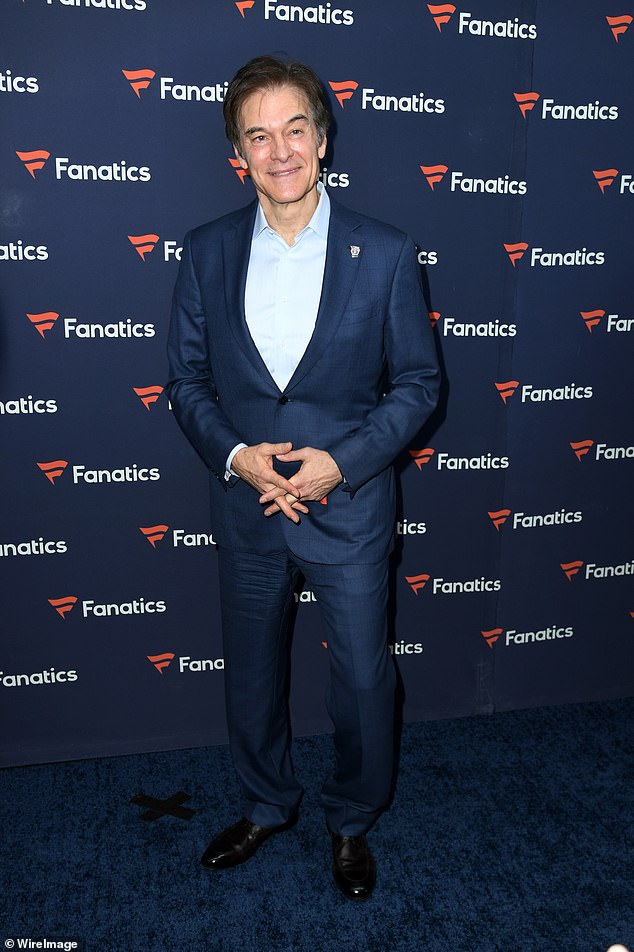 Dr. Oz ended his highly successful television show in January 2022 as he began his run for the nomination in Pennsylvania

He promoted the drug heavily on ‘The Dr. Oz Show’ in the early days of the pandemic. He mentioned it and chloroquine, a similar drug, during more than 25 appearances on Fox in March and April 2020, according to the New York Times.

The World Health Organization does not recommend hydroxychloroquine for the prevention or treatment of coronavirus, citing the risk of heart rhythm problems, blood and lymph disorders, kidney injury and liver failure.

In April 2022, Oz was said to have bought more than 2,000 doses of hydroxychloroquine that was to be used in a medical study.

When Oz announced his plan to seek the GOP nomination for Pat Toomey’s senate seat, he stated his belief that many 700,000 Covid-19 related deaths in United States could have been preventable. 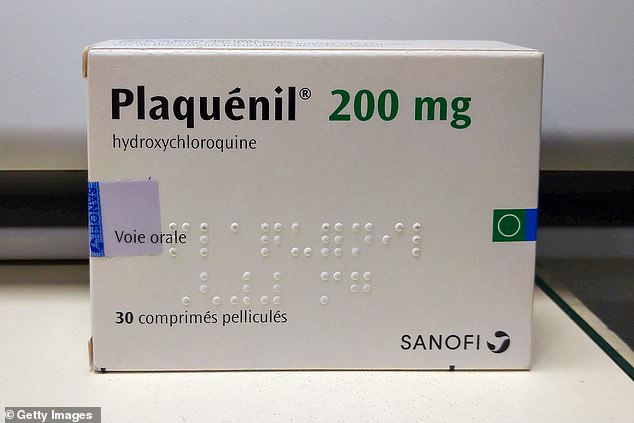 Toomey announced his intention to not seek the Republican nomination in 2020. In February 2021, Toomey was one of the seven Republican senators who voted to convict Donald Trump of incitement of insurrection during his second impeachment trial.

Recent polls show that Oz is trailing hedge fund manager David McCormick in the race for the Republican nomination. Trump is expected appear with Oz at an event on May 6th, 2022 in Greensburg.

In endorsing Oz, Trump made reference to the doctor’s successful TV career which the former president described as being ‘like a poll.’