Copyright 2021 - All Right Reserved
Home » Taking vitamins in liquid form means they’re absorbed …but are they worth it?
Health

Taking vitamins in liquid form means they’re absorbed …but are they worth it?

Thinking of taking a supplement?

That doesn’t just mean pills, now you can buy everything from iron to vitamin C and calcium in liquid form — and ingesting them in this way could be better for you.

‘Conventional tablets are dissolved slowly in the digestive system which can mean absorption is reduced because some of the nutrient passes as waste before it’s absorbed into the bloodstream,’ says Aidan Goggins, a London-based pharmacist and independent adviser to the supplement industry.

‘Liquid forms are already dissolved and so will often be absorbed faster and more completely. Liquid also allows for larger doses to be used and can be invaluable for people who have problems swallowing pills.’

However, this often comes at a price — liquid supplements can cost three times as much as pill equivalents. So which are worth splashing out on?

Here, experts assess some of the newest products; we then rated them. 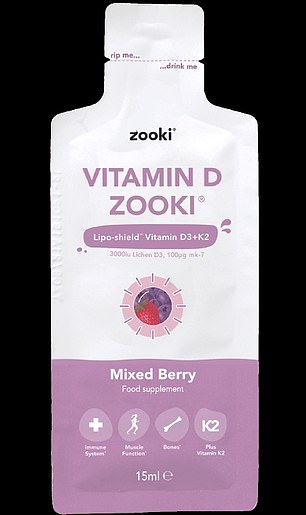 Claim: A berry-flavoured liquid with vitamin D3 (3,000 international units, IU) and vitamin K2 (100mcg), which the maker says will ‘aid your immune system, muscles and bones’. The vitamin D is wrapped in a fatty layer said to ‘increase bioavailability [the amount we can absorb].’

Expert verdict: ‘Vitamin D influences many of our cells at a genetic level, making it vital for our health,’ says Aidan Goggins. ‘Benefits include supporting bone health and immunity.

‘The vitamin K2 in this will help unlock the bone benefits of vitamin D by aiding the body’s uptake of calcium.

‘Vitamin D is fat-soluble, so best absorbed with fats — such as the sunflower oil contained in this liquid. But you can also take it with a meal containing fat.

‘This formulation also uses a “lipid vehicle” — fat bubbles — around the vitamin to protect it from the stomach acid, so it’s delivered intact into your blood.

‘But getting the dose right is vital. A 2017 study in The Lancet found correcting vitamin D deficiency in over-50s reduced falls by two-thirds.

‘But too much (blood levels above 100nmol/l) led to an increase in falls, probably because in the long term, excess vitamin D increases activity of osteoclasts, cells that break down bone.

‘This dose of 3,000IU — the recommended daily amount is 400IU — would only be appropriate for people with a deficiency and not for general use: studies show 1,000IU daily in winter is enough.

Claim: A single serving (three drops a day) contains 100mcg of selenium. The maker says the liquid form means ‘the body is able to absorb it better, faster and at higher amounts than from a capsule’.

Expert verdict: ‘Adequate selenium (75mcg per day for men, 60mcg for women) protects against cell damage through its antioxidant and anti-inflammatory actions,’ says Aidan Goggins. ‘Moderate deficiency — as found in 80 to 90 per cent of Britons — has been linked to increased infections, male infertility and a decline in immune and thyroid function.

‘Selenium gets into our food through soil, but intensive farming has decimated levels in recent years, so while you get some by eating grains and nuts, for instance, supplementing is sensible.

‘But the added cost [the pills cost from £1.16 per month compared with £5.50 a month for the drops] is only useful if you can’t swallow tablets.’ 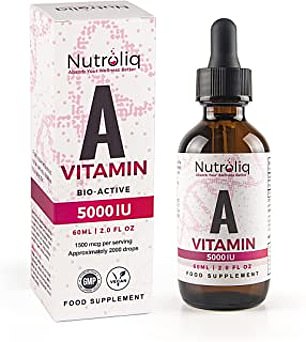 Claim: This vitamin A (5,000IU) liquid promises to ‘nourish your eyes’ and ‘strengthen your immune defences and bone strength’.

Expert verdict: ‘It is recommended that children up to five years receive vitamin A,’ says Aidan Goggins.

‘However, adults should be able to get all their vitamin A needs by eating dairy, fish, fruit and veg. The problem with supplements, especially higher doses as here, is that vitamin A accumulates over time in our tissues, which can cause damage.’

The NHS website says the recommended daily limit is 4,000IU.

‘The dose here, if taken for several months, is close to the threshold above which studies have found bones can become more fragile,’ says Aidan Goggins.

‘I’d recommend consuming most of your vitamin A in the form of beta-carotene, the precursor nutrient our bodies then turn into vitamin A as needed — there’s no toxic level for beta-carotene, which is found in green leafy veg and orange fruit.’

Claim: High-strength vitamin B12 which ‘bypasses the digestive system and is absorbed rapidly into the bloodstream’.

Expert verdict: ‘Vitamin B12 is essential for energy, red blood cell production and keeping nerves healthy,’ says Aidan Goggins. ‘But as it’s found in meat and dairy, deficiency is common in vegetarians and vegans, or the elderly whose reduced stomach acid makes it harder to absorb it.

‘The manufacturer seems to have overstated the advantage — the liquid would only bypass the digestive system if it were absorbed via the cheeks, teeth and gums or under the tongue. This would require holding the liquid in your mouth, rather than swallowing it, or placing drops under your tongue.

‘Another issue is the high dose, 500mcg (50mcg is recommended) — research suggests the gut is unable to absorb this much in one go, so the rest is wasted.’

‘The advice is to eat 500mg per day — found mainly in oily fish.

‘Cod liver isn’t the richest source, and to get meaningful amounts of omega 3 from cod liver oil generally requires swallowing huge capsules. So the liquid form is much easier to take and has the added benefit of retaining the other nutrients found naturally in cod’s livers — vitamins A and D, which boost our absorption of omega 3.

‘However, this doesn’t contain masking flavour or sugar.’

Expert verdict: ‘Calcium is important for bone health as it forms the central hard “core” inside them,’ says Lindsy Kass, a sports and nutrition scientist at Hertfordshire University.

‘All four nutrients work together to optimise absorption of calcium, but the doses are too low.

‘A 2007 review in The Lancet found that supplementing over-50s with 1,200mg calcium and 800IU of vitamin D could prevent bone loss and fractures — but a serving of this provides around a quarter of that.

‘Sugar is also the second ingredient. Plus the shelf life is shorter than tablets — three months versus one year plus.’ 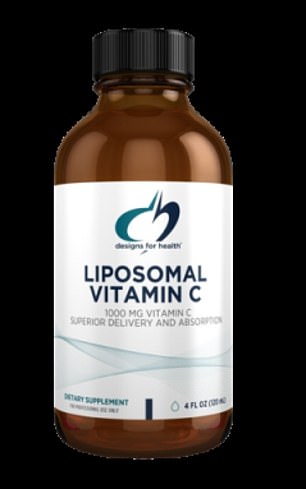 Expert verdict: ‘Vitamin C deficiencies are rare — the recommended intake for adults is 40mg daily (equivalent to half a glass of orange juice),’ says Lindsy Kass. ‘The liposomal technology used here forms a protective fat bubble around the vitamin C so it survives stomach acid and enters the bloodstream.

‘However, the body tightly controls vitamin C concentrations in the blood. Up to a 180mg dose, your body can absorb between 70 to 90 per cent, but this goes down to 50 per cent with over 1,000mg per day, because “transporters” in the small intestine become saturated. So a high dose will just be removed in urine.

‘This also has a high salt content and is pricey.’

Expert verdict: ‘There’s some evidence that liquid iron may be easier to absorb than tablets,’ says Lindsy Kass — ‘and the iron gluconate [a salt] here is better than the iron ferrous salts most iron supplements contain, which are harder to absorb and can cause stomach irritation and nausea.

‘However, the dose is quite low [the recommended daily amount is 14.8mg for women; 8.7mg for men], although you may be able to make up the rest with diet.’ 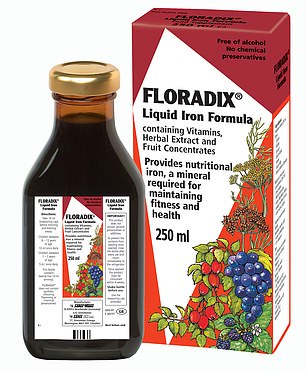 Claim: Invented in 1916, Floradix contains iron, B vitamins and vitamin C for fatigue.

‘The usual absorption of ferrous gluconate in the body is only around 10 per cent, but adding vitamin C can increase this percentage as it bonds to iron particles, which helps them to dissolve more completely in the gut.

‘However, we know that for any meaningful improvement we need at least 7mg of vitamin C for every 1mg iron. This may not have enough vitamin C to cut it.

DR ELLIE CANNON: I’m on pills to thin my blood, so is it risky to...

Drug marked as ‘beginning of the end for dementia’ in doubt over brain bleed...

Being lonely for 3m Britons is as bad as heart disease. But our guide...