Hepatitis drugs among the most expensive in the US

A report published this month by Nice Rx finds that Americans spend around $1,011 per person every year, more than 25 percent more than its nearest peer nation, with the cost of many drugs having doubled over the past ten years.`

The most expensive drugs included in the report were Harvoni, a hepatitis C drug  produced by pharma giant Gilead, for which the average prescription costs $29,238 before insurance adjustments, and Stelara, a psoriasis drug developed by J&J, a 19,607.

One report states that production of Harvoni costs $2 per pill, for which there are usually around 84 in a single course, meaning the price is marked up around 175-fold on average, per the Nice Rx report.

The drug that’s price raised the most was Humulin, an insulin manufactured by Eli Lilly, which had its price jump a whopping 1,070 percent over the past ten years – making it one of four diabetes drugs that had its price at least double over the decade.

None of Gilead, Johnson & Johnson or Eli Lilly responded to a DailyMail.com inquiry as to why the company’s felt the drugs needed to be priced as such.

Harvoni, which was the most expensive of the drugs, costs $2 per pill to produce,  according to Greg Jeffreys, an Australian hepatitis expert, with each course of the drug including around 80 pills.

The United States has become famous for its high drug prices, with many across the aisle pointing to either big pharma companies’ greed, middle-men like pharmacy benefit managers, and both too much or not enough government regulation.

While the U.S. spends over $1,000 per resident on prescription drugs, Scandinavian region nations like Norway and Sweden spend $401 and $351 on them respectively.

Of the ten countries in the Nice Rx report – which included the U.S., Canada and eight European countries – on Switzerland was the closest to America in drug spending, with $783 being spent per every resident.

The researchers also gathered median prices across eight popular drugs, and found that Americans were paying 307 percent the median price of drugs from across 50 nations.

Insulin has long become the face of rising prices, with even President Joe Biden stating he would make it a priority to bring down costs – as President Donald Trump had done before him. 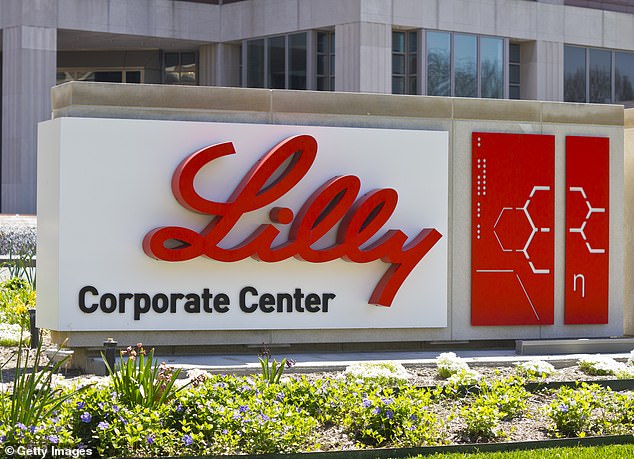 Two insulins produced by Eli Lilly are among the drugs which have experienced the most price growth over the past ten years, according to the report

Humulin is a neutral insulin that patients who use it will need regularly in order to properly manage their diabetes. Without it, they could suffer a diabetic coma, loss of limb, blindness, or even death.

It is not the only type of insulin to experience a massive shift in prices over the past ten years, though.

Other drugs that experienced large surges in price include the kidney disease drug Renvela (manufactured by Sanofi) had a 355 percent jump in price, the pancreas drug Creon (Abbvie) had a 223 percent jump, and the menopause drug Premarin (Pfizer) also jumped 215 percent. 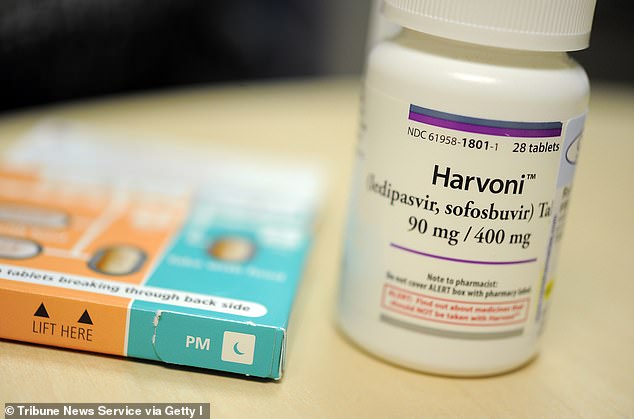 Harvoni, manufactured by Gilead, can cost an uninsured person around $30,000 for the average prescription

A hepatitis drug, Harvoni, being the most expensive could be a concern at the moment, as the rare kidney infection is starting to once again rise around the world, with nearly 200 cases detected worldwide in recent months.

Stelara was the only other drug included in the report that cost more than $10,000 for the average prescription.

Florida and New York, which also have the next two highest populations in the U.S., also come in third and fourth in overall drug spending.