Kim Kardashian and her boyfriend Pete Davidson took the opportunity to catch up with billionaire Elon Musk at the 2022 Met Gala on Monday.

The 41-year-old Kardashians star and the 28-year-old SNL fixture were seen chatting with the Tesla founder and her mother Kris Jenner’s boyfriend Corey Gamble after walking the red carpet at the event in Manhattan.

Although Kim appeared to be wearing the same dress worn worn nearly 60 years earlier by Marilyn Monroe, she changed into a replica of the iconic outfit once inside the event so as to preserve the timeless treasure. 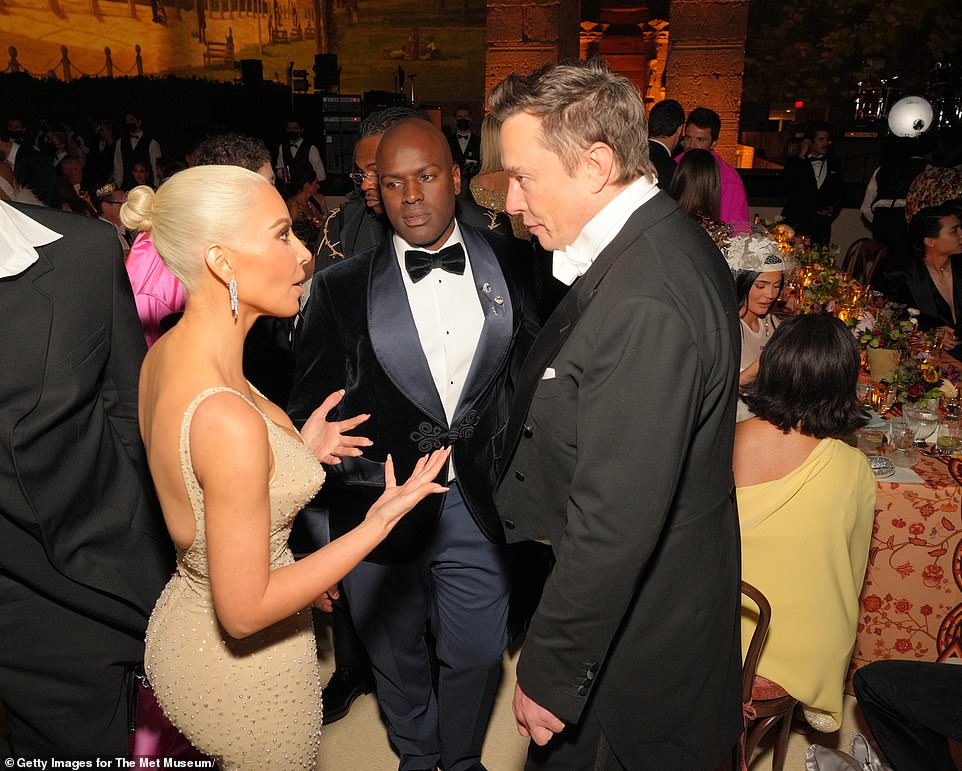 Swapped-out dress: The billionaires were also seen conversing with Kris Jenner’s boyfriend Corey Gamble. Kim changed out of her original 1962 Marilyn Monroe gown into an exact replica of the iconic outfit