Kylie Jenner left many scratching their heads as she stepped out of her hotel in New York City en route to the star-studded Met Gala.

The 24-year-old makeup mogul emerged in a bizarre ruffled wedding dress styled with a white backwards baseball cap with a netted veil.

Kylie was accompanied by her older sister Khloe Kardashian.

Bizarre: Kylie Jenner left many scratching their heads as she stepped out of her hotel in New York City en route to the star-studded Met Gala 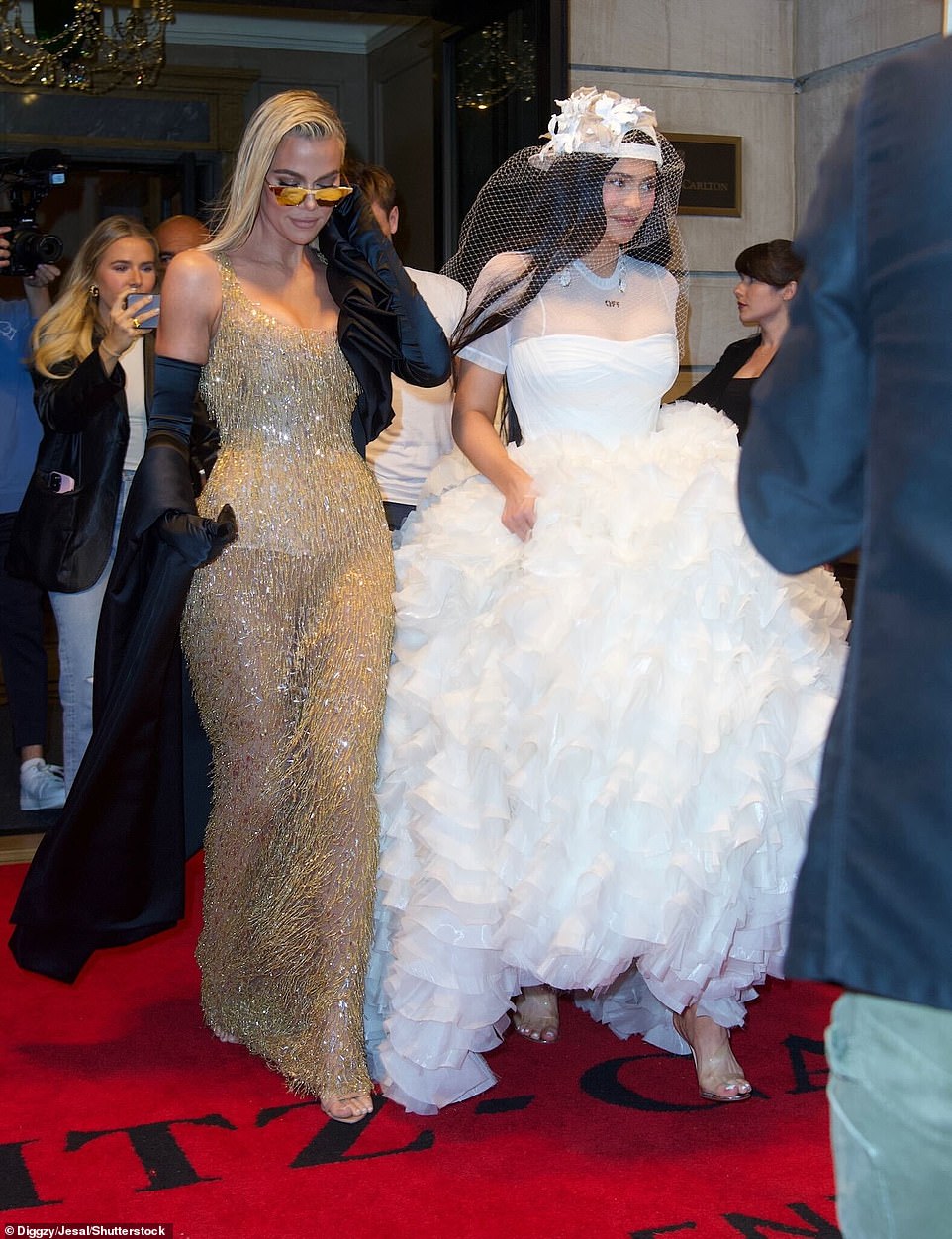 Ready for the altar? The 24-year-old makeup mogul emerged in a bizarre ruffled wedding dress styled with a white backwards baseball cap with a netted veil

This year’s dress code is ‘gilded glamour’ to match the theme of ‘In America: An Anthology of Fashion,’ a continuation of last year’s ‘In America: A Lexicon of Fashion.’ 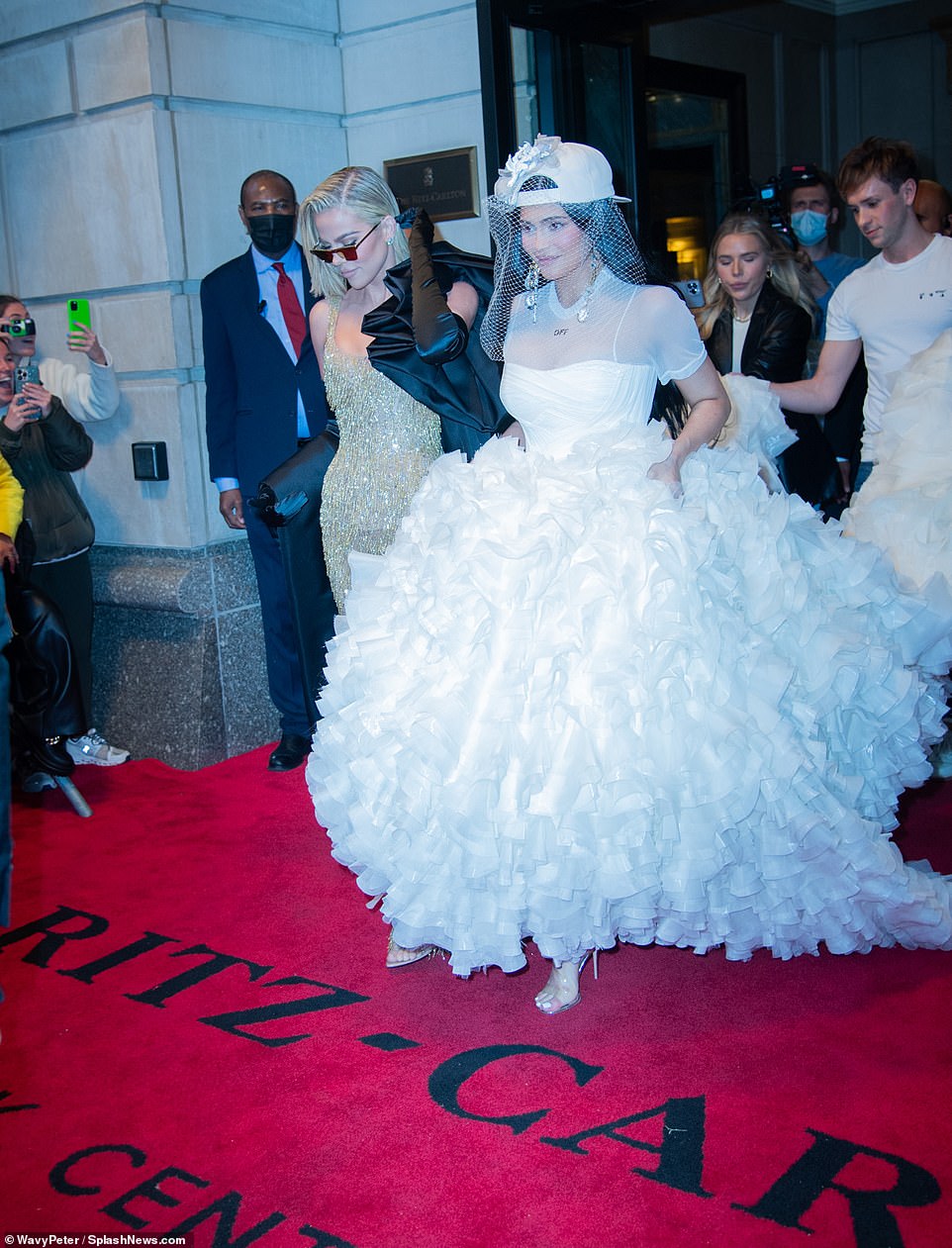 Exit: She was bombarded with flashes as she made her way from her hotel to a nearby vehicle 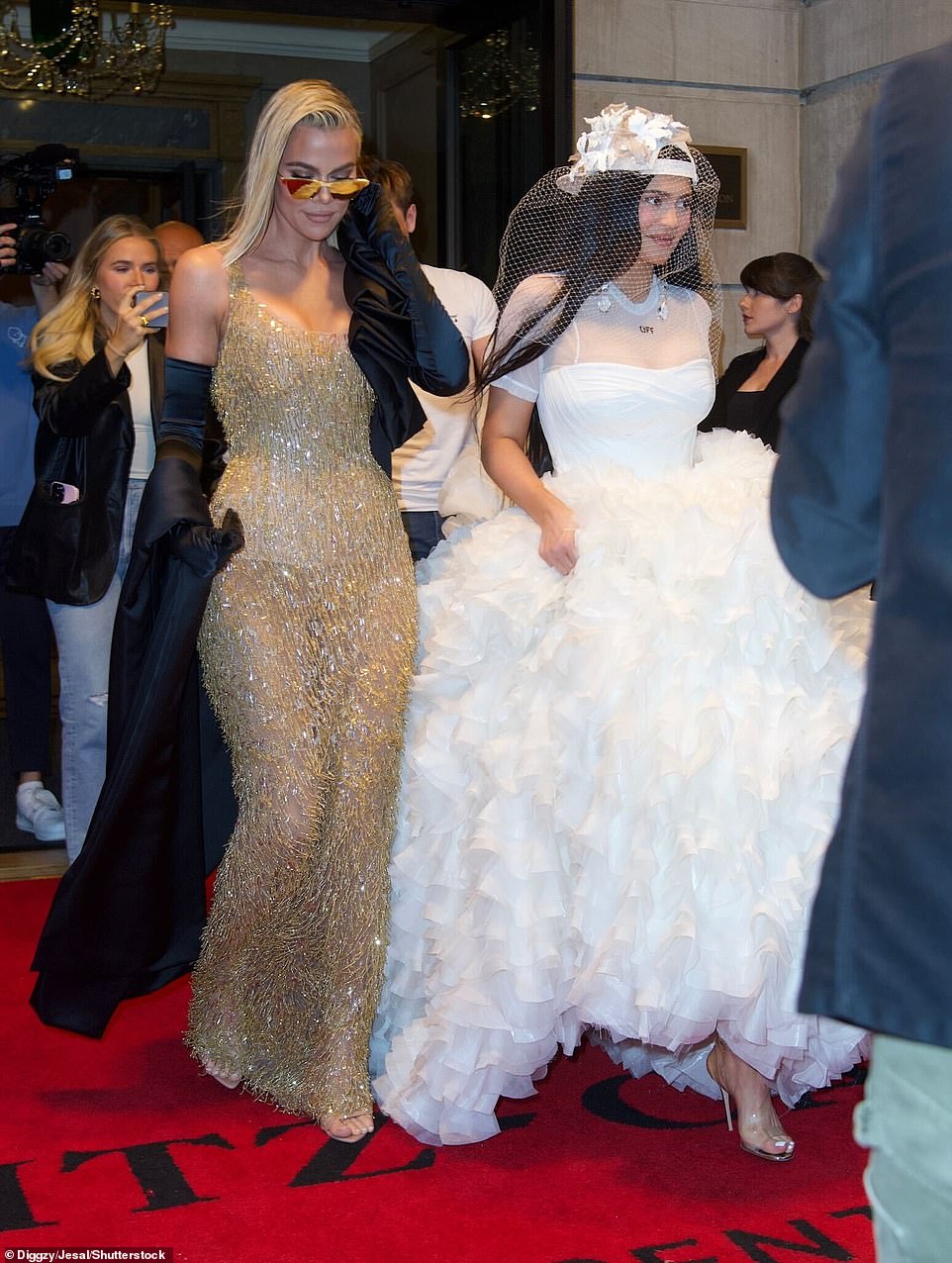 Plus one: Kylie was accompanied by her older sister Khloe Kardashian

This will be Miranda’s first time as a Met Gala co-chair (and guest) but he was originally intended to co-host the 2020 edition before the pandemic forced its cancellation.

Vogue editor-in-chief Anna Wintour is once again supervising the benefit as chairwoman, a position she’s held since 1995. Her fellow honorary co-chairs are designer Tom Ford and Instagram head Adam Mosseri.

Bolton said eight directors will create what he called ‘cinematic vignettes’ in the period rooms of the American Wing of the museum.

Similar to the September event, there will be 400 guests this year, lower than the pre-pandemic highs of 500-600 attendees.

The other four are Ford, the celebrated fashion designer who’s also an acclaimed film director, Janicza Bravo (Zola), Julie Dash (Daughters Of The Dust) and Autumn de Wilde (who directed the Jane Austen adaptation Emma. and is also a photographer).

The first part of the exhibition will remain on display in the rooms of the Anna Wintour Costume Center, along with the second part, until September 5.

More than half the pieces in the opening exhibition will be rotated out and garments from designers not yet featured will go on display.

The Met Gala is a huge money-maker for the museum, and provides the Costume Institute with its main source of funding.

Tom Parker’s widow Kelsey reveals she feels ‘lucky’ to have found ‘soulmate’ in The...

Teresa Giudice is Paris chic as she poses near the Eiffel Tour amid her...