The actress, 43, chose a Lanvin dress for the biggest fashion event of the year, arriving on the red carpet with her suave husband Hugh Dancy.

Claire, who is set to appear in Apple TV+ drama The Essex Serpent next week, looked gorgeous in the ruffled number.

The Lanvin down featured a lace bodice and dramatic ruffled skirt which trailed behind her on the red carpet.

She paired the look with a black netted veil and diamond necklace, while husband Hugh, 46, opted for a doubled breasted white suit by Fendi.

The couple, who married in 2009 and share two children, cosied up during their very glam date night. 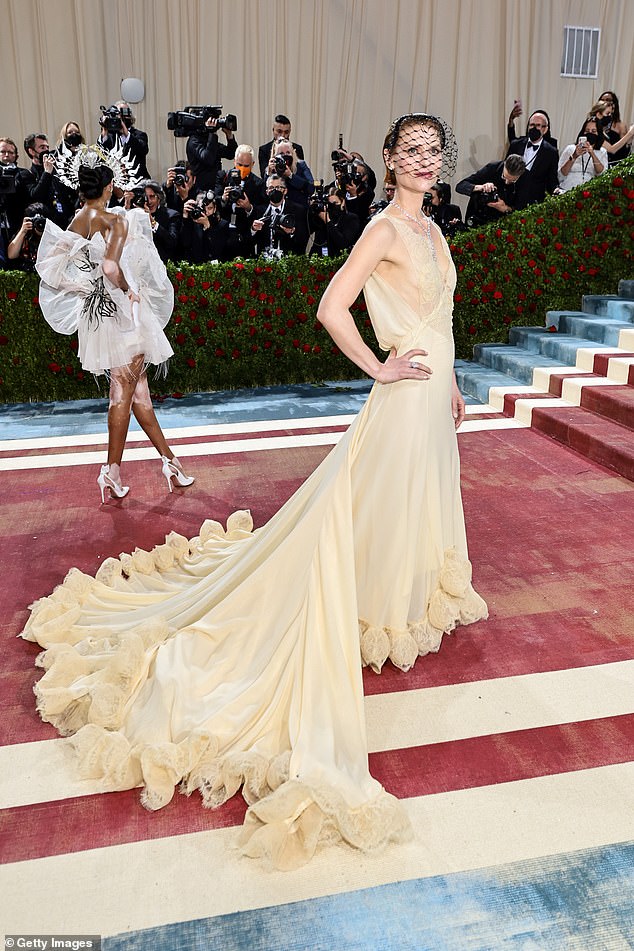 Wow moment: The actress, 43, chose a Lanvin dress for the biggest fashion event of the year, with a dramatic ruffled train

This year’s dress code was ‘gilded glamour’ to match the theme of ‘In America: An Anthology of Fashion,’ a continuation of last year’s ‘In America: A Lexicon of Fashion.’ 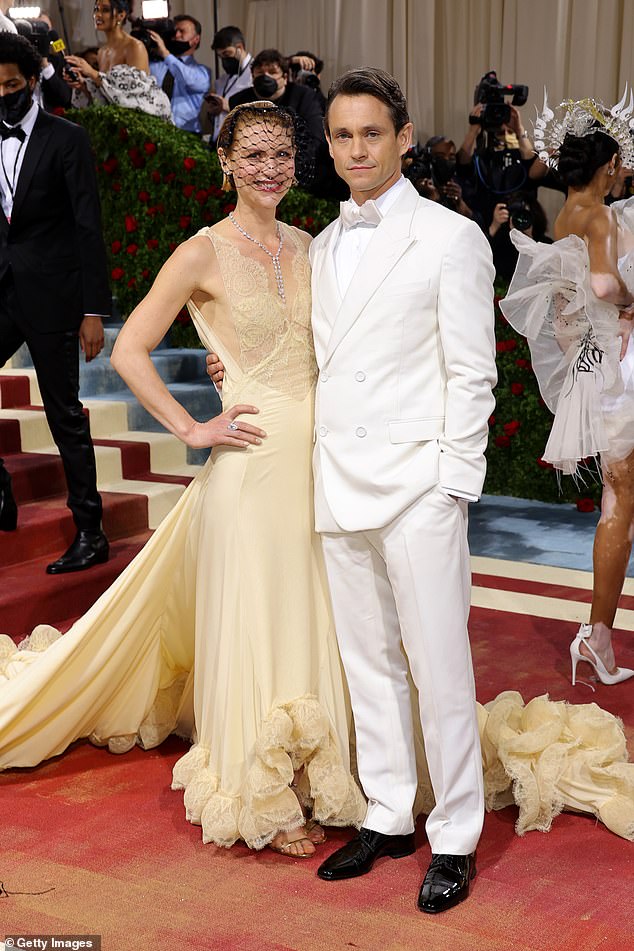 Style statement: She paired the look with a black netted veil and diamond necklace, while husband Hugh, 46, opted for a doubled breasted white suit by Fendi

Bolton said eight directors created what he called ‘cinematic vignettes’ in the period rooms of the American Wing of the museum. 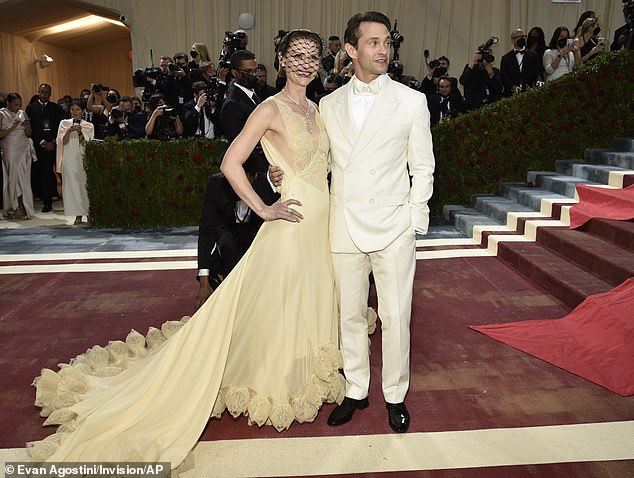 Gorgeous pair: The couple, who married in 2009 and share two children, cosied up during their very glam date night