They’ve been putting on a fashion show of sorts on the streets of Manhattan, and for their Instagram fans and followers, ahead of Monday’s Met Gaga 2022 extravaganza.

And while the anticipation for ‘Fashion’s Biggest Night’ has been building, Gabrielle Union and husband Dwyane Wade have been slipping in and out of an assortment of ensembles for dinner dates, among other afternoon and evening excursions.

For Saturday’s night out, the happy Hollywood power couple, who only just relocated from Miami to LA less than a year ago, stepped out of their Upper East Side hotel walking arm-in-arm, en route to Casa Cipriani’s formal restaurant.

Impromptu fashion show: Dwyane Wade, 40, and wife Gabrielle Union, 49, shared their latest outfits on Instagram before heading out for a dinner date in New York City on Sunday

Union, 49, was sure to turn heads in a full-length red dress that was adorned with a woman’s nearly naked body.

The arty design stretched out along the front, from the neckline down to the bottom, just inches from the end of the piece.

In keeping with woman’s sexy positioning, the designer dressed her in white heels and long black gloves.

There was even a couple of brown plastic cups that were supposed to resemble a bra and her breasts.

Arty: Union turn heads in a full-length red dress, which was adorned with a woman’s nearly naked body, and matched with a pair of black leather boots 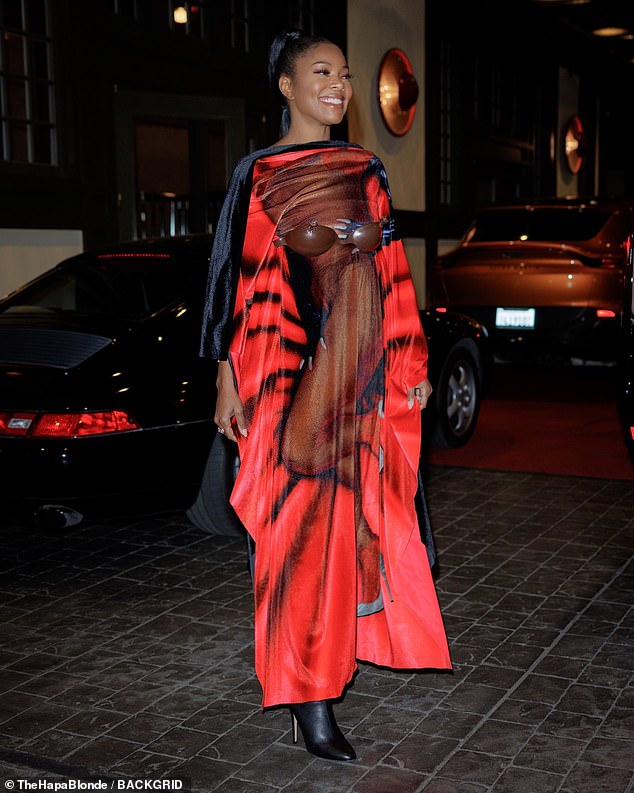 Glowing: The Cheaper By The Dozen star flashed her infectious smile while out on their dinner date at the formal restaurant

Union also donned pair of black leather boots, and had her raven tresses  pulled back off her face in a tight ponytail

Wade, 40, showed off his fashion sense decked out in a shiny black suit that was paired with a white t-shirt and white sneakers.

The couple were able to soak in some of the beautiful and unique views the city has to offer. Located on the water in Lower Manhattan in the iconic Battery Maritime Building, Casa Cipriani overlooks the Brooklyn Bridge and the East River. 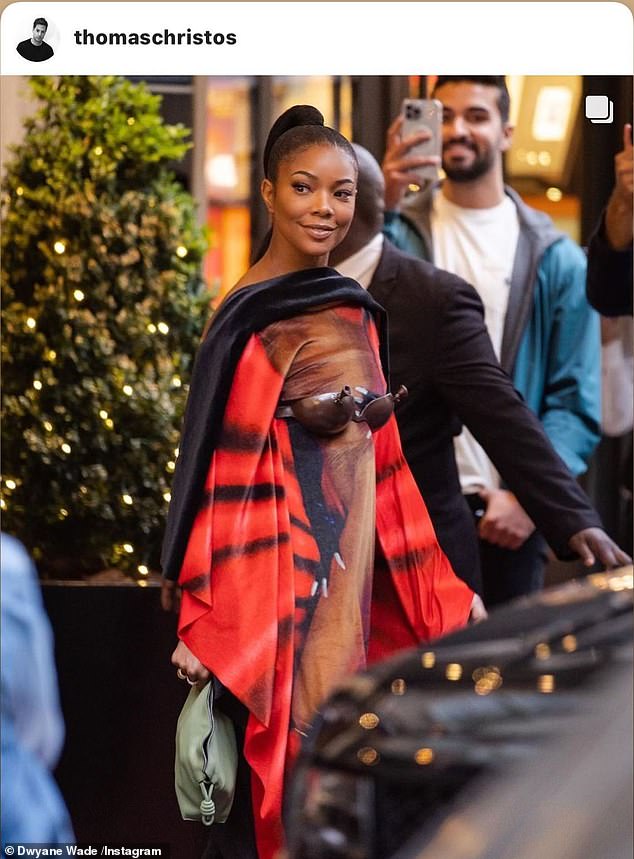 Fan friendly: Fans gathered outside the restaurant to get a photo of the power couple, who only just relocated from Miami to Los Angeles less than a year ago 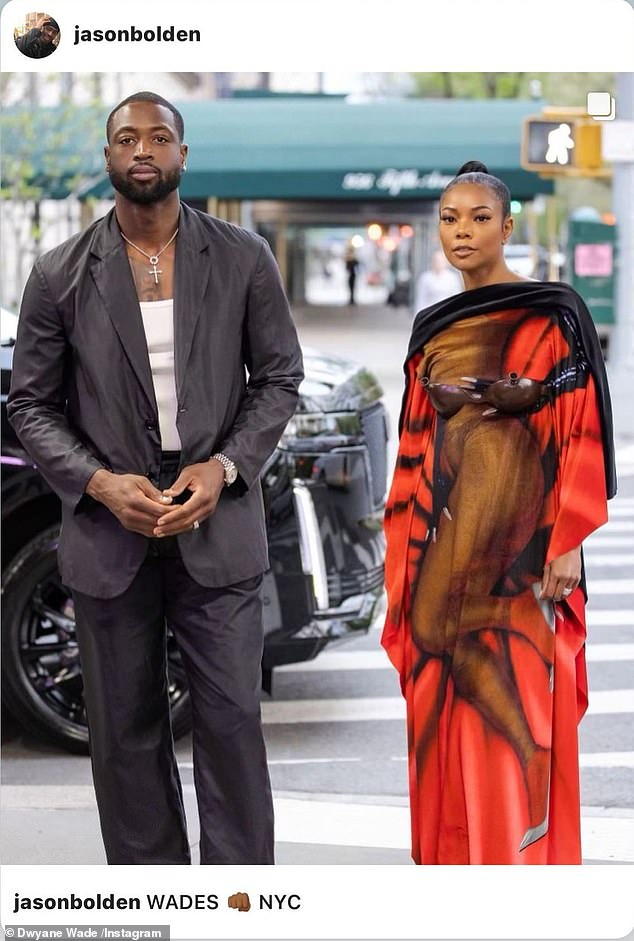 Traditionally held on the first Monday in May, the Met Gala goes off on Monday, May 2, at the Metropolitan Museum of Art in New York City.

The gala is actually organized by Vogue haute couture magazine and marks the opening of the Costume Institute’s annual fashion exhibit on the Upper East Side of Manhattan.

The red carpet festivities are considered the Super Bowl of celebrity red carpets. 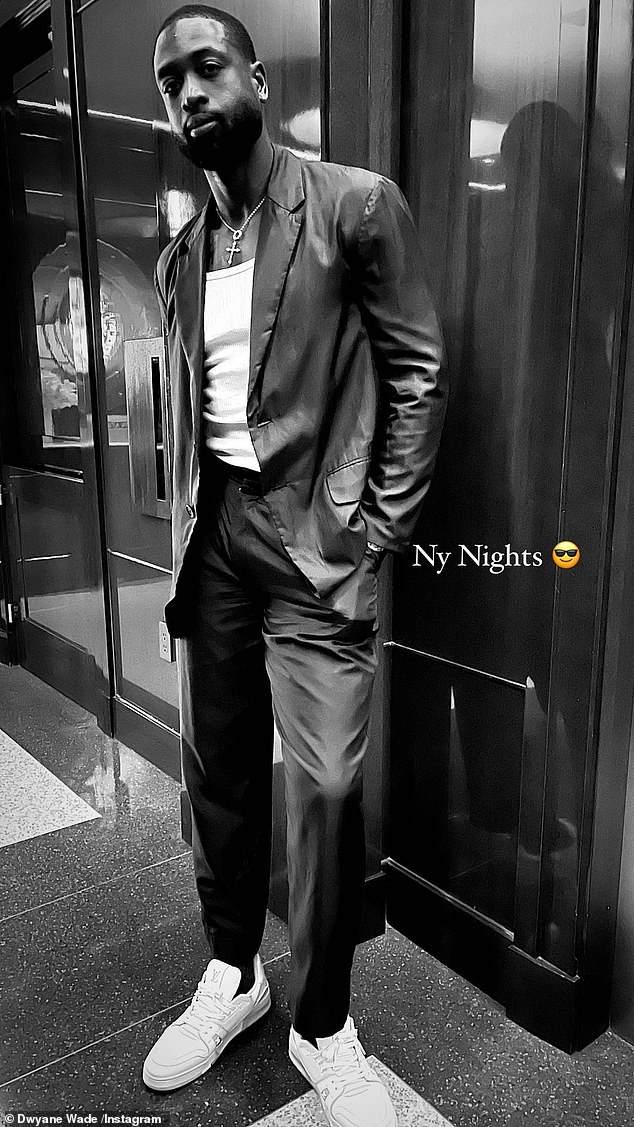 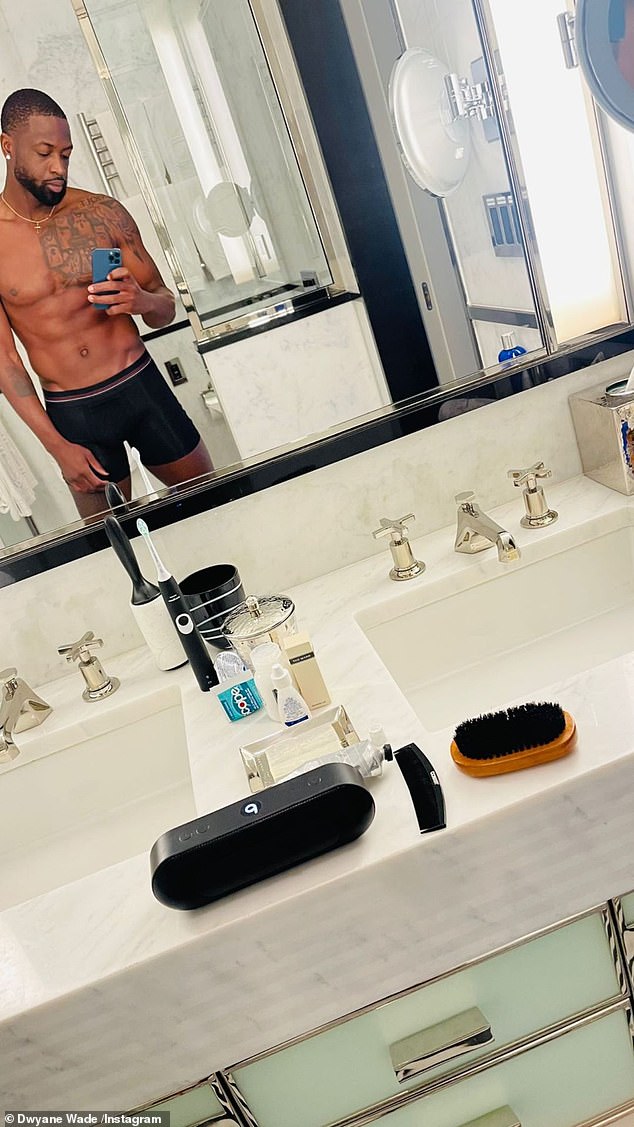 Rock solid: The retired NBA superstar showed off his ripped abs in a mirror selfie 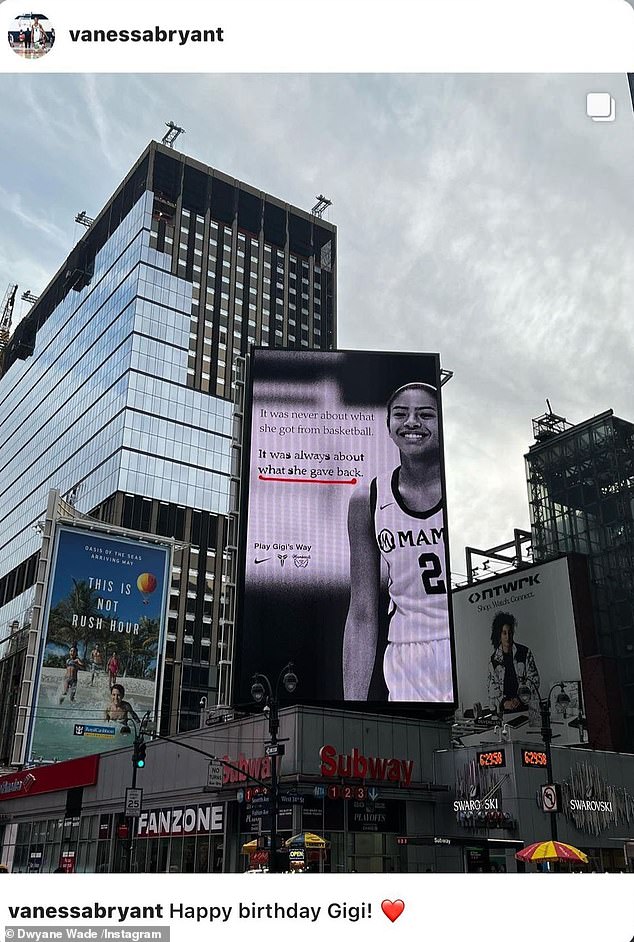 Tribute: The Wades also paid tribute to the late Gigi Bryant, daughter of late Los Angeles Lakers superstar Kobe Bryant and his wife Vanessa, on what would have been her 16th birthday on May1; Kobe and Gigi died in a helicopter crash in January 2020

Gwendoline Christie says starring in Wednesday is the first time she has felt ‘beautiful’...