NatWest has capped off the British banking results season with an impressive performance thanks to interest rate hikes and healthy demand for mortgages.

Profits at the banking giant climbed to £901million in the opening three months of 2022, a 26 per cent increase on the same period last year, even though more and more Britons became affected by a worsening cost-of-living crisis.

The group’s total income jumped above £3billion, higher than analyst forecasts, as growing customer deposits were complemented by a strong recovery in consumer spending following the relaxation of Covid-19 restrictions.

Flourishing: NatWest’s total income jumped above £3billion as growing customer deposits were complemented by a strong recovery in consumer spending

It also received a significant boost from the Bank of England (BoE) raising the base rate three times since December in response to UK inflation hitting its highest level in three decades.

Other major banking businesses, including Barclays, HSBC, and Lloyds Banking Group, reported earlier this week that their income had been elevated by central banks such as the BoE putting up interest rates.

Yet all three of them reported a decline in first-quarter profits, with Barclays being hit by costs related to over-selling financial products in the United States, while the latter two companies set aside money for potential loan losses.

NatWest was affected by higher litigation and conduct costs, but it kept operating expenses flat by reducing employee numbers and office operations, and released £38million in credit impairments.

In addition, the volume of mortgages handed out by the firm grew by £2.6billion, even amidst tightening household budgets, interest rates and the end of the stamp duty holiday.

Continued high demand for properties helped UK house prices climb to a record £267,620 in March, having risen by double-digit percentage figures for 11 straight months, according to data released today by the Nationwide Building Society. 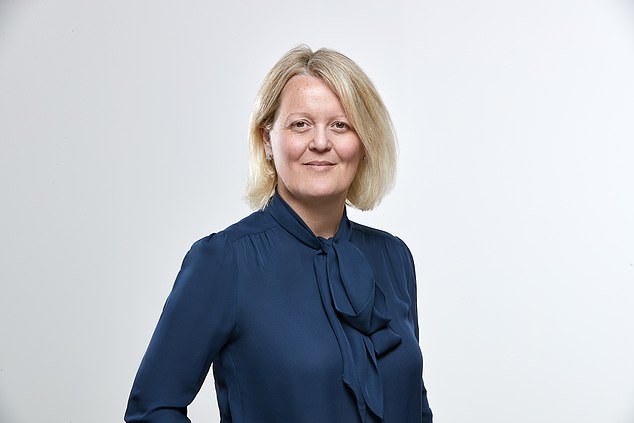 Boss: ‘Income and profits are substantially up, costs are down, and we remain well-capitalised as we build long-term value,’ said NatWest chief executive Alison Rose (pictured)

Alison Rose, NatWest’s chief executive, said: ‘Despite the challenging environment, I am pleased with our performance as we continue to execute well against our strategy, driving sustainable growth and returns.

‘Income and profits are substantially up, costs are down, and we remain well-capitalised as we build long-term value and deliver a simpler and better banking experience for our customers.’

The opening quarter also witnessed the bank return to majority private ownership for the first time after it bought a £1.2billion stake from HM Treasury last month, taking the UK Government’s stake to 48.1 per cent.

Around £45.5billion of public money was spent to bail out the company – formerly known as the Royal Bank of Scotland – during the global financial crisis in 2008/09 after aggressive overexpansion brought it to the brink of collapse.

At its height, British taxpayers owned an 84 per cent share of the business before that began to be progressively whittled down from the middle of the last decade.

The UK Government initially planned to offload its entire shareholding in NatWest by 2023/24, but it extended the timeline by another year because of the pandemic.

‘More than a decade of building capital and liquidity, while at the same time reducing bloated balance sheets and underperforming businesses, has made them significantly stronger.

‘Tough-minded investors still harboured reservations with question marks on how the banks would fare in the next recession and questioned if they would ever make an acceptable return.

‘The banks’ resilience during the Covid recession answered the former question. Q1 2022 results have begun to answer the second.’

NatWest Group shares closed trading 2.2 per cent lower at £2.18 on Friday, although their value has grown by over 93 per cent in the past two years.

Cars with keyless technology are twice as likely to be stolen

Are YOU on a sucker list? Scammers compile databases of scam victims